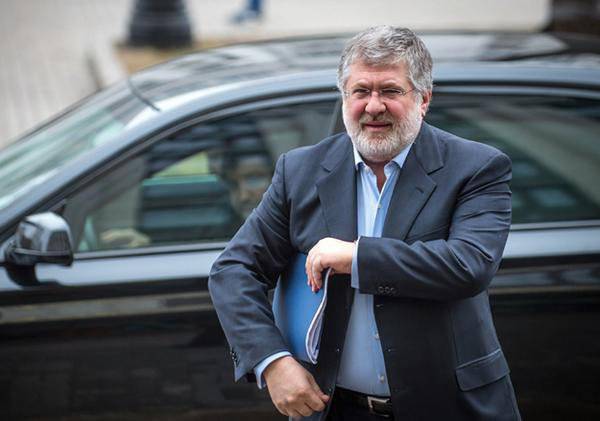 On the essence of the plan "B" Kolomoisky reports Ukrainian portal LB http://lb.ua, quoting the deputy chairman of the Dnipropetrovsk Regional State Administration Mr. Korban:

We invited the leadership of the Zaporozhye region and include them in plan “B”. We technically took upon ourselves the provision of this area, because it is weaker, and we see that the invasion may be, first of all, along the line of the Zaporozhye region. Therefore, we take upon ourselves the supervision of this area and the surrounding areas - in particular, Mariupol and everything behind it.

In other words, Kolomoisky is going to "cover" Mariupol and Zaporizhia region from the advance of the army of New Russia.

Against this background, the Minister of Defense of Ukraine Geletey, whose resignation was demanded by the protesters in Kiev today, states that now all information on the conduct of the so-called "ATO" will be classified. And just a few minutes after the statement of Geletey, the NSDC states that Ilovaisk was taken under full control by the Ukrainian army.

Ilovaisk is under the control of the Ukrainian military. Everything.