Russian paratroopers in Ukraine. Kiev inflated a big soap bubble and is afraid that it will burst

August 29 2014
193
One of the topics whose discussion does not descend from the pages of the media, from forums and social networks continues to be the topic of the appearance in Ukraine of people who call themselves Russian paratroopers. As is known, all the soldiers detained by the Ukrainian side were declared representatives of the 331 personnel of the 98 regiment of the Svirsky division of the Airborne Forces of the RF Armed Forces. There are no doubts that these are Russian paratroopers after they familiarize themselves with the profiles on social networks of people who appear on Ukrainian personnel (well, of course, if you don’t fall into a conspiracy about fake profiles). 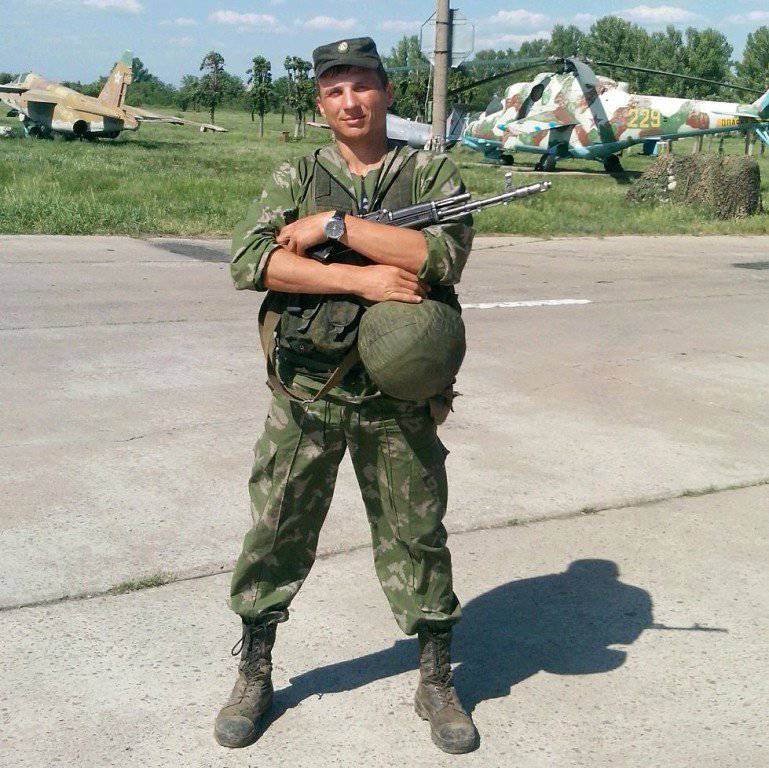 In the photo, Vladimir Savosteyev, who is today in the Ukrainian SIZO, among other servicemen of the Airborne Forces of the Russian Armed Forces

But this is perhaps the only thing in all this stories no doubt.

In clearly directed video performances, the fighters especially emphasize that their regiment is stationed in Kostroma, and Kostroma is the territory of Russia. Apparently, it is designed for the US State Department, in which there are serious problems with geography. Each of the 10 detainees was forced to speak to the camera to say that the regiment was exactly Kostroma, and it was the Russian!

Itself news about the detention of Russian paratroopers in Ukraine for obvious reasons, does not inspire any positive. The main questions that arise in this case among people who are not indifferent to the current situation are (paraphrasing the not quite censored Internet meme): “how?” And “for what specific purpose?”

If we collect bit by bit all the information that concerns the Russian paratroopers crossing the border, the picture emerges extremely strange and kaleidoscopic. After being informed by the Security Service of Ukraine about the detention of the Russian military, people who were at least somewhat familiar with the army’s laws were alerted by some kind of splints and grotesque events. All the servicemen carried documents, personal tokens, and among other things in the BMD-2, in which the soldiers allegedly moved, was discovered, nothing more, the evening calibration journal of the first parachute company of the military unit 74268 (this is already the Pskov Division Airborne). Since when did the Russian army, when fulfilling an order, move into a combat zone (and the Ukrainian side has full confidence that the Airborne Forces have received such an order) since then do they take all personal documents with them, and even grab an evening calibration journal ? In his comments on the materials submitted by the Ukrainian side, the official representative of the Ministry of Defense Igor Konashenkov noted that such a document was not used in the Russian Armed Forces for at least five years.

And the servicemen themselves looked as if they were not airborne soldiers, but schoolchildren whom the director caught with cigarettes around the corner ... Confused people who carried out the order to conduct combat operations look, to put it mildly, strange, especially considering that they are airborne troops !

As soon as news of the arrest of Russian paratroopers, turned into a large Ukrainian performance with local props, the major media outlets went around, people who had supposedly waited with the RBC team, RBC, which is well known, intervened, intervened in the matter. representatives of the Committee of Soldiers' Mothers (CKM) talked with the command of the 98 Airborne Division. It is reported that Colonel Alexander Khotulev (deputy division commander) arrived at the meeting, and allegedly this colonel declared that the personnel of the division suffered losses after an “accidental clash” with the Ukrainian troops. The KCM said that Colonel Hotulev spoke of two dead, ten wounded and nine detainees. At the same time, the representative of the Kostroma branch of the Committee of Soldiers' Mothers, Lyudmila Khokhlova, adds that the KSM of Kostroma did not have any personnel from this meeting, since they were allegedly forbidden to take pictures, take pictures and keep audio recording of the conversation. Well, of course! .. Wow, what crystal clear employees of the KSM are - nobody at the meeting with the command even tried to turn on the voice recorder in order to present the facts later. Or did all the “mothers” personally be searched at the entrance of Colonel Hotulev?

"Military Review" asked for more information about the meeting described in the media Lyudmila Khokhlova and Colonel Khotuleva. The request was addressed to the chairman of the Kostroma regional branch of the All-Russian public organization "Committee of Soldiers' Mothers of Russia" Nina Terekhova. No reply has yet been given.

Meanwhile, military experts express their opinion on the situation with the detained paratroopers in Ukraine. The opinion explains the confusion with which the soldiers appear on the territory of Ukraine. In particular, on the page of the VK "Reports from the militia of Novorossia" appeared a material called "Bandera adopt HAMAS tactics". In the material, the author argues that the abduction of Russian military personnel in the border zone could have taken place.

And everything seems to fit in and fold. ” Like, and Tanks captured paratroopers repainted, glossing over the symbols of the Russian Federation ... But no one is surprised why the military “secretly abandoned” in a foreign country came with medallions, documents, personal items - everything necessary to identify them as Russian military personnel. You can, of course, suspect the “damned militarists” in Moscow of meanness, insidiousness, lies, but blame the Kremlin for idiocy ?!
It seems obscene and simple thing. As you know, Ukrainian Nazis, including army ones, are now being trained by “specialists” from the Islamic Revival Party and the Muslim Brotherhood movement. And these “warriors” from the Middle East were probably one of the first lessons taught science, how to abduct and take hostage soldiers in the border area.

Indirectly, such information can be confirmed by statements by the representative of the Ministry of Defense Igor Konashenkov, mentioned above. According to him, the BMD-2, demonstrated by the SBU, is also in service with Ukraine, and therefore the words that the car belongs to the Armed Forces of Russia are unsubstantiated. That is, there is no evidence to the words of the SBU that the Russian paratroopers arrived in the Donbass on board the military equipment.

Of course, the very posing of the question in the style of "could not the Ukrainian special services kidnap Russian paratroopers?" may seem funny. But is it Ukrainian? Especially if we take into account that even the work of the head of the Security Service of Ukraine Nalyvaichenko is controlled and adjusted by Western special services. And why did not take into account the fact that the fathers-commanders in the army who were ready to sell for a pack of candy wrappers, unfortunately, existed at all times. Or did the fighters themselves prepare all their documents in order to later demonstrate to the SBU? ..

If you rely on this version, then it is quite possible to explain the confusion in the Ministry of Defense after the first reports of the Ukrainian side that Russian servicemen were detained on the territory of Ukraine, as well as allegations that the paratroopers had lost their way. The seizure of Russian military personnel is not such an extraordinary thing. During the Caucasian campaigns, the abduction of Russian soldiers was, unfortunately, commonplace. In some cases, soldiers were abducted for ransom or exchange, in some cases for the purpose of intimidation or tactical bargaining. In the Ukrainian case, all these options may work.

Critics of the mentioned version say: wait, but the fighters were with weapons, and how can you just take and kidnap an armed man? Well, how can anyone prove now that this weapon belonged to the “detained” servicemen? After the Ukrainian fake that Russian journalists from LifeNews allegedly participated in the supply of "separatists" MANPADS, it is generally strange that the SBU paratroopers did not "find" tactical missiles in boxes and SDYAV in ampoules ...

Of course, on the detainees (stolen) of the Russian paratroopers, Ukraine will try to make a large-scale PR campaign about the "clawed paw of the Kremlin" and about the "war between Russia and the Ukrainian people." Well, and perhaps Russia did not have time to develop immunity to these accusations. As if for the first time to hear about the Ukrainian insinuations. If the Ukrainian side continues to insist that the Russian special services stole the pilot Savchenko, what has prevented the Ukrainian special services with a star-striped color to organize the abduction of Russian soldiers from the adjacent territory (or still while patrolling those borders) with good help from Russian officials ? It seems to be conspiracy, but after all the fairy tale is a lie, and in it, as is known, a hint ...

“Detention” of one fighter would look somehow absurd, given the scale of the “war of Russia with Ukraine” that Kiev is talking about, but a dozen privates, corporals and sergeants who are sent to God and for what tasks is the very thing ... Yes and before the Minsk meeting, to make a gift to the leader of the junta Poroshenko ... Now, with this "gift", Kiev rushes, not knowing how else to blow this soap bubble, but at the same time fears that it will burst.