Russia and China: on the issue of partnership in the military sphere

August 29 2014
17
With the beginning of the 2014 Peace Mission, the talks about the vague prospects of Russian-Chinese military-technical cooperation resumed. Experts recalled that Russia could supply China with C-400 systems, as well as some Su-35 aircraft. But here it would be desirable, and it is pricked: Moscow would like to trade with the Celestial Empire, but it is afraid that the Chinese will copy the technique. 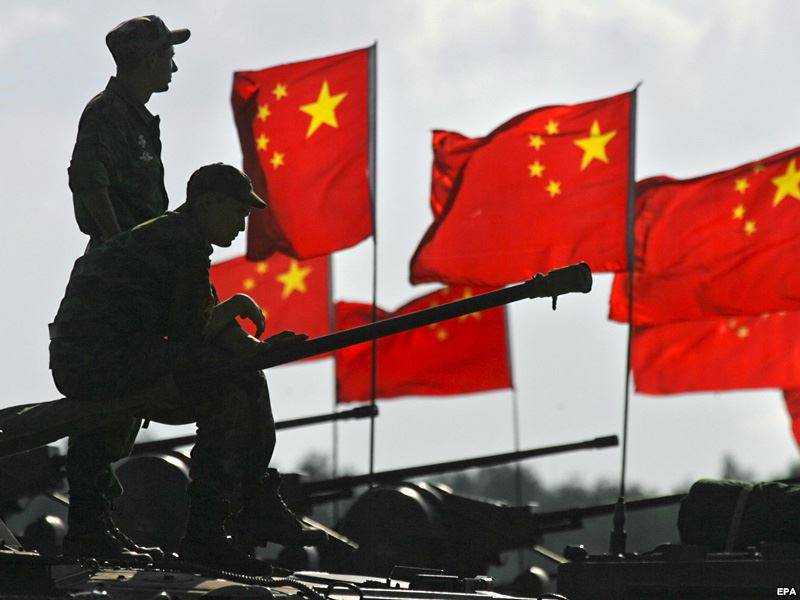 The said exercises involved contingents of the armed forces of the Shanghai Cooperation Organization (SCO) member states. As transmits ITAR-TASS, on Tuesday this week, there was a “dress rehearsal” for a joint anti-terrorist operation with live firing. It took place at the Zhuzhihe proving ground (Inner Mongolia, an autonomous region in the PRC). According to the press service and information department of the Defense Ministry of the Russian Federation, the training operation has completed the combat coordination of the multinational military contingents of the armed forces of the SCO member states participating in the military mission "Peace Mission 2014".

ITAR-TASS specifies that the troops played out four tactical episodes: 1) reconnaissance and observation of the battlefield; 2) joint defeat of the important goals of the enemy; 3) anti-terrorist actions in the locality; 4) pursuit of the enemy in mountainous areas.

As for Russian participation, our country was represented by a motorized rifle battalion at tanks T-72 and BMP-2 with the support of the army aviation (Su-25 and Mi-8AMTSh), as well as artillery (BM-21 Grad and self-propelled artillery systems 2S3 Akatsiya).

Newspaper "A red star" It especially notes that unique conditions have been created at the Zhuzhihe proving ground for practicing combat skills in the city. On a large area built a town with several blocks with multidisciplinary buildings. There is a bank, a cinema, a post office, a supermarket, administrative buildings, different houses, then models of the Christian church, a Muslim mosque, and even a two-level car interchange. In addition, each action of the assault groups is painted in minutes and seconds.

However, military technical cooperation is much more important. And here not everything goes smoothly.

Since early spring, “verified” rumors have been circulating about the upcoming Moscow-Beijing deal to sell the S-400 air defense system. In March, citing one source, Kommersant, the Russian press wrote that Vladimir Putin given agreement in principle on the sale of C-400 anti-aircraft missile systems to China.

As for the talks with Beijing on this topic, which have already turned three and a half years old, they apparently have been going on to this day. It is, as always, about the price, but the main thing is about the quantity. In the spring, the delivery of the Celestial Empire from two to four C-400 battalions (each of which includes 8 launchers) was discussed.

The stumbling block is that Chinese customers want to get complete information about the tactical and technical characteristics of the complex. Lenta.ru rightly notes that the negotiations may take a long time because China systematically copies Russian weapons and military equipment.

While on a working visit to China, the head of the presidential administration, Sergei Ivanov, said that China can be the first state to receive from Russia C-400.

According to him, relations between the two countries are actively developing, including in the field of military-technical cooperation. Earlier, Ivanov, at a meeting with Vice-President of the People's Republic of China, Li Yuanchao, noted that relations between Russia and China are characterized by special trust.

Since then, nothing has been heard about the "progress" with C-400 for the PRC.

In the same June, information about the Su-35 for the PRC was passed in the press.

June 17 in the Moscow Kubinka took place display of this fighter, organized specifically for the military delegation from China.

“This show was organized as part of the preparation of a contract for the delivery of a party of Su-35 fighters to China. Chinese military experts familiarized themselves in detail with the combat and flight-technical characteristics of the aircraft, looked at the aircraft in the air and held consultations on the features of fighter operation, ”an informed source told Interfax. “The conversation was substantive, the Chinese specialists were interested in literally everything,” he added.

On the eve of this demonstration, a meeting was held between the head of the delegation, Zhang Yusya, and Russian Deputy Minister of Defense Yury Borisov, at which the question of preparing a contract for the supply of Su-35 to the PRC was discussed.

There is also information that China will purchase no more than 24 aircraft, and even those that Russia will manufacture to order, adapting the machine to the requirements of the Chinese Air Force. Price 24 aircraft - 1,5 billion.

Earlier, the media wrote about the desire of Moscow to supply China with at least 60 Su-35 airplanes. Then the contract "bar" was reduced to 48 - with the proviso that this is the minimum amount. As you can see, by the summer of 2014, the Chinese had managed to “halve” the “minimum amount”. There are also suggestions that the PRC will not buy more than twelve aircraft.

"In the exciting process of pirated copying weapons and lay the essence of disagreement on the supply of Su-35. The order of 10-12 machines, as Beijing wanted until recently, essentially meant the purchase of several test samples and an “on-demand” test. The Su-35 had something to look at: there was a new avionics, and in particular, the AL-41F1С engine, a slightly disarmed version of the engine - the “117 product” installed not just anywhere, but immediately on the fifth-generation Russian fighter T- 50.

Thomas Newdick in The Week today argues On the same topic, about Su-35:

I mean, of course, Russian supplies. Why can they stop? The author believes that both India and China are building up military forces through their own production. With the difference that production is licensed in India, but not in China.

Precisely because, the author writes, Moscow and increased the internal order for three different "Su". She wants to support the manufacturers: Irkut and KnAAPO, and therefore “buys only a few dozen Su-30М2, Su-30СМ and Su-35С." “These are different modernized versions of the Su-27 1970's,” the analyst points out.

As for the Chinese, who want to buy the Su-35, then we will probably hear about them soon.

The aforementioned Konstantin Bogdanov does not consider relations between China and Russia in the military-technical sphere allied. Extremely pragmatic, reaching cynicism:

“From the very beginning, there was no romance in the military relations of Russia and China - moreover, on both sides he saw polite, but undisguised cynicism in his very best edition. Both sides only thought about how to use the “great neighbor” at their side to realize their current interests. That is why it is erroneous to even talk about signs of a possible military alliance. ”

The possibility of a military alliance is also denied by the chairman of the presidium of the Council on Foreign and Defense Policy, Fedor Lukyanov. According to him, which leads "Free press"“All Russian-Chinese exercises are proceeding according to scenario plans not to prevent any real threats, but rather an abstract fight against terrorism.”

There is no military-political rapprochement between Russia and China:

“In practice, I think not. China fundamentally does not enter into military-political alliances. His line in this sense is identical to the Russian one: not to limit his sovereignty and freedom of hands to entering into any binding relationship.

In addition, right now, China is taking a rather tricky position. He does not support the anti-Russian campaign, does not support sanctions against the Russian Federation, but at the same time does not support Russia. Beijing is limited to silently following the actions of Moscow - first in the Crimea, now in the situation around Donbass. This fact, in my opinion, once again proves that we have no real military-political interaction with the People's Republic of China, and it is unlikely that it will appear in the near future. ”

However, there is a different opinion.

Academician of the Academy of Geopolitical Problems, Colonel-General Leonid Ivashov about the prospects for military cooperation between Russia and China told the Free Press the following:

“Military cooperation within the framework of the SCO is now clearly activated. And the most large-scale cooperation, naturally, goes along the Moscow-Beijing line. This is not just about the supply of Russian weapons by the PRC — they also designate projects for joint weapons production, as well as military equipment production.

Due to the fact that the West is imposing sanctions against Russian defense enterprises, this area of ​​cooperation will only expand. I am sure that in the near future, closer contact will be established between the ministries of defense of China and Russia, and training of Chinese soldiers in Russian universities, and political consultations on military issues ... "

To this we must add that China and Russia today are nevertheless strategic partners "willy-nilly" - because of Western sanctions, which the USA and Europe "punished" Russia for the "annexation" of the Crimea and, in general, for the "Ukrainian crisis." Washington wanted to win over China, but it didn’t work. After all, China wants to buy Russian gas, and even inexpensive.

The White House under Obama changed priorities. Today, the United States considers the “pivot” geopolitical (and “defense”) strategy of the Asia-Pacific region, where Japan and other territorial “disputants” with China are slowly swaying. Beijing can not ignore this and not take into account. That is why he refused to support the United States sanctions against Russia.

And China will copy the Russian military equipment, there is no doubt about that. Consuetude est altera natura. Habit is second nature.