August 28 2014
145
A stunning gift for Independence Day received a neo-Nazi regime from the army of New Russia. While Poroshenko arranges parades and plays the play with the lost Russian paratroopers, forgetting about the lost Ukrainian BMP in June, nine thousand of the Ukrainian military and Bandera militants from the death battalions are dying surrounded.

Hide such successes militia turned out to be impossible. The only way out that the false Ukrainian media found was to smear the effect with fables about the incredible losses among the militia. As always, the “heroic” battalions destroy several hundred militiamen a day, but at the same time they are surrounded by the fact that “Russian troops” fire at them from their territory, and the “damned terrorists” hide behind civilians. Yes ... unconvincing ...

Generally a very fun trend. Now, any success of the militias in the opinion of the Ukrainian authorities is exclusively the merit of the Russian army. 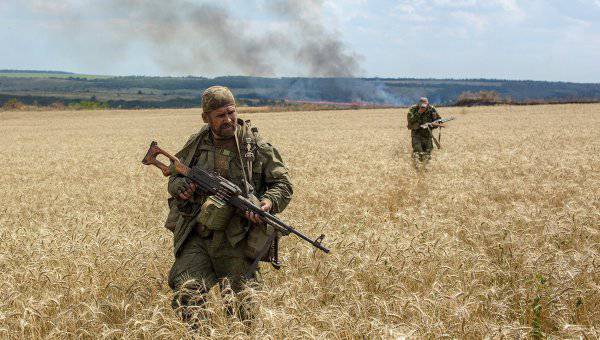 In fact, everything is very simple. The counteroffensive has been asking for a long time. Now it becomes clear why it was necessary to leave Slavyansk and Kramatorsk. Having retained an impressive grouping of troops, the militia drew off the main forces of the Armed Forces of Ukraine to the capitals of the people's republics. The Ukrainian military command, apparently, considered taking control of Donetsk and Luhansk as the main likely success. That is why no one was in a hurry to free the soldiers of the APU, surrounded on the border with Russia. They were simply abandoned ... They were abandoned in order to make heroes posthumously ...

Due to the fact that the length of the perimeters of Donetsk and Lugansk is very significant, the Ukrainian troops failed to make a very dense cordon and completely surround these cities. Dodgy pseudo-patriotic propaganda of the command and media punitive did not begin to strengthen their positions enough to restrain the enemy attack. They believed that the “terrorists” were already in a panic and were only waiting for an order to begin the full-scale assault on these cities. 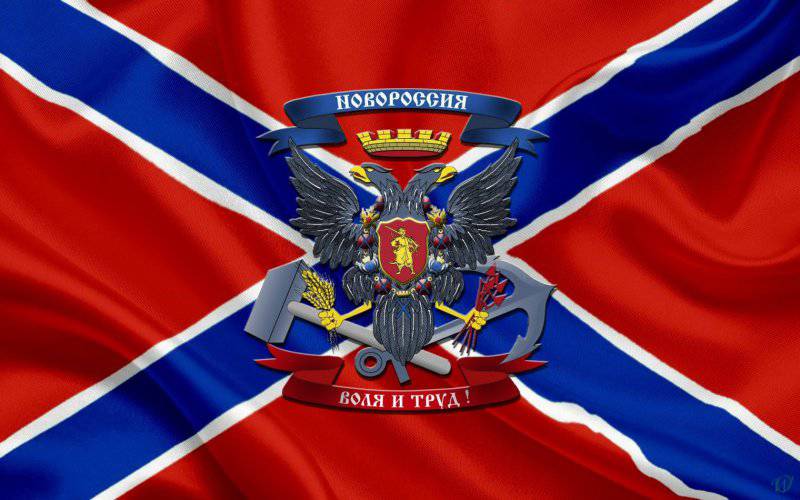 Lunting the vigilance of military and Bandera militants with positional battles, the militia accumulated ever new forces to counterattack. As the cities turned into ruins, an increasing number of volunteers joined the army of New Russia.

That the offensive was being prepared was understandable even by optimistic statements by the leading officials of Novorossia. Oleg Tsaryov, for example, repeatedly stressed that the APU had exposed Mariupol and the Kharkiv region. Therefore, it was quite easy to predict the direction of the impending strike. But not for the US puppet in Kiev ...

The appearance of several new boilers at once, where 7000 soldiers and militants got into the environment, is connected precisely with a number of the factors listed above. Exposing the rear, the punishers allowed the militia to successfully shut the traps. It should be noted separately that the appearance of the Ilovaisky boiler by the militia is largely due to the Ukrainian military leaders who tried to surround the Donetsk-Gorlovka fortified area, creating a narrow gap between the DPR and the LPR.

Mariupol is of great strategic importance. With his capture, the militia will open the way to the south and, above all, to the Zaporizhia region. In terms of population, it is comparable to Lugansk! At the same time, to defend him, apart from the neo-Nazi battalion of the gay Lyashka and several reserve formations, there was really no one. The assault on Mariupol can last from several days to a week.

Also among the priorities - pushing the Ukrainian Armed Forces from Donetsk and Lugansk to a distance from which they will not be able to bombard the cities with “Gradami”, “Hurricanes” and artillery, although in the near future these settlements are unlikely to protect them. work out. There is a high probability that in the coming days there will be a series of surprises for the punishers in the north of the DPR and the LPR.

30 000 soldiers APU were helpless against 20 000 soldiers of New Russia because of the stupidity of their leadership, the greed of the oligarchs and their own delusions. It is the delusions of warring against Novorossia that give such bloody results. After all, without tens of thousands of soldiers of the Armed Forces of Ukraine, the conflict would have ended much faster. Neo-Nazi death battalions and the Right Sector are not able to fight without cannon fodder from conscripts and contract soldiers of the Armed Forces of Ukraine. They are waiting for a tragic fate.

The fate of Ukraine, unfortunately, is no less tragic. The state is struck by the red-black virus of terror, where an impressive part of the population thinks that it is better to burn dozens or even hundreds of “Colorado” than listen to their opposition opinion. The only way to save people living on its territory is to separate different ideologies by the state border, namely, the border of Novorossia and Ukraine. No wonder Pavel Gubarev expressed confidence that in the near future new people's republics will be declared. New Russia has more chances to be recognized in the world than small DNR and LC. There is a great probability that several years after its appearance, the central regions and Kiev, tired of the promises of the next US puppet to join 2020, 2030, 2040 in the EU, tired of the oligarchs with their battalions dividing the territory based on their resource base, without gas and the economy, without breadwinners from the Southeast, they also decide to hold a referendum and enter a new state.