Soldiers of the same front! 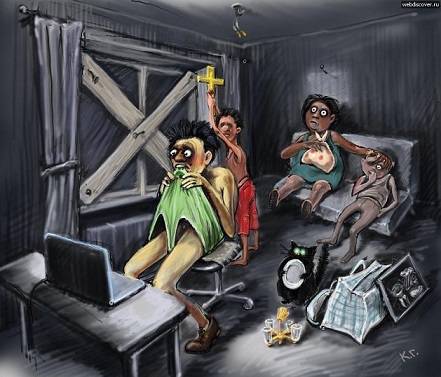 I was inspired to write this article by three factors.

1. Article Let's talk? Vladimir Lytkina (major071).
2. Conclusions and comments on this article.
3. Comments to many recent articles and news Forum "VO" and the message that Ukraine is ready to make a deposit for Savchenko.

And this battle, informational, based on the article by the respected Vladimir Lytkin (and not only) is already underway. And not somewhere in the backyard of the great Ineta, but here, on our website, you don’t have to go far ... You can only look at the number of newly appeared "fighters" and especially the date of their registration, and their forum signs of distinction.

“Glory to Russia (Ukraine),” cried these fighters for Russia and Novorossia, zealously seated at their keyboards, actively and tons of comments filled with “patriotic” slogans, “revealing” secret and obvious enemies of Russia, stigmatizing and minus comments of sensible members of the forum, who are lost in the stream of angry "Kill, urine, scum, death to the fascists, not a step back" (but do not support this stream of "malicious patriotically" grin), branding them (with these secret minuses) in non-patriotism explicitly verbal and carrying the flag of "true truth" in masses Koruzlykh from this "non-patriotism" of the citizens of the forum and Russia as a whole.

Information warfare is primarily determined by the activity on the resource.
If the resource is weak, there will be no "fighters". If the resource is strong (and the VO website can be clearly defined as a powerful resource), then here they are, the “fighters” of that side ... Here is the fifth column that everyone is trying to see in the upper echelons of power.

Yes, she is there too, but there are leaders of the "army", but where are the ordinary fighters?

If we know Kurginyan, we know his essence of time, do we know these fighters by sight? Not.

They walk hundreds on the march in columns around Moscow in support of Russia and Novorossia, and then sit down at the keyboard and start an invisible “war”, but from a different angle.

There is a term in science: mimicry. Mimicry (imitation, masking, fr. Mimétisme, eng. Mimicry) is an expression originally introduced into zoology by Bates to denote some special cases of extreme external resemblance between different species of animals belonging to different clans and even families and orders.
(https://ru.wikipedia.org/wiki/%CC%E8%EC%E8%EA%F0%E8%FF, Wikipedia).

So, “patriotic mimicry” is the most dangerous factor. Such people are “their own”, such people write “correct comments”, such people stigmatize and burn with a verb those who really write correct, reasoned, meaningful questions, and give opportunities for an extended discussion, but not bright URA commentary ...

But do these people really give at least a bit of benefit?

Did they give a real comment in a really important article, they gave a comment on a reasoned layout for an article, a news story or a comment from another forum member who gave a very extensive comment and was waiting for the same, extended or not very, but honest answer?

So people do not need honest and reasoned answers, do not need honest information that you need to look for, check and recheck repeatedly, before you put it out and convey, they don’t need extended comments (the shorter the emotional “hurray”, the more effective the “zombie strike”) no argument is needed, they do not need a dialogue, they need a field, an information field of sowing, their mass zombies. As if patriotic, but tuning as it is necessary for them.

I decided to write it for one purpose only. The war is coming. And this war is not just with a female face, but not even with a human one. This war is an explosive mixture of blood and cyber traffic in the Internet.

And when some are fighting with a machine gun in their hand, others, those who are not with him and not there, but who realize themselves as fighters, and most importantly, can be, informative warriors, must clearly understand - THEY ARE THE SOLDIERS OF ONE FRONT!