Mali after the French invasion 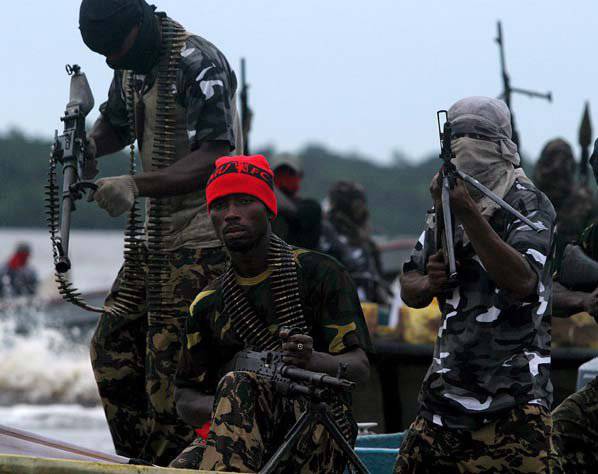 After the massive military invasion of France in Mali in January, 2013, called in Western media the “operation to save Mali from the Islamists” (1) and was shown on television almost in real time, the situation in this African country was almost silent. The optimistic assessment of the French President F. Holland that everything will be completed within a few weeks was replaced by talking about a few months, and then the formula "as long as it takes." At present, they have stopped talking about any deadlines for the withdrawal of French troops from Mali.

French troops managed to carry out several successful operations and kill several leaders of Islamist groups, but in general no group was defeated. On the contrary, what is happening in Mali today says that the forces of the Islamists are not undermined, they are capable of conducting serious military operations and gaining the upper hand.

Apparently, it was precisely this development of events that was planned by Paris. On the one hand, France has built a reputation as the “savior” of Mali (the strange attack of the Islamists on the capital of the country in January 2013 was stopped), on the other hand, the struggle should be long and sticky to justify the permanent French presence in Mali. The French troops are not going to leave this country, and the public is informed that the situation "continues to remain restless." The formula is well known ...

In the middle of May, 2014, after a relative lull, the situation dramatically worsened. During the week there were fights between the army of Mali and the militants of the National Movement for the Liberation of Azawad (MNLA), as well as other groups associated with it. 21 in May, the army of Mali launched an assault on the city of Kidal (a key city in the north-east of the country) using heavy weapons, but the terrorists repulsed the attack and threw back government troops, who fled, suffering heavy casualties. (2)

At the end of May, attacks were launched not only against peaceful cities and settlements, but also against the UN peacekeeping forces. 30 June a bomb was blown up near the town of Timbuktu, which resulted in the death of one peacekeeper and six injured. 16 August a new attack on peacekeepers occurred: two people were killed and seven were injured.

Recall that in April 2013, the UN created a new peacekeeping mission in Mali. The mission’s mandate, in particular, included stabilizing the situation in key locations and helping to restore state authority throughout the country, especially in northern Mali (see UN Security Council Resolution No. 2100). On June 25, the mandate of the UN operation in Mali was extended for a year (see UN Security Council Resolution No. 2164), and a very substantial addition was made to the mission’s mandate: now, UN troops must “take active steps to prevent the return of armed elements to these areas”. That is, these troops can remain there for as long as Al-Qaida exists and any other terrorist groups, including Tuareg rebels.

The internal political situation in the country remains tense. There is no unity in the ranks of the terrorists, (3) nor within the government. In early April, the President of the country removed from his post Prime Minister Umar Tatami Lee and appointed Mussu Mara to this position - a step at least controversial, given that M. Mara is a member of a dwarf party in opposition. The party has only one seat in parliament, and M. Mara himself won the 1,5% of votes in the presidential election. However, this did not prevent Mare from almost completely changing the composition of the government.

By the way, the May fights in Kidal were provoked by the new prime minister, who went there on a visit. In connection with the demonstrations against this visit, unrest began, ending with the capture of Mali’s military and government officials as hostages. Several people in the city administration building were killed. The Prime Minister M. Mara himself managed to evacuate the forces of the UN Mission by helicopter.

The humanitarian situation is also extremely difficult. About three and a half million people are still in a state that the UN qualifies as an “unfavorable food situation.” Nearly half a million people just go hungry; experts expect that in two or three months the number of starving people will be close to two million. There are about 140 thousands of internally displaced persons in the country and about two hundred thousand refugees outside of it (the population of Mali is about 14 million people).

All this is happening against the background of attempts by the new government to try the members of the military junta, who overthrew President Amadou Toumani Touré in April 2012. Finally, the head of the military coup, Amadou Sanogo, who, despite the obvious criminality of his actions, was afraid to touch for a long time, was arrested. The junta is accused of including the disappearance on the day of the coup of twenty-five members of the army of Mali. It may be established that A.Sanoi’s April coup was not so bloodless.

There are problems in the UN Mission. Although it should include 11 thousands of 200 military personnel and 1440 police, by March 2014, the mission was staffed only with 55%. Thus, for a whole year, the United Nations managed to fill the mission only half! The reasons for this situation are not reported. However, if we take into account the strange correspondence between the actions of the Islamists and the introduction of foreign countries in Mali, this will not seem strange. Foreign troops in Mali came seriously and for a long time and they have nothing to hurry. Especially since the mission is funded very generously. If the annual budget of the mission in 2013 was over 600 million dollars, in 2014 the amount was close to a billion dollars!

Operation Serval should be viewed in the overall context of French policy regarding its former colonial possessions. In recent years, this policy has become more and more rigid. Thus, in April 2011, the French soldiers, as part of the UN peacekeeping mission, carried out a military coup in Côte d'Ivoire and overthrew the country's legitimate president, L. Gbagbo, who subsequently transferred him to the International Criminal Court. (4) Unlike the situation in Côte d'Ivoire, the status of French troops in Mali is completely autonomous. At the same time, they received certain legitimacy from the UN Security Council, which authorized the French troops to "use all necessary means to take measures, at the request of the Secretary General, in support of elements of the UN Mission in Mali in the event of an immediate and serious threat to their security." Recall that Al-Qaida’s attack on the capital in January 2013 took place after the decision was made to create an Inter-African military mission that was supposed to assist the Mali army in fighting terrorists who had taken refuge in the sands of the Sahara for more than ten years and never not going out. The creation of the Inter-African military mission was a clear signal that Africans should not even try to solve their problems on their own - they should act only through the UN, where the main role belongs to their former metropolises.

(1) Operation Serval
(2) See the Report of the UN Secretary-General on the situation in Mali // UN document S / 2014 / 403 of 9 June 2014. C. 2.
(3) There are reports of deadly fights between members of the Arab movement Azawad among themselves, as well as with members of MNLA.
(4) Foreign participation in the "crisis resolution" in Côte d'Ivoire and in Mali brings together another interesting fact. Today the peacekeeping mission in Mali is headed by the Dutchman Bert Conders. Previously, Conders was chairman of the NATO Parliamentary Assembly, but more importantly, he was the head of the UN peacekeeping mission in ... Côte d'Ivoire. And Conders’s deputy is an American, David Grassley, who previously worked as a representative of the United Nations Children's Fund in Côte d'Ivoire.