Expert Ruslan Pukhov told what weaponry the Russian army will receive under the armament program before 2020, and what could disrupt the plans 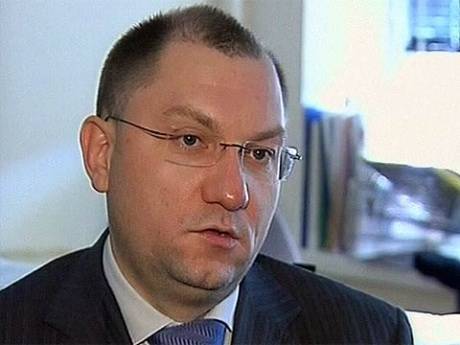 - Ruslan Nikolaevich, how do we look at defense spending compared to other countries?


- Now Russia, according to the Stockholm Peace Research Institute (SIPRI), is fifth in the world in its military spending - after the United States, China, France and the United Kingdom. And behind us are Japan, Germany, Saudi Arabia, India and Italy.

But here it is important to clarify that we were in fifth place only in 2010 year, and before that were significantly lower. For example, all 90s for army financing Russia was listed at 19-20-th places in the world rankings, passing countries such as Turkey and South Korea ahead. And the money in those years went almost completely to feed the personnel - wages, household needs, and the financing of expenditures on the purchase of weapons was reduced to almost zero. The defense industry — that part of it that was still afloat — worked mainly for export.

For comparison: in 1998, the military budget of Russia was equal to 81,8 billion rubles (in current prices), and in 2010-m - 1,277 trillion. And in 2013, military spending will amount to 2,098 trillion. rubles. So far this is the last known in absolute figures the amount of annual military spending recorded in the state budget under the section "National Defense".

By the way, in recent years the defense industry has been more fulfilling internal orders than foreign contracts. The ratio is now on them 60 to 40%.

- What is the reason for such a rapid increase in the militarization of Russia?

- Of course, we are not talking about any militarization. It is more appropriate to speak of a forced correction of the critical situation that developed during the failure of the Armed Forces in the same 1990s. It is enough to say that new types of weapons now make up about 5-10% in the army. By 2020, their share is planned to increase to 70–80%. At the same time, some branches of the armed forces — primarily, these are air defense, communications, and army aviation - will be updated even at 100%.

In addition, starting next year, the salary of servicemen is sharply increasing. For example, the lieutenant instead of the current 15 thousand rubles will receive 50 thousand. Partly, the increase in military spending is also due to the fact that the army will be dressed in a new uniform, all draftees and cadets have already begun to receive also a set of sports equipment. The cost of food rations will also increase. In the new military budget is also scored the expected growth of tariffs for housing and communal services.

But with all this, even in record 2013, the share of military spending will be only 3,39% of GDP, while the level of army allocations was established by the Security Council even during Boris Yeltsin’s presidency in the amount of 3,5% of GDP.

By the way, if we talk about the militarization of a country, then most precisely it shows just this percentage - that is, relative, not absolute figures of military spending.

- And then what is the place of Russia in the military table of ranks, if we proceed from this percentage?

- Not down, but not far above. Based on SIPRI data, then in the USA with a military budget of 663 billion dollars in 2010, it was 4,6% of GDP; in China, which spent the same year on defense 110 billion dollars, - 2,1% of GDP; in Japan, whose military expenditures are slightly lower than in Russia - 1%. Record breaking countries for relative military spending - Saudi Arabia, Oman, Qatar (10 – 11% of GDP). On the eve of the invasion of South Ossetia, Georgia spent 8% of GDP on military preparations, the second largest in the world at that time.

- Nothing is known about its military budget, it is an absolutely closed country. There may be 70% of GDP.

- Let's go back to our “terrible” figure - 20 trillion. rubles, provided by the state armament program for 2011 – 2020 years. It is already known in what proportions they will be spent and what exactly from military equipment will be purchased?

- While the structure of the program can be judged only in general terms. The Defense Ministry, by the way, will receive only 19 trillion from this amount. rubles, the rest will go to other power structures. From what has been openly voiced by the Ministry of Defense officials, it is known that 10% of this amount will be spent on research and development (R & D), 80% - on the purchase of new weapons, 10% will probably go for repairs available military equipment.

Of the priorities in the first place are strategic nuclear deterrent forces. In particular, strategic missile forces will receive a new heavy liquid intercontinental ballistic missile instead of the old RS-20 “Voivode” and PC-18 “Satan”. The new rocket ordered to the designers will carry ten divided combat units. This is a fundamental point. Until recently, around the creation of a new heavy rocket among experts there were stormy discussions: do we need it? And would it not be better to order more light and cheaper solid-fuel missiles instead of it, which carry one or three combat units? The Ministry of Defense also does not refuse from such rockets, mobile ground Topol and Yars, but will not be limited to them.

The second priority identified in the HPV-2020 is somewhat blurry - as “high precision weapon, whose application is based on information support from space. " The third priority is automated troop control systems (ACS).

The greatest clarity, up to specific figures, is available with the purchases of weapons for the Air Force, aerospace defense and the Navy. Thus, the fleet should immediately receive eight strategic nuclear submarines of the 955 "Borey" project with Bulava missiles, 20 non-strategic submarines, 35 corvettes and 15 frigates. Air Force 600 new aircraft and 900 helicopters. For the aerospace defense, ten divisions of the C-500 and 56 anti-aircraft missile systems of the C-400 SAM systems were ordered.

- Plans, to be sure, are impressive, but if you don’t look into the distant tomorrow, but to see today, the situation with the supply of new military equipment looks sad ...

- Do you mean the disruption of the state defense order for the 2010 year, which was not fulfilled at 30%? Because of this, the military did not receive the 20380 project corvette, three submarines, one corvette, six of the nine Yak-130 training planes and five of the 11 ordered satellites. President Dmitry Medvedev made a hard debriefing on this issue, as a result of which a number of heads of defense enterprises and high-ranking military officers lost their positions or received disciplinary sanctions. It is possible that this was a lesson for the future - with an eye to the new state armaments program.

Although I think that HPV-2020 is not insured against risks. The program was clearly created on the basis of a favorable economic situation, high prices for oil and gas, but it’s far from a fact that in ten years the situation will not change for the worse and we will not be covered by another wave of crisis.

There is no complete certainty that our defense industry, which has not yet been modernized, will be able to cope with such a massive order of military equipment, all the more so since it also has to meet growing export deliveries.

True, so far defenders are full of optimism. For example, Roman Trotsenko, president of the United Shipbuilding Corporation, said that in 2016, the design of a new Russian aircraft carrier with a nuclear power plant will begin. It is not clear where the money will come from. Earlier, Defense Minister Anatoly Serdyukov publicly announced that the construction of aircraft carriers in Russia is not planned. Although, on the other hand, the purchase from France of the Mistral universal landing craft also came as a surprise in its time, a kind of force majeure.

- In addition to us, there are still countries that are just as rapidly rearming their armed forces?

- It is noteworthy that the growth of Russian defense spending is consistent with the trends that are now observed in all the BRIC countries. In Brazil, India, China, army spending has recently increased by more than 10% per year. The reasons why this is so similar are also similar - in all cases we are talking about the accelerated modernization of the armed forces, their transfer to new types of military equipment and armaments, the elimination of the backlog from the armies of the leading countries of the West.

At the same time, in Western countries themselves, arms spending, on the contrary, is subject to very drastic reductions. For example, in the US, military spending in the next five years will be cut by 78 billion dollars. This is done with the aim of general budget savings. So, since last year, the Americans stopped financing the production program of their fifth-generation fighter F-22.

The UK Department of Defense plans to cut military spending by 2014 billion pounds, or 8%, by 7,5. For example, all F3 Tornado fighter-interceptors and Nimrod patrol aircraft fell under the reduction. All in all, the British plan to suspend or cancel completely around 900 defense projects. France reduces the volume of purchases of promising weapons, there are serious reductions in the armed forces of Germany and Norway. In total, the total budget of NATO countries by the 2013 year should be reduced by 45 billion dollars.

It is possible that Russia for military spending will soon be able to rise from fifth place even higher.

Ruslan Pukhov, Director of the Center for Analysis of Strategies and Technologies

Born in 1972, in the city of Elektrostal, Moscow Region.

He worked as a project officer on conventional weapons at the Center for Political Studies, and in 1997 he created the Center for Analysis of Strategies and Technologies, which has now become the leading Russian independent research organization dedicated to the study of the issues of the defense industry and military-technical cooperation.