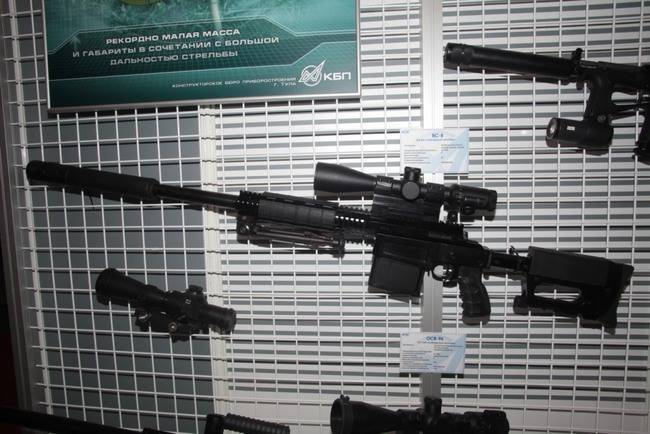 The Tula Instrument Design Bureau announced the creation of the SV-8 sniper rifle, which uses the most common worldwide cartridge Lapua Magnum caliber 8.58 mm. This was stated by the head of one of the design departments of KBP, Boris Volkov.

It should be noted that the Russian army did not previously have a sniper rifle chambered for such a caliber, while it is the most popular and widespread in the world.

“The created sniper rifle CB-8 for this type of cartridge will take its separate specific place in the sniper arms of Russia. It will become an intermediate link between two SVD sniper rifles with caliber 7.62 mm and OSV-96 with caliber 12.7 mm, ”said Volkov.

“The new rifle will be highly competitive in the arms market thanks to the traditional quality and reliability of small arms weapons produced in Russia, which meets all modern requirements for sniper weapons. It is about the adjustable length and height of the butt, the height of the bipod, rear support and many other specific elements of sniper weapons, "- said Volkov.
Ctrl Enter

We are in Yandex Zen
A new sniper rifle, created in the framework of the ROC "Precision", is ready for serial production.
New rifles V. Lobaeva
7 comments
Information
Dear reader, to leave comments on the publication, you must to register.