Why does Obama tease the Chinese? 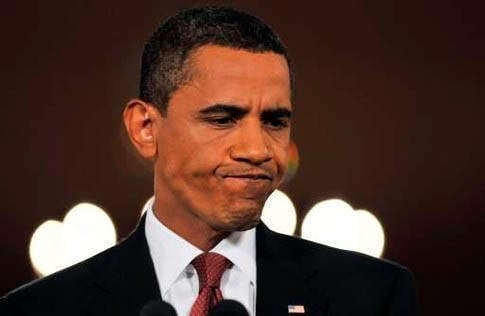 Barack Obama, who has been unlucky lately with congressmen (they do not allow the president to increase the US debt limit and thus lead the state on a straight line to a technical default) makes one mistake after another.


Paradoxically, the head of the United States continues the work of his senators: he waves a red rag to the main creditor of his state, China. So, Barack Obama held talks on Saturday with the spiritual leader of Tibet, the Dalai Lama XIV. The conversation between the two leaders was not held in the Oval Office of the White House, where the US president usually receives heads of state, but in a more private Map Room. According to analysts, this can be perceived as a symbolic confirmation of the fact that the Dalai Lama in the White House is accepted as a spiritual, not a political figure.

The meeting lasted 45 minutes and was held in the closed mode. Upon its completion, the presidential administration said that the head of state "reiterated his strong support for preserving the unique religious, cultural and linguistic traditions of Tibet and its people throughout the world." True, Barack Obama changed his mind in time and said that he considers Tibet to be an integral part of China. The Dalai Lama did not argue with this thesis and expressed the hope that negotiations between Beijing and the government of Tibet in exile would resume as soon as possible.

In this situation, the Chinese behaved quite predictably: they were angry, as in February 2010, when the last meeting of Barack Obama and the Dalai Lama took place. Despite the Jesuit wishes of Barack Obama to resume the dialogue between Beijing and the Dalai Lama, the Chinese strongly perceived the fact of the president’s meeting with the dissident (the Dalai Lama fled Tibet in 1959 the year after including the region in the PRC, and now lives with his supporters in the Indian city Dharamshala, where the Tibetan government in exile operates), which in China is considered to be a separatist who makes every effort to split the country.

"This meeting was a gross interference in the internal affairs of China, hurt the feelings of the Chinese people and damaged Chinese-American relations," said Ma Zhaoxu, spokesman for the Chinese Foreign Ministry, accusing the Dalai Lama of using "religious banner in anti-Chinese separatist activities."


Chinese discontent is understandable. Knowing the pathological passion of Americans to "help" in the spread of democracy, they remember the sad history with the USSR, Yugoslavia, etc. (the list is huge), and are not going to attack the same rake. "We demand from the American side to take seriously the position of China, immediately take measures to eliminate the harmful consequences, stop interfering in the internal affairs of China and stop indulging in anti-Chinese separatist forces that demand independence of Tibet," the minister said.

The White House did not comment on the statement of the head of the Chinese Foreign Ministry. However, cases show more than statements. Despite the protests of the Chinese, the Dalai Lama toured the United States with fanfare. He had already visited Capitol Hill, where he had a meeting with members of the US Senate Committee on Foreign Relations. From the American side, the meeting was attended by committee chairman Senator John Kerry and 11 committee members.

At the same time, Congressman Kerry welcomed the Dalai Lama with the Tashi Del Tibetan greeting and expressed his admiration for the Buddhist commitment to the cause of peace. John Kerry also noted that US senators have a deep respect for the Dalai Lama, as evidenced by the award to him in the 2007 year of the Congress Gold Medal. Senator Richard Lugar also expressed his respect for the exile, who assured him that he had many friends in Congress.

After meeting with senators, the Dalai Lama attended another event at the congress building, where he was presented with the Mother Teresa International Caring Award for his dedicated life to promoting the values ​​of caring, compassion and public service.

We are in Yandex Zen
Geopolitics around China: Tibet
The truth about Tibet
1 comment
Information
Dear reader, to leave comments on the publication, you must to register.