Will Poroshenko try to loosen the American leash and remove the collar?

August 26 2014
37
Today - 26 August - a meeting will be held in the format of the Customs Union - Ukraine - EU, in which, according to the announced program, the nuances of the economic relations of the parties will be discussed after Ukraine has signed an association agreement with the European Union. But, as you know, the declared program does not always coincide with the real thematic set for discussion. Obviously, the main topic on the agenda may be the issue of resolving the conflict in the Donbass, because discussing the economy, trying to close our eyes to the ongoing bloody civil war in Ukraine, is somehow strange. 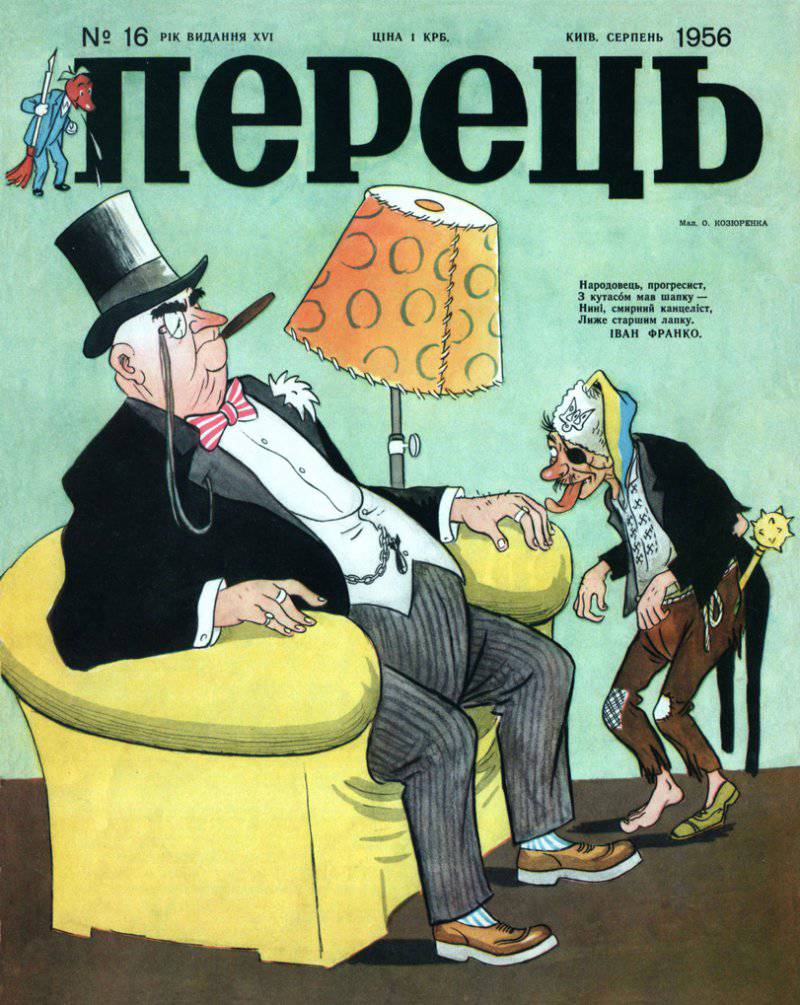 The recent successes of the New Russia army in battles against ukrosiloviki and the so-called "volunteer" detachments of the National Guard add particular acuteness to this. Several surrounding areas appeared in the conflict area at once, and several thousand Ukrainian punishers squeezed themselves in these zones. Successful military actions of the militia led to a series of defeats of ukrovoyak units in several districts of the DPR and LPR. In addition, the militia managed to break through the positions of ukrosilovikov in the area of ​​Novoazovsk and reach the shores of the Sea of ​​Azov. This gives an excellent chance to develop the offensive and come close to Mariupol - a strategically important settlement - the second most populous (450 thousand inhabitants) city of Donetsk region, city-port, the most important industrial center of the region.

Mariupol with 13 June is under the control of supporters of the Kiev junta, and the loss of this control can lead to sad consequences for the entire so-called "ATO", which is trying, out of the skin getting out, to crack the "president" Poroshenko.

Given the reports from the fronts and the losses incurred by the Ukrainian units, at a meeting in Minsk, Poroshenko is a priori “on the ground”. Obviously, this day (August 26) was not chosen by chance - the junta leader apparently decided that after celebrating Ukraine’s Independence Day, the army would simply doubt the ranks of the militia, plant ukroflagi on the administration buildings of all the cities of the southeast, and announce the “Peremog” . But Pyotr Alekseevich’s dreams turned out to be insanely far from reality, and now he will have to talk about a real cease-fire in the Donbass already, as they say, with a cool head. Unless, of course, the main "friends" of Ukraine from Washington give Poroshenko such an opportunity.
So, with what baggage is ukropresident preparing for the Minsk meeting?

First: Ukraine's GDP decline in annual terms, at least in 6,5%. (The Internet already has a joke about why svidomye Ukrainians are so happy about the fall in GDP, considering that we are talking about the Russian president ...).

The second: intimidation by the Ukrainian government of Europeans by the possibility of blocking the transit of Russian gas.

Third: devaluation of the Ukrainian hryvnia to the lowest level for the whole history this currency.

Fourth: decrease in real incomes of the population by 22-23%.

Fifth: the assignment by the international rating agencies of the credit rating of Ukraine a “garbage” level and the recognition of Ukraine by one of the poorest countries of mainland Europe (only Moldova is poorer).

The sixth: Eating huge funds from the budget by the war in the Donbas.

Seventh: serious losses of personnel and military equipment of the Armed Forces of Ukraine and the National Guard under during the so-called "ATO".

Eighth: growing dissatisfaction with the conduct of "ATO" among the military.

Ninth: the counter-offensive of the army of Novorossia with a series of impressive victories and the liberation of several strategically important settlements in the DPR and the LPR.

Tenth: the approach of autumn, and behind it, if Poroshenko is lucky, and winter ...

It is extremely interesting, that in such conditions the Ukrainian “leader” is going to discuss with representatives of the European Union and the CU? Well, if with the EU (and even that is not a fact), the oligarch president can still afford to push water in a mortar, hanging noodles about the pursuit of democracy and prosperity, then with Russia Alexeevich’s focus will definitely not pass. He perfectly understands that it is pointless to build a martyr hero who is already close to a big victory, for there is neither heroism nor, in fact, victories. And if so, then Poroshenko’s fate is just another begging, the game has stung when you try to hold your chin high ...

Another interesting question: did Poroshenko agree on his talks in Minsk with American advisers? There is an opinion that it could not have done without it. But, he must have agreed when the “independence” parade in Kiev was still being prepared, and therefore, on the eve of the talks, the advisers had to get involved in the work with particular intensity and change the essence of what Poroshenko would “broadcast”. I had to be included also taking into account the fact that the United States itself today opened the old-new fronts: from Iraq and Syria to Missouri. In such a situation, the US interest in Ukraine, for all the strategic importance for Washington of this direction, fades away simply by definition. For all its declared power of the United States with 17-trillion state debt is clearly not in a position to be able to reduce the situation to success on all the listed fronts that they themselves organized.

In this situation, purely hypothetical, of course, Poroshenko has a chance not to jump off the American leash completely, but to make the leash much longer, getting an opportunity for maneuver. On a long leash, the uk-president will already be able to afford to more substantively discuss the situation with the settlement of the conflict in the Donbas, as well as productive trade relations with various parties. And after all, such a situation would be in hand not only for Petro Poroshenko himself, but also for the USA: they, reassuring themselves that Poroshenko remains on a leash, can come to grips with more pressing problems for themselves than “Ukrainian democracy”. As it is known, the USA has enough problems today. The benefits of this situation can be said from the point of view of the EU. After all, the less the dependence of the Ukrainian authorities on Washington, the more chances there are to stop the war in the very center of Europe, and the more chances there are to start effective economic cooperation on the European continent. The situation is good for Russia as well - for exactly the same reasons.

Another thing is whether Poroshenko has at least some, albeit microscopic, independence, to really talk about ending the conflict in Donbas, about the federalization of Ukraine and about establishing productive relations with all its neighbors — with the EU and the Customs Union? If Poroshenko doesn't even have microscopic independence, then why the hell do you need his presence in Minsk? If independence does show up, then Poroshenko will simply by definition be forced to use it with utmost caution, because not only the United States but also the “Maidan” hang over it. The cessation of the activity of the ukroarmy and the National Guard under (if they are willing to obey Poroshenko) with one stroke of the pen will anger the henchmen from Washington, the continuation of the massacre with thousands of victims can provoke another coup that Poroshenko will not survive ... So what will Poroshenko do? Is the old favorite version of ukropresidents - again taking two chairs and trying to sit on them? .. True, in an attempt to sit at least on one of the two chairs, there will definitely be problems ...