The unique C-500 complex can remain a project. 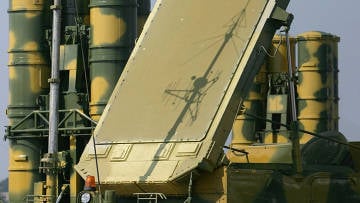 According to kp.ru, today the US military is showing its main interest in the development of the Russian gunsmith designers of the new C-500 anti-aircraft missile system. The reason for this is obvious, because even the previous versions of the C-300 and C-400 CRTs are far superior in their tactical and technical characteristics to the well-known transatlantic Patriot-Patriot system (Patriot Advanced Capability-3). And when the Americans learned that the work was already even more powerful than the C-400, the C-500 air defense system, then they were completely distraught. The Patriot missile system is almost inferior to the Russian C-400 air defense missile system in almost everything. And with the adoption of the C-500 air defense missile system will give even more.


It should be noted that the US military is well aware of the progress of work on the creation of a new air defense system, and sometimes their information is strikingly relevant. For example, the US military is well aware that C-500 is at the final stage of development in the Almaz-Antey concern, they also know that certain components of the system are already undergoing field tests in Saryshagan, and the launch of the air defense missile system itself is scheduled for 2015.

C-500 - anti-aircraft missile system, which is currently being developed by GSKB JSC Concern Almaz-Antey Air Defense. The main difference from previous versions is a new anti-missile to intercept flying targets at a speed of more than 7 km / s. There are no analogues of this rocket in the world.

C-500 is a completely new generation of ground-to-air missile systems. The main objective of the complex is to intercept ballistic missiles with a range of more than 3 500 km both at medium and at close distances. The complex can also perform protection from aircraft radio detection and guidance systems and from modern aircraft systems for jamming. With an intended range of the missile in 600 kilometers, the C-500 will be able to detect and simultaneously hit up to 10 ballistic supersonic aerial targets.

The creators of the C-500 claim that their complex will be able to shoot down ballistic missiles in near space and will thus become an element of tactical missile defense. The creators of the rocket did not hide the fact that the range for identifying targets by the C-500 system "will increase by 150-200 km" compared to C-400. Alexander Zelin did not conceal his own pride and the Commander-in-Chief of the Air Force, confidently stating that "C-500 will be demonstrated in the coming years." And all this went. Army expected new weapon. Moreover, our defense industry extremely rarely pleases her the newswhich one could be proud of.

Such news of the creation of new weapons, of course, allows us to maintain the hope of the Russian military to get at the disposal of the truly unique weapon systems that our army needs today. Also pleased with the fact that, despite all the problems in the Russian military-industrial complex, there are still engineering enterprises that are capable of creating weapons of the future. In this case, we are talking about Almaz-Antey, which not only withstood the years of the devastation in the sphere of the military-industrial complex, but also began to reach completely new frontiers, which deserves all praise. And they sounded from the mouth of the highest ranks of the Kremlin, including the president, the prime minister and the minister of defense. 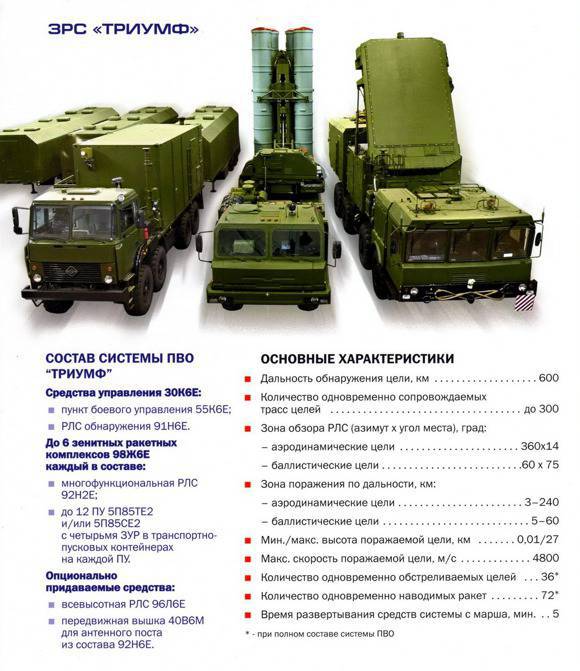 But at the very beginning of 2011, something happened that was not expected even by the most knowledgeable specialists in air defense systems: I. Ashurbeyli, general director of the Almaz-Antey GSKB, was dismissed. On the same day, in a protest, A.G.Lagovier, Chief Designer of GSKB, filed a letter of resignation.

It is not clear why cut off the head of a hen that lays golden eggs? But after all, when making such a decision, there must be some objective reason. We can recall the situation with the removal from his post of the chief designer of the unfamiliar Bulava, Yuri Solomonov. Then there was a real objective reason - the missile tests ended in failure and everyone admitted that. In this situation, the work was carried out actively, those minor defects were solved almost instantly, because a group of like-minded people worked on the project. True, rumors began to spread among journalists that “some forces” had their eye on a successful enterprise, which brought enormous revenues to the state treasury, and therefore trivially decided to push aside the disagreeable Ashurbeyli.

There is information that a journalist from one of Russia's central newspapers admitted that he was offered a huge amount of money for a compromising article directed against Ashurbeyli. But he refused. But the refusal of one journalist did not stop the customers, and soon an article appeared on the Internet that described the internal life of GSKB in a rather unattractive light. In the Investigation Committee of Russia, the published article was called an ordinary “order”, which is not confirmed by anything.

Obviously, the article compromised not only Ashurbeyli, but also the entire staff of the design bureau. The interesting fact of this whole thing is that, firstly, all the information was frankly far-fetched, and secondly, the author of the article that could tell about customers of compromising materials on the GSMB “Almaz-Antey” remained unknown.

Today there are several versions that may well explain the reason for such an unexpected personnel maneuver in an enterprise, which is almost ready to transfer to production a completely new weapon system.

The first version is the fact that Igor Ashurbeyli tried to unite various scientific schools in his enterprise with his developments. At first glance, what is special is that scientific knowledge, which was previously used only in certain areas - the Air Force, Navy and Ground Forces, was used in one complex. But it is only at first glance, the hidden competition between the branches of the Russian army and there will be in the future and, consequently, Ashurbeyli became disagreeable in his attempt to unite what cannot be combined de facto.

The second version is the influence of overseas "friends", who are very afraid that the day will come when the Russian Army will have the С-500 complex, capable of canceling all plans for building a missile defense system in Europe. It can be assumed that having all the information about the process of creating the complex, which we indicated above, the Americans made every effort to cut these works in the bud and not even allow the possibility of the appearance of the C-500 complex.

The third version looks up to the primitiveness of the banal - money. It was money and, moreover, huge money could play a decisive role in the fate of the general director of Almaz-Antey. According to official data, it’s about 20 billions of rubles a year, and, as is known, Ashurbeyli is an odious person who has never been protected by the powerful and, as a result, has ruined his career.

These versions differ in their meaning, but they have the same essence - the anti-aircraft missile complex, which the US military are so afraid of, can remain a project. Unfortunately, in our modern society, personal ambitions dominate state interests. And the second is the fact that the same US military knows about everything that is happening in our design bureaus and may well influence the course of work.

Ctrl Enter
Noticed oshЫbku Highlight text and press. Ctrl + Enter
We are
Anti-aircraft missile system C-300BM "Antey-2500"Two news from the concern "Almaz-Antey"
29 comments
Information
Dear reader, to leave comments on the publication, you must to register.