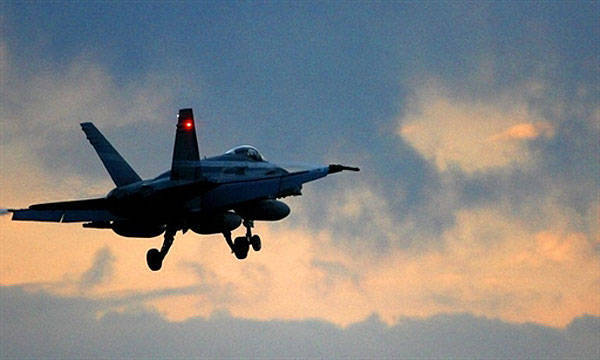 We can not consider it a provocative appeal that the war in Libya really ended on Thursday 14 July, when US President Barack Obama called his colleague President of the Russian Federation Dmitry Medvedev in order to transfer to Moscow the main role in negotiations with Muammar Gaddafi about ending the military conflict - provided that the colonel will leave his own post and transfer the power of the interim administration.


From the above it can be concluded that the overseas president adopted the Russian-Libyan formula for ending the war, having done so, despite the views on this issue of the NATO leadership, which at a meeting with Russian leaders in the Black Sea city of Sochi last week rejected such proposals.

Sources debkafile notice that this proposal was first put forward by the Libyan leader, having made it four months ago. 4 April, after 10 days since the beginning of the air campaign by the North Atlantic Alliance on the side of the Libyan rebels, Gaddafi sent his own envoys to Athens to offer the Greek Prime Minister George Papandreou the role of mediator in the negotiations. The NATO leadership, British Prime Minister David Cameron and French President Nicolas Sarkozy rejected this proposal, because at that moment they were completely convinced that victory was near and easy, and Gaddafi would be promptly overthrown.

By the time Obama decided to call Medvedev, those states that led the campaign aimed at overthrowing Gaddafi, quietly left the theater of war.

According to debkafile military sources, from Saturday, July 9, NATO ended its aviation attacks on government targets in Tripoli and elsewhere. No one has officially announced this; and yet, the interruption of strikes was a recognition that 15 thousand sorties of military aviation and 6 thousand bombing attacks on Gaddafi's facilities failed to achieve the main goal. Colonel Gaddafi showed truly tactical literacy even without retaliating against strategic targets in Europe, without firing a single shot from the anti-aircraft missile systems at hand and releasing fighter jets, he was able to wait for the moment when NATO ran out of forces and managed to save power.

Speaking 13 July with a review of this war before the command of the British Air Force, Defense Minister Liam Fox noted that no one knows when this war will end, and meanwhile, the ground forces, the Navy and the British Air Force have no means left to continue it. He sincerely confessed that the high intensity of air strikes using Tornado and Typhoon airplanes, also Navy ships and Apache army helicopters "increased the load on individual personnel and equipment, and the ability of defense companies to ensure front-line operations is questioned."

Debkafile military sources reported early June that NATO did not have enough aircraft to enforce a ban on aircraft in Libyan airspace, which was approved by the UN Security Council, that the alliance’s arsenals of laser-guided bombs and missiles were exhausted, and that spare parts and ammunition reserves were close to to zero.

Now it was certified by the British Minister of Defense, who added that the military industry in Britain and Europe is unable to ensure the combat actions of the troops, which continue for several weeks.

Curiously, even Italy, which was one of the main initiators of the attack on Gadhafi’s government forces, without any reports, ceased to unilaterally participate in the operation. The withdrawal from operation of the Italian Garibaldi-551 aircraft undoubtedly dealt a severe blow to the operation.

Over the past 10 days, France has also reduced its forces involved in the operation. Obviously, the French government was disappointed in the military capabilities of the rebels based in Benghazi. At first, Paris tried to transfer its support from Benghazi to western Libya, where the separatist Berber tribes are waging war with Gaddafi. 30 June Nicolas Sarkozy gave orders to parachute weapons to militants from the tribes, having done so contrary to the decisions of the UN and NATO. But the Berbers chose another method of using French weapons not to fight Gadhafi’s army, but to plunder cities and villages.

Realizing that the operation has every chance of failing French Defense Minister Gerard Longuet on July 11, the time has come to begin peace talks between the rebels and Gaddafi. Later it was reported that the son of Libyan colonel Seif al-Islam told the French media that his father, through his attorneys, was conducting secret negotiations with Nicolas Sarkozy about the cessation of hostilities. Minister Longu indicated that the Libyan leader could not remain in power, but at the same time noted that Gadhafi was not being expelled from the country. Consequently, the conflict resolution formula has become extremely close to the conditions for ending the war that Gaddafi put forward.

Diplomatic sources debkafile welcomed the agreement between Presidents Obama and Medvedev on the criteria for ending the war. This was a huge victory for Muammar Gaddafi and a complete fiasco for NATO.

The development of a further situation looks extremely curious. It is obvious that, despite today's statements by the leaders of the countries of the alliance, it will be Muammar Gaddafi who will remain at the head of Libya. First of all, the people of Libya, who became the main victim of the military conflict, want this to happen. Another equally important factor why it is Gaddafi who remains in power is his personal charisma, he has already proved that it is impossible to break him with months-long bombings, and now he will prove his right to govern the state in whose development he has invested a lot of his own forces. But in this case, what countries openly called Gaddafi a dictator and a despot and sought to eliminate him physically, and France even managed to recognize the rebel government as the official government of Libya?

It is obvious that in the most advantageous situation was Germany, which was initially against the start of the military operation. Italy and France, as well as the United Kingdom, have every chance to remain without their own piece of cake in the form of Libyan oil, while at the same time the doors to the natural reserves of the North African state will be open for Germany.

The second state, which is quite satisfied with the return to power of Gaddafi, is China. In recent years, quite warm relations have been established between Beijing and Tripoli. The participation of Chinese companies in the Libyan economy is one of the largest. The coming to power of the rebels could, of course, make their own corrections, since in reality Italy and France had their own views on all types of developments, but such a dramatic change in the balance of power was clearly not in favor of these states.

Now we will watch the confrontation on the one hand the Libyan rebels, France, Italy and the United Kingdom and on the other hand Gaddafi, Germany and China. Why in the list of states there is neither the USA nor Russia, we can assume that these states will play the role of intermediaries, as evidenced by Obama’s telephone call to Medvedev. Of course, there is no reason to talk about any armed confrontation, it will be a war of diplomacy, where the word decides not a cannon, but a word.

Libya in photos: what the mainstream media doesn’t want to talk about

Mirage fighters and F-16, B-2 stealth bombers, 15 thousands of NATO sorties. The bombing of thousands of civilian targets. They say that NATO is going to save the Libyan people. That's what they tell us.

Western journalists deliberately distort what is happening in Libya. They represent NATO as an instrument of peace and democratization. They justify an illegal and criminal war. They are a propaganda tool of the US-NATO.

The reports of Mahdi Darius Zemzroi from Tripoli refute the agreement of the media supporting NATO’s humanitarian mandate. He provides a report on mass demonstrations against NATO, and many photographs.

Tripoli. On Friday, July 1, as well as on many other Fridays on Green Square in Tripoli, was a huge demonstration.

It is very difficult to accurately calculate the number of people who participated in these demonstrations. Estimates of the mass demonstrations of July 1 fluctuate within 1 million people. (China reports 1.7 to millions).

Demonstrations in Tripoli and other Libyan cities take place almost every week. Rallies are an expression of protest by the Libyan people against the "humanitarian" invasion of NATO "in the name and on the instructions" of the Libyan people.

Western public opinion is misinformed. People in Europe and North America do not even know that such demonstrations take place.

The overwhelming majority of the population is against the Bengazian Interim Council. The demonstrations also point to the considerable popular support of Colonel Gaddafi, which contradicts the stereotypical point of view of the Western media.

The mainstream media either discredit such demonstrations against the NATO invasion as insignificant, or simply do not report them at all.

Below are photos of Libyans who came on July 12th to Green Square. These photos also show that Western media are present at these demonstrations, and are well aware of them. So what's stopping them from doing true reporting? Why do some of these journalists write that there were only a few thousand people at the demonstrations?

It is important to note that these pictures were taken at the beginning of the demonstration.

Libyans arrived all day and night in Green Square. All roads leading towards the square were crowded with people. 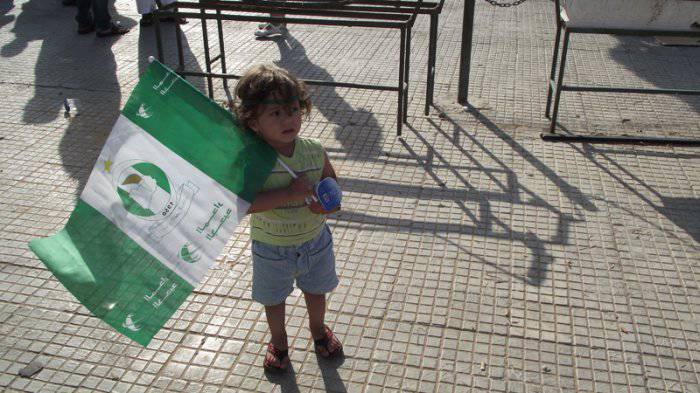 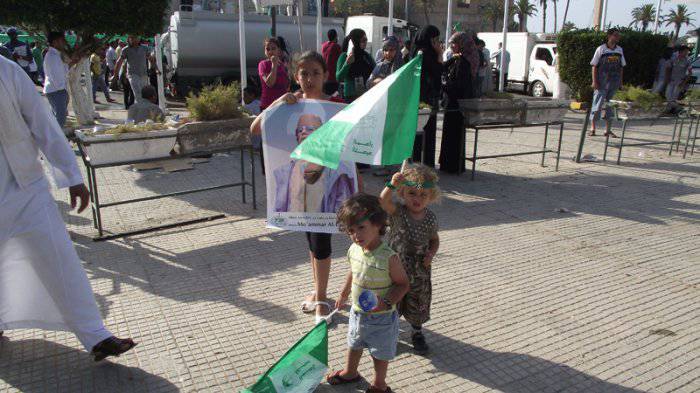 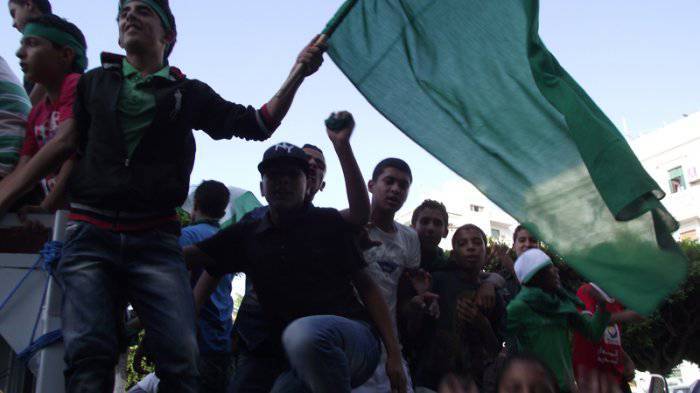 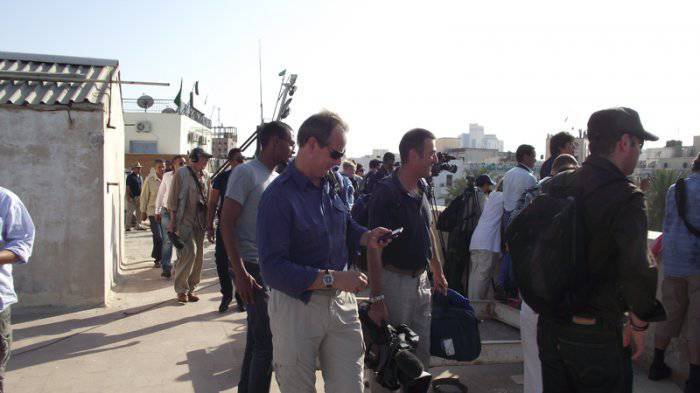 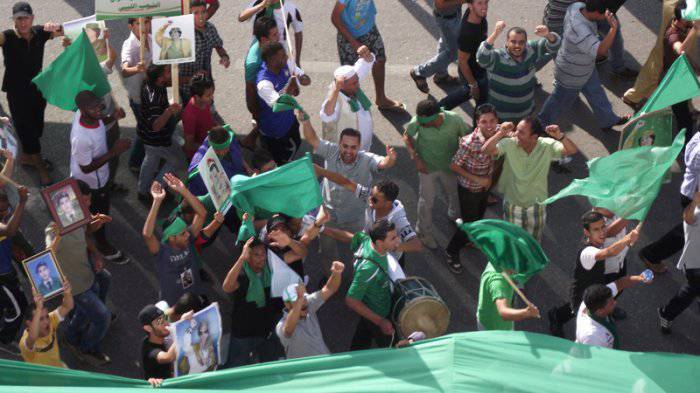 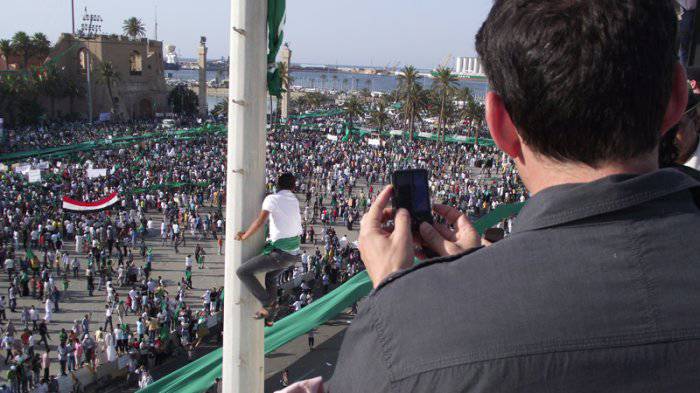 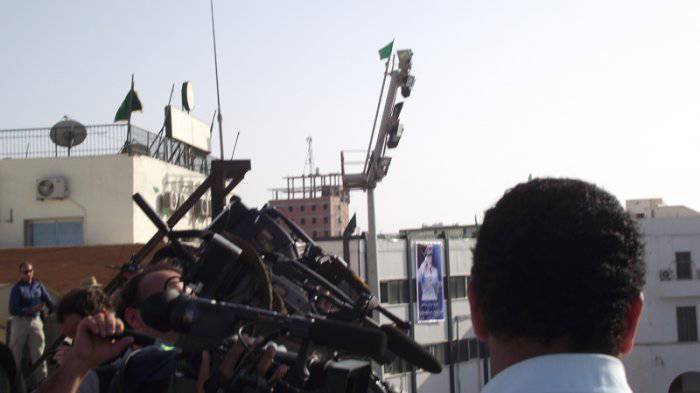 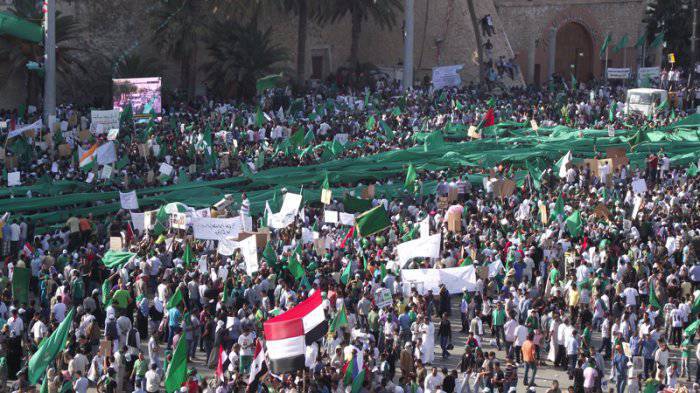 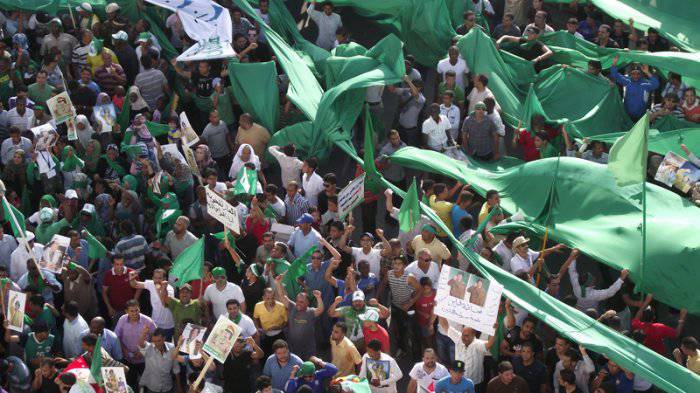 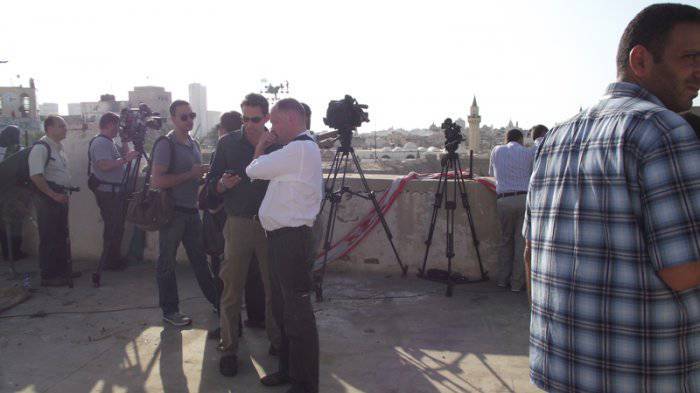 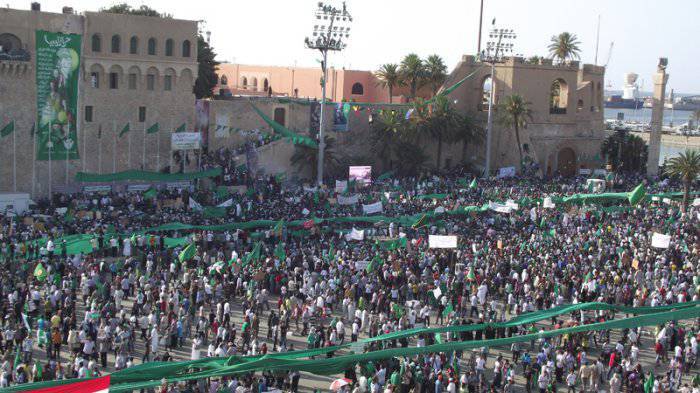 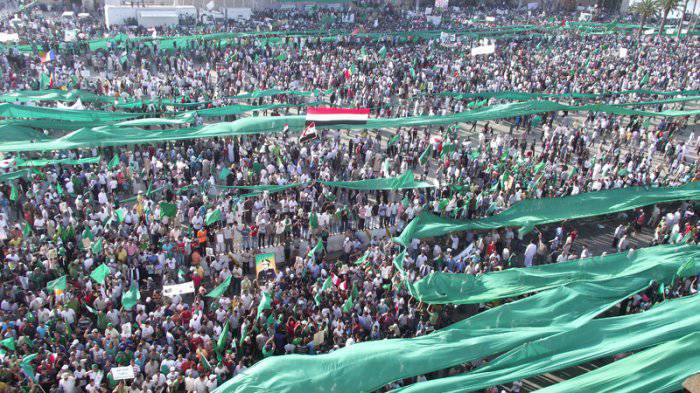 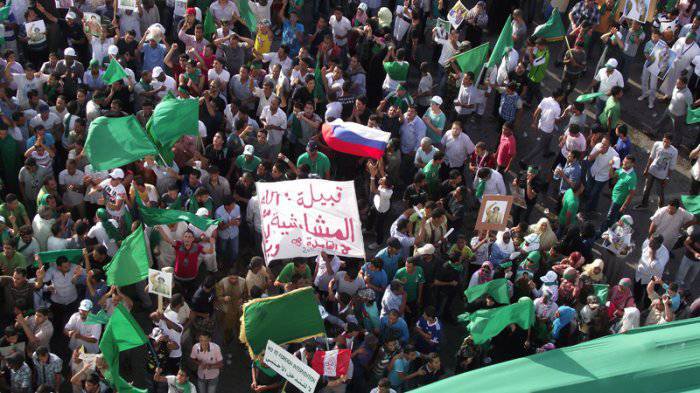 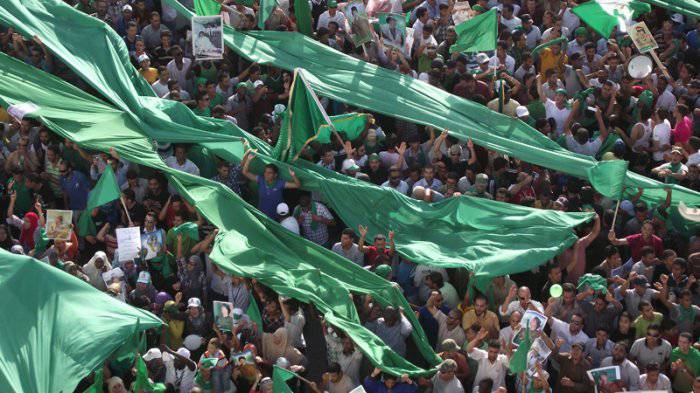 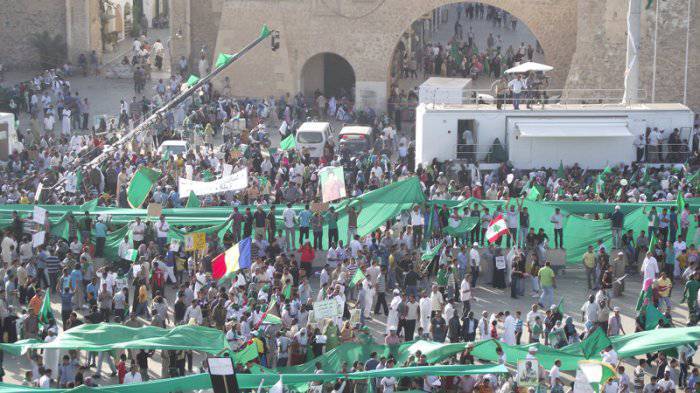 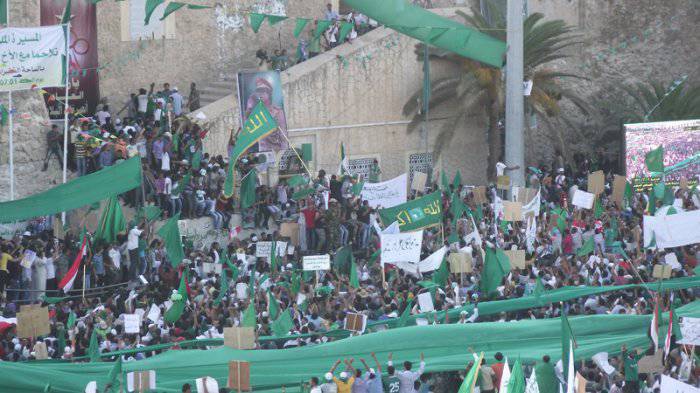 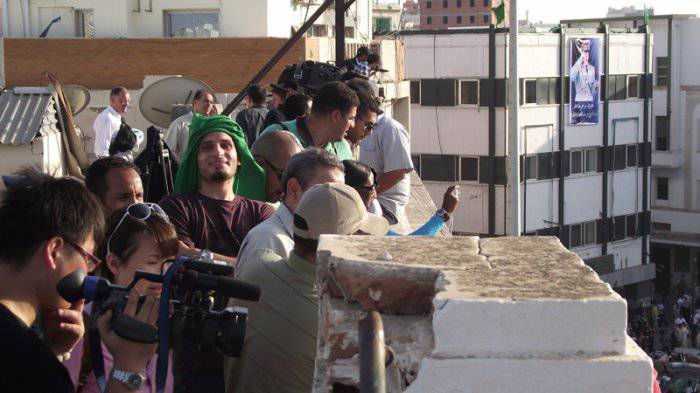 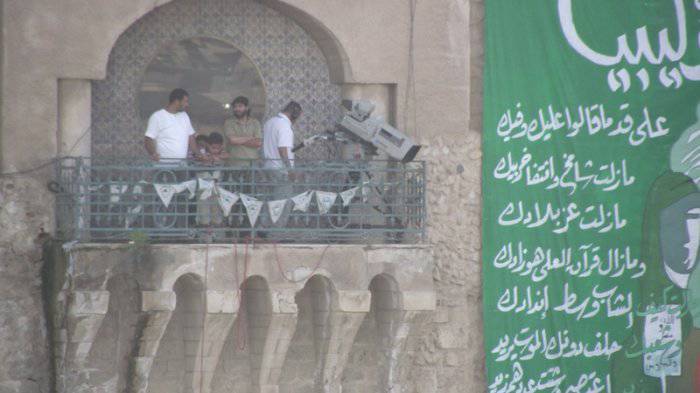 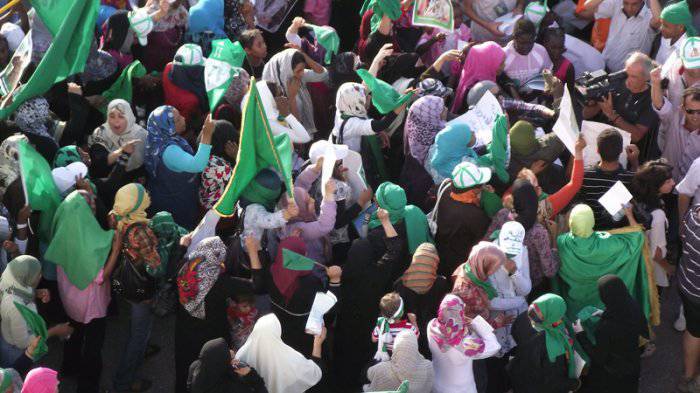 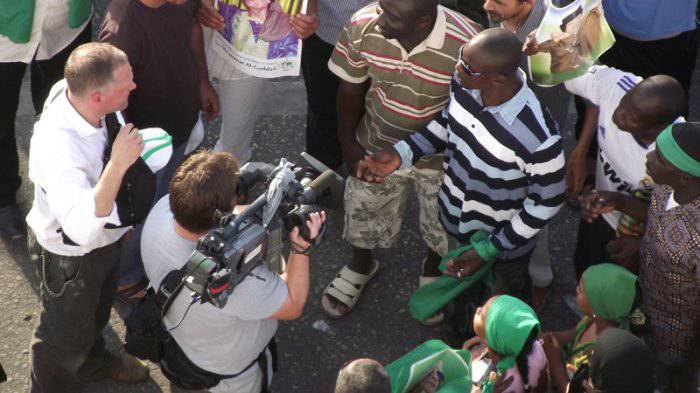 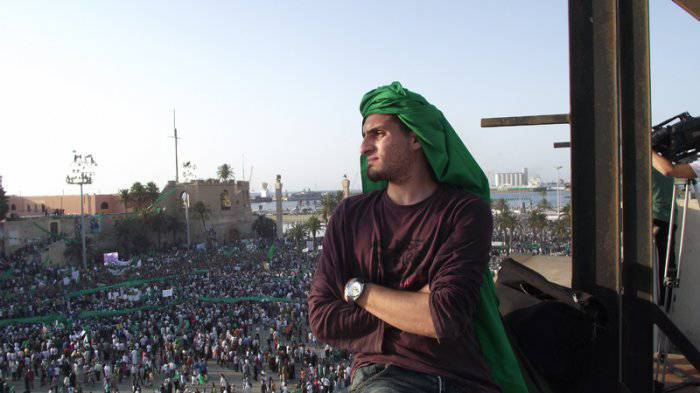 We are in Yandex Zen
Judgment in Tripoli. Saif al-Islam Gaddafi sentenced to death
Libya: after Gaddafi
15 comments
Information
Dear reader, to leave comments on the publication, you must to register.