Donetsk response to the Kiev "parade"

August 24 2014
495
In the center of Donetsk, they decided to arrange their response to the Kiev celebrations of the day of “independence” of Ukraine. On Lenin Square was exposed equipment that was captured from Ukrainian punitive. There were quite a few pieces of equipment, which during the fighting turned out to be completely broken by the blows of the militias. About this reports portal "Novorossiya".

In addition, on the street Artem, which in Donetsk recently, perhaps the most suffering from artillery shelling from the standpoint of Ukrainian punishers, conducted about a hundred prisoners of Nazi guards. Captured punitive many "wonderful" words about themselves heard from the lips of the citizens, lined up on the way of the column. After the ukrovoyak prisoners were held in the center of Donetsk, watering machines were taken outside, as the organizers said, in order to wash off the filth. 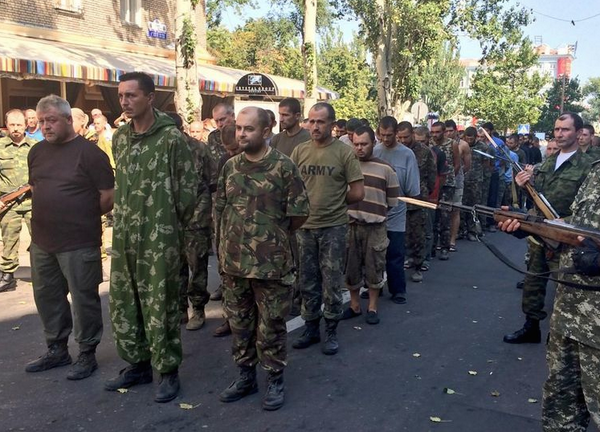 TV channel report LifeNews about the events of 24 in August 2014 in the capital of Donbass (including and about the conduct of captured punishers through the streets of Donetsk):