The media got a video on which information was presented on possible terrorist acts in Kiev, Dnepropetrovsk and Kharkov on the day of independence of Ukraine.

August 23 2014
136
TV channel LifeNews publishes a video of the revelations of a man who calls himself an ex-captain of the 47-th special-purpose regiment of the Ministry of Internal Affairs of Ukraine. The man claims that the Ukrainian special services are preparing a series of terrorist acts in different cities of Ukraine (Kharkiv, Dnepropetrovsk, Kiev) on the “Independence Day” of August 24 on 2014, with the aim of blaming these attacks on the DPR and LPR militias. 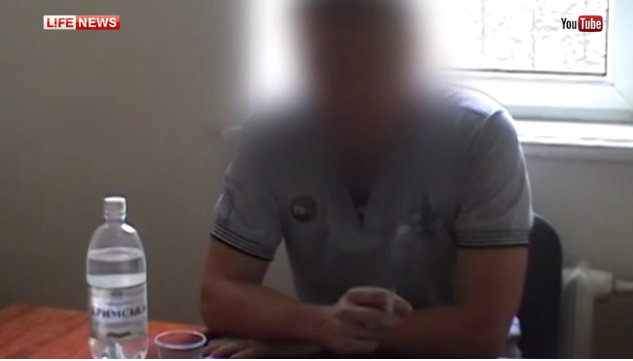 The man, whose face is hidden in the footage, says that he served in the Ministry of Internal Affairs of Ukraine in the Crimea before his reunification with Russia, after which he decided to leave the Crimea for the territory of Ukraine and continue to serve in the internal affairs bodies. The ex-captain said that he was attracted to the "ATO" as a specialist in mine explosives. One of the directions of his work, in his own words, was to prepare members of the Aydar and Donbass battalions for sabotage operations.

LifeNews quotes a person who calls himself an ex-captain of the Ministry of Internal Affairs of Ukraine:

In August, I received an order to urgently prepare three sabotage groups of “Aydar” and “Donbass” fighters. For them, we prepared explosive devices camouflaged as refugee bags. The fighters were mostly from Lugansk and Donetsk regions. I was told that they would have to return to their places of origin and arrange a series of terrorist acts against the militia leaders.

According to the ex-captain of the Ministry of Internal Affairs of Ukraine, a few days later it turned out that it was not planned to blow up the contents of the bags at the ATO venues, but in Kiev, Kharkov and Dnepropetrovsk during the celebration of the country's independence day.

The narrator said that after such information was forced to leave the territory of Ukraine with the help of former colleagues from the Crimea. Now he is testifying to the Russian special services.