August 23 2014
144
The first man-portable Verba anti-aircraft missile systems have already entered service with the Russian army. We received the latest MANPADS units of the Airborne Forces and the motorized rifle brigade of the Eastern Military District. This newspaper reports "Sight" with reference to a source in the NPK "KB engineering". 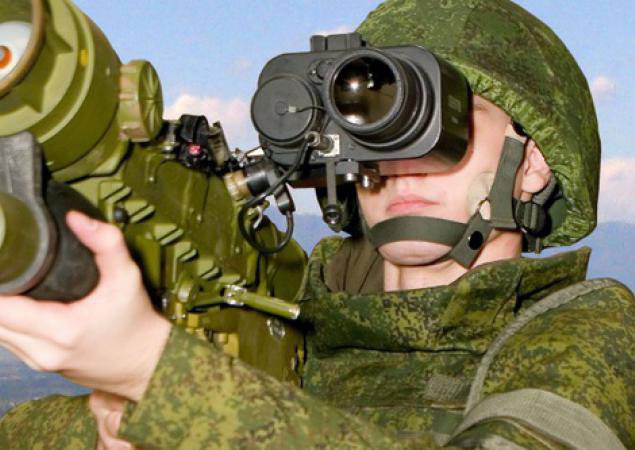 Specialists report that Verba is superior to all existing Russian and American versions of man-portable air defense systems. One of the main advantages of “Verba” MANPADS is the possibility of hitting low-emitting targets. In other words, "Willow" can be particularly effective in the fight against enemy drones, as well as in the destruction of cruise missiles.

MANPADS "Verba" is able to destroy targets flying at an altitude of up to 4,5 km at a distance of 500 m to 6,5 km. The mass of the warhead is 1,5 kg. In MANPADS, the latest automated control system is implemented, which reduces the notorious human factor to a minimum. The new principle of the control system eliminates the possibility of defeating MANPADS "Verba" means aviation own Air Force or Air Force ally.
Ctrl Enter
Noticed oshЫbku Highlight text and press. Ctrl + Enter
Military Reviewin Yandex News
Military Reviewin Yandex Zen
144 comments
Ad