August 23 2014
31
In Transnistria, the 70 anniversary of the Yassy-Chisinau operation, which allowed the region to be liberated from fascism, is celebrated solemnly. The solemn events dedicated to this date were attended by the Deputy Prime Minister of the Russian Government Dmitry Rogozin and the Minister of Culture Vladimir Medinsky, who met with the leadership of the Pridnestrovskaia Moldavskaia Respublika and veterans. 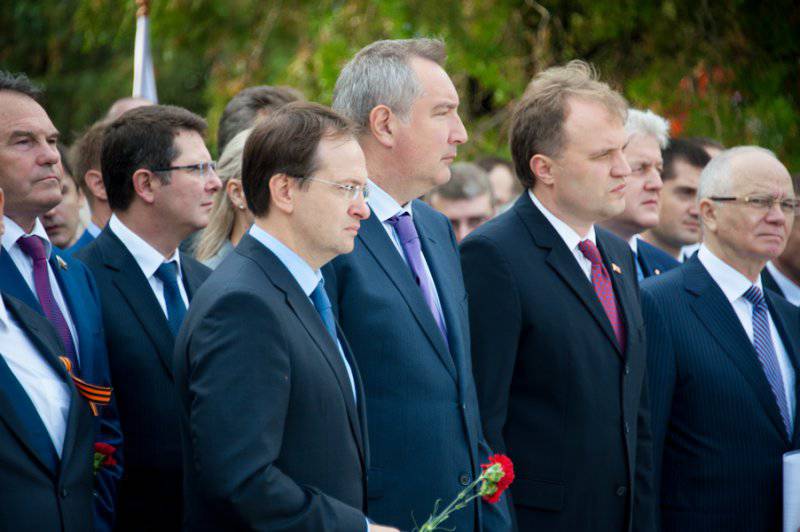 On the joint celebration of the liberation of the region from Hitler's troops tells website of the PMR President: 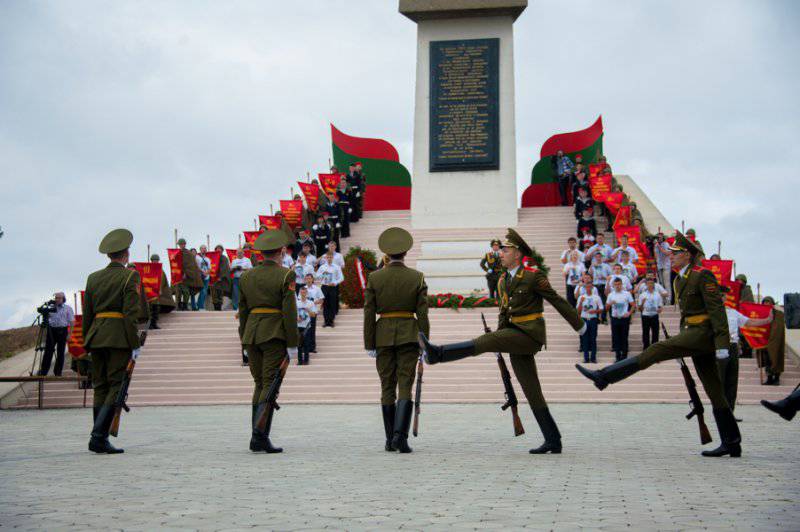 It is reported that World War II veterans who participated in the Yassy-Kishinev operation took part in the events.

President of the PMR Yevgeny Shevchuk thanked the veterans for their feat, recalling that 70 years ago, representatives of various nationalities fought shoulder to shoulder with a common enemy. 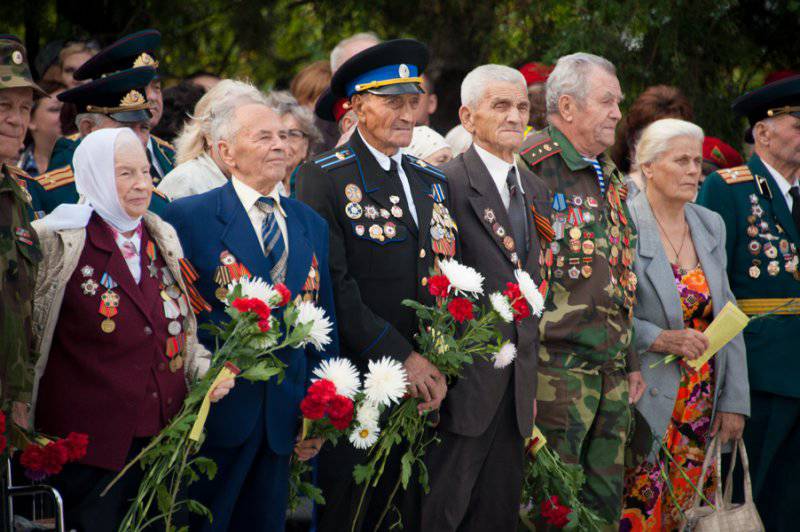 Dmitry Rogozin conveyed congratulations from Russian President Vladimir Putin and said that the memory of the war is the only condition that holds back the new threat.

Today, “Grad”, other salvo fire systems are being destroyed, the civilian population is compared with the land, which has nothing to do with the war, but only declared its right to speak Russian, to support Russian culture, and for this they are trying to kill. And who comes to the aid of the Nazis? All sorts of bastards from all over the world come, create their own fascist international brigades. And, of course, NATO, which is right there and now declares the guilt of Novorossia, the Russian Federation, Transnistria, and threatens us with the approach of its military infrastructure. Let him come closer! The closer they are to us, the closer we are to them. I do not advise anyone, I do not advise all "bad hunters" to approach the den of the Russian bear. He can crawl out of his lair and kick some people.

The Vice Prime Minister, to the applause of the assembled Transnistrians, continued:

Therefore, on this day, the day of the 70 anniversary of the Great Victory in the Iasi-Kishinev operation, a victory that really entered all textbooks as one of the most successful, boldest, most audacious military operations of the Soviet Union, I want to tell you, my dear Transnistrians : Never take your feet off the stove that holds Nazism. Keep this leg tight, do not let a single gap, so that the scum again got out into the light so that it begins to multiply. Keep peace on your land, stand firmly for it, remember every drop of blood that was shed by your grandfathers and grandmothers in order not to shed new blood. Glory to the Great Victory and eternal memory to those who paid with their lives for our peaceful day!

The head of the Ministry of Culture of the Russian Federation, Vladimir Medinsky, handed over to the Transnistrian museum a map of the Yassko-Kishinev operation.

Ctrl Enter
Noticed a mistake Highlight text and press. Ctrl + Enter
We are
Armed Forces of Transnistria: 23 of the year since its foundationRogozin visited Nizhny Tagil, shot from a tank and a gun
31 comment
Ad