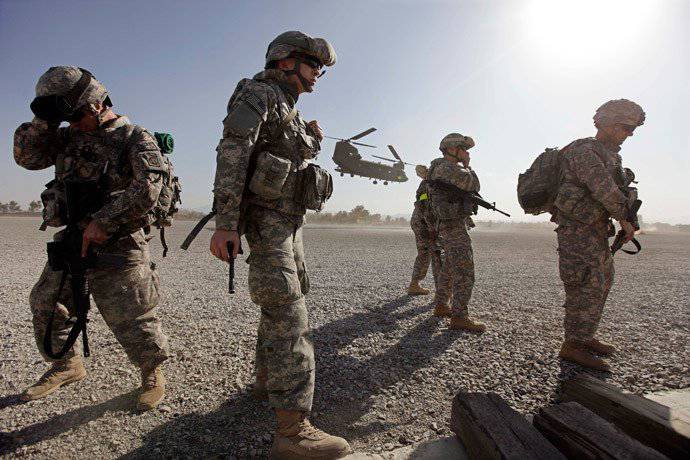 “First of all, they are extremely arrogant. They believe that the very fact of their appearance should already overwhelm the enemy. Secondly, they have lousy intelligence, ”said Sergei Shestov, president of the international public organization of veterans of special forces of the state security bodies Vympel, commenting on the actions of their American colleagues.

The United States, as it became known on Thursday night, made an unsuccessful attempt to free the hostages held in Syria. “The operation included air and ground components and was aimed at a specific network of thieves in the Islamic State grouping. Unfortunately, the mission was not successful, because the hostages were not in this place, ”said Pentagon spokesman John Kirby, RIA reports.News».

According to Kirby, in the future, the US government will use its military, intelligence and diplomatic capabilities to capture the captured terrorists, the Americans returned home, adds Reuters.

Kirby’s statement does not indicate when the operation was carried out. However, the Assistant to the President of the United States on the fight against terrorism, Lisa Monaco, in a separate statement, said that the head of state "ordered it to be held earlier this summer."

The White House also stressed that "they will not be able to disclose the details of this operation," but clarified: "The government was confident that it possesses enough intelligence information."

In turn, The Washington Post, citing unnamed sources in the US administration, reports that the operation was carried out by special forces with the participation of "almost all services" and was aimed at freeing the hostages, including James Fowley. The source said that “the military acted very aggressively and very quickly,” but this did not help them.

Recall, on Wednesday night, a video appeared on the Internet called “Message to America”, which captures how militants cut off the head of journalist James Fowley, who went missing in Syria two years ago. Before his death, Fowley, captured by Iraqi militants from the Islamic State group, blamed the US government for his death.

By the way, according to the New York Times, the militants demanded a ransom in 100 million dollars from the United States for the release of Foley. This was related by the relatives of the executed journalist. But the American authorities refused to pay, making a bet on the special services.

Interestingly, the US authorities were not going to tell anything about the failed special operation, but were forced to make a corresponding confession after the information got into the media, ITAR-TASS reports.

“We have never sought to disclose information about this operation. Fears for the security of the hostages and the necessary security measures as part of the operation demanded that we keep as much secrecy as possible, ”said Caitlin Hayden, the official representative of the National Security Council at the White House. According to her, the administration “made a public message only when it became clear that a number of media outlets were preparing reports on this operation, and we have no other choice.”

About why the Americans could not free the hostages, the newspaper VIEW questioned the President of the international public organization of veterans of special forces of state security bodies "Vympel" Sergey Shestov.

VIEW: Sergey Semenovich, how would you rate the operation of the American special services to free the hostages? Why, when the special forces arrived at the scene, nobody was there?

VIEW: What is the reason for these failures? Significant funds are being invested in the special services and the US Army as a whole ...

S. Sh.: This happens throughout not only these events, but for dozens of years. At one time we actively tracked them, and they, respectively, tracked us. So, in general, I can say that there are several reasons why Americans are failing in such operations.

VIEW: But the Americans managed to eliminate Bin Laden. You mean that you originally wanted to kidnap him?

S. Sh.: In my opinion, this was the operation “Despair”. The bottom line is that enmity within political elites in the United States led to the death of Bin Laden. It was beneficial for one side to seize it, and they tried to do it at any cost, the other side could not be seized by any means, because otherwise negative information about themselves would be revealed. And still, those who wanted to really liquidate it won. It was such an internal struggle, including within the special forces, in which there are fans of both the one and the second elite. And for the money, you can and accidentally shoot, and deliberately ... In general, I called this operation from a professional point of view the operation "Despair".

VIEW: Is this your hypothesis?

S. Sh.: Yes, this is my version. But according to the amount of information that was available, I concluded that the current US president had a plan to take Bin Laden alive. To just "bang" him, it was not necessary to organize all this and raise such a hype.

VIEW: By the way, the US administration did not intend to talk about the latest failure. They did this only when the information leaked to the press. It seems that journalists know more than US intelligence during special operations ...

S. Sh.: Yes. But when I talked about leaks, I meant intelligence information. Too many agents - in this case, Arab countries - are in their special units. So, even at the stage of a special operations plan, the possibility of its leakage to the enemy is not excluded.
As for the administration, they always come true. Anyone will make excuses, right?

VIEW: If there were Russians in the place of the Americans, what could our special services do? How prepared are they for the possible release of hostages in the Middle East and other hot spots?

S. Sh.: I can say so: operations of this kind, which we carried out and, I hope, we will conduct, almost always ended successfully.

VIEW: You mean first of all the Soviet experience?

S. Sh.: Both Soviet and modern. To the disappointment of the common people and the press, little is said openly about the latter, few people know about these operations, and we only know what the intelligence services consider it necessary to tell ... But I assure you: very few failed operations most succeeded.

VIEW: Give at least one example.

S. Sh.: Well, the classic example is the 1979 year, the events in Afghanistan, the capture of the capital of the country, Kabul. We then lost three people, the wounded were still about twelve. A total of 60 people participated from the special forces. There were also those who passed under the legend, like the protection of government buildings, etc. And the airborne battalion was also introduced. With these forces we managed to capture the whole city.