Russia celebrates the Day of the National Flag 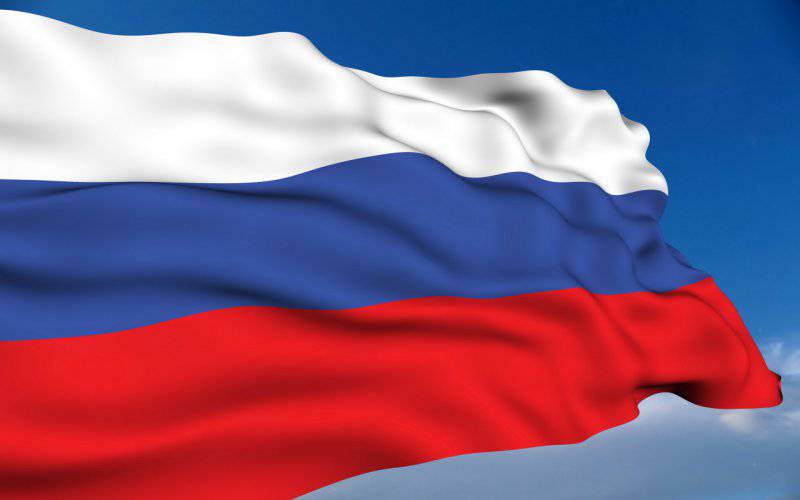 On Friday, 22 August, Russia celebrates the Day of the National Flag. In all regions of the country, including in the new subjects of the Russian Federation - the Republic of Crimea and the federal city of Sevastopol, festive events are planned.

How Russia will celebrate the Day of the National Flag

Numerous events will take place in Moscow. According to the metropolitan department of culture, performances and sports shows are planned in the parks of the capital. Anyone who wishes will be given out tricolor ribbons.

In particular, in the park "Tagansky" will be held competitions in football, frisbee and table tennis. Visitors will be invited to participate in the creation of an art object - tie a ribbon to a prepared structure, which will become one big Russian flag. The event will be accompanied by a live orchestra.

In the Hermitage Garden, a famous artist, graphic artist, designer and fashion designer Andrei Bartenev will present a performance for children called “Russia through the eyes of kids”. The small participants of the master class will create their own installations of plywood, cardboard and paints, embodying in them the image of Russia - the way they imagine it. An impressive art object in the form of the flag of Russia will be created from the resulting artistic objects - this event will be the culmination of the holiday.

Cultural Center "Inspiration" invites everyone to the youth patriotic action "Tricolor of the country of the native." In the open area, there will be a launch of kites with flag symbols, as well as a competition of children's drawings on the asphalt, after which all participants will receive pleasant prizes.

The electronic exhibition "Symbols of the Russian State" will help all lovers stories replenish your knowledge of the national flag. The topic will be picked up in the cultural center "Friendship". There guests will receive a lecture on the history of the flag of the Russian Federation. They will also tell about different interpretations of the meaning of colors. There will also be master classes in which everyone can create a postcard with a Russian tricolor on a patriotic theme. The event will take place in the fresh air. Guests are expected to play badminton, volleyball and treats.

The Day of the National Flag of the Russian Federation was established on August 20 1994 of the year by presidential decree and is marked annually on August 22.

The national flag is one of the official symbols of the country. Historically, they consider the white-blue-red flag, which was raised on the first Russian ship "Eagle" during the reign of Alexei Mikhailovich in 1667. The white line meant Freedom, blue - the Mother of God, with Russia as its cover, the red - State power. Now unofficially, the following interpretation of the tricolor values ​​is most often used: white color means peace, purity, integrity; blue - faith and loyalty; the red color symbolizes the strength and blood shed for the Fatherland.

The celebration will continue the next day, August 23. In the park "Red Presnya" "grow" "talking trees", which will tell guests about the history of the main Russian symbol.

Special events are expected in St. Petersburg. In the cultural capital on Palace Square will be held festive events dedicated to the Flag Day and the 150 anniversary of the Western Military District (ZVO). They will begin with a concert, in which the Academic Ensemble of Song and Dance of the Russian Army named after A.V. Alexandrova, as well as the ensemble and military orchestra of the headquarters of the Western Military District and popular artists. On the roads of the Neva a parade line of seven ships will be formed. The events will end with a festive salute over the waters of the Neva.

Do not pass their attention to the Day of the National Flag and political parties. In particular, a rally is scheduled for Friday in Moscow in Novopushkinsky Square, where members, activists and supporters of the Liberal Democratic Party will gather.

In United Russia, special attention was paid to the Crimea. The party promises that this is where the most interesting event will take place. 23 fragments of the Russian flag were sent to all regions of the republic, any citizen had the opportunity to write the wishes of the Crimeans. On Flag Day, all parts will be assembled and stapled into a single flag measuring 108 square meters. According to the coordinator of the youth direction of the Crimean branch of the party, Vladislav Ganzhara, thus, "we want to build a single flag of Russia, which 22 of August will be sewn and hung on the central square of Simferopol".

In 1693, the tricolor became the personal standard of Tsar Peter I. On January 20, 1705 he issued a decree according to which "on all kinds of merchant ships" they should raise a white-blue-red flag. The three-lane flag was raised on warships until 1712, when on a military navy the St. Andrew flag was affirmed (a white panel with two diagonal stripes of blue color, forming an inclined cross). 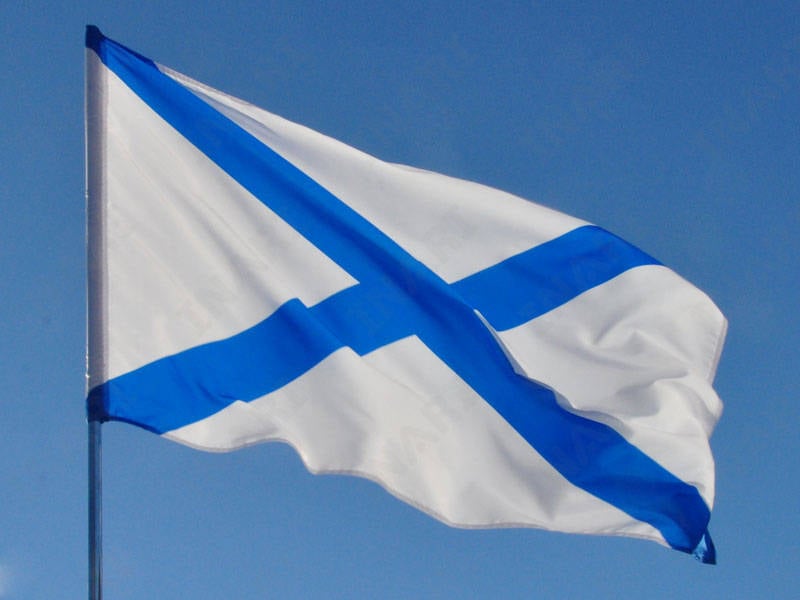 White-blue-red flag in the XVIII - first half of the XIX centuries. was used not only for commercial courts, but also the designation of territorial claims of the Russian Empire. In particular, it was used by sea expeditions and colonists, for example, in America.

11 June 1858. Emperor Alexander II, according to a report by the head of the herald office of the department of herald Berngard Kene, approved the drawing "with the arrangement of the black and yellow and white colors of the Empire on banners, flags and other items for decorations on the streets for solemn occasions". 1 January 1865 was issued a personal decree of the emperor, in which the colors black, orange (gold) and white are directly called the "state colors of Russia". The black-yellow-white flag was allowed to be used only by state institutions, the townsfolk could hang out white-blue-red flags. 28 On April 1883, the decree of Emperor Alexander III was announced, which said: "In those solemn occasions when it is recognized that the decoration of buildings with flags may be allowed, only the Russian flag was used, consisting of three stripes: upper - white, middle - blue and bottom - red flowers. " However, the black-yellow-white flag was not formally canceled. 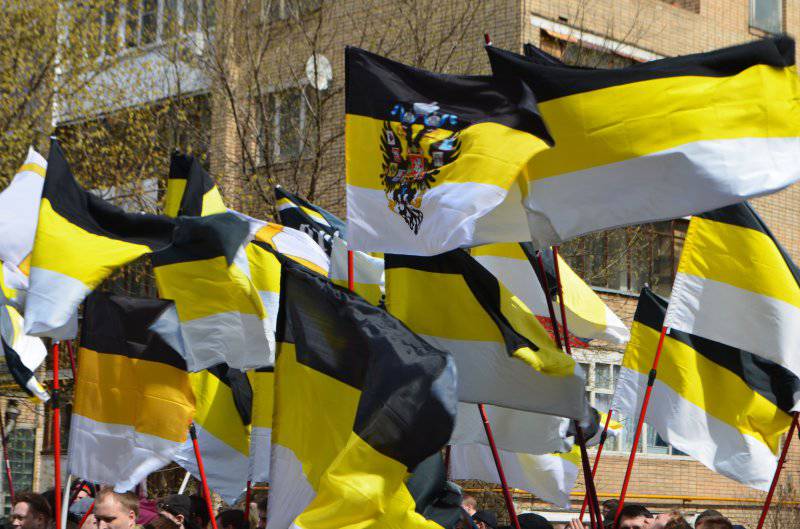 11 in May 1896. A special meeting at the Ministry of Justice, convened by Emperor Nicholas II, determined that for the empire the flag should "finally be considered a white-blue-red color, and no other." Also in 1914-1917. there was a "flag for private use": white-blue-red with a black double-headed eagle in a yellow square at the flagpole in the upper corner.

After the abdication of Nicholas II from the throne, the Provisional Government did not approve the new flag and state emblem. 8 on April 1918. Chairman of the All-Russian Central Executive Committee Jacob Sverdlov proposed to approve the combat red flag as the national symbol of the country, the corresponding decree was signed on April 14. The golden letters "RSFSR" (Russian Soviet Federative Socialist Republic) were stylized as Old Slavonic font. According to the law of the RSFSR from 1954, the flag of the RSFSR was a red cloth with a light blue stripe at the shaft in the entire width. In the upper left corner were the golden sickle and hammer and a five-pointed star above them. The flag of Russia in this form existed until 1991. 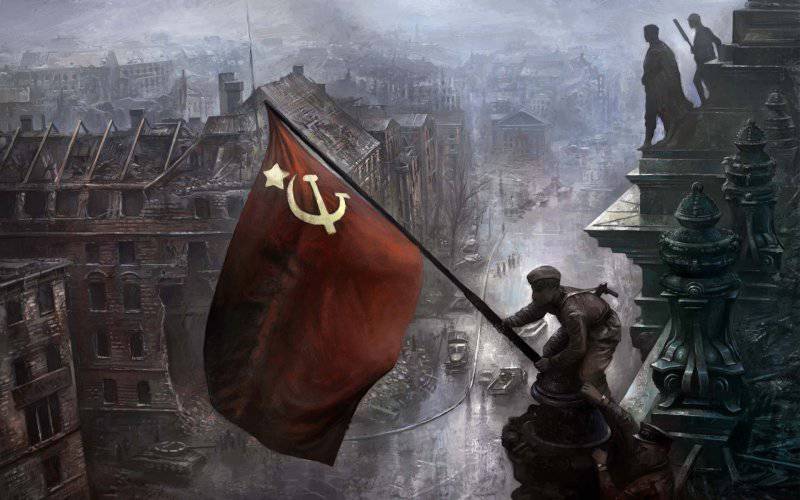 18 April 1924 The Presidium of the CEC of the USSR approved the new flag of the Union of Soviet Socialist Republics: a red cloth with a golden sickle and a hammer with a star in the upper corner at the hoist. Subsequently, the flag of the USSR did not change, except for minor adjustments to the shape of the sickle and hammer.

RETURN OF THE HISTORICAL FLAG

During the events of August 1991 in Moscow, the historic tricolor was raised above the White House. 22 August 1991 The Supreme Soviet of the RSFSR adopted a resolution “On the official recognition and use of the National flag of the RSFSR”. As it was taken a cloth with three horizontal stripes of equal size: white, azure and scarlet. The ratio of the width of the flag to its length was 1: 2. 1 November The 1991 flag was approved by the Congress of People’s Deputies of the RSFSR and survived after the RSFSR was renamed the Russian Federation (Russia). 11 December 1993, Russian President Boris Yeltsin signed a decree "On the State Flag of the Russian Federation". According to him, the azure color of the middle band of the current flag was replaced with blue, and the scarlet color with red. Also changed the ratio of the width of the flag to its length - 2: 3. 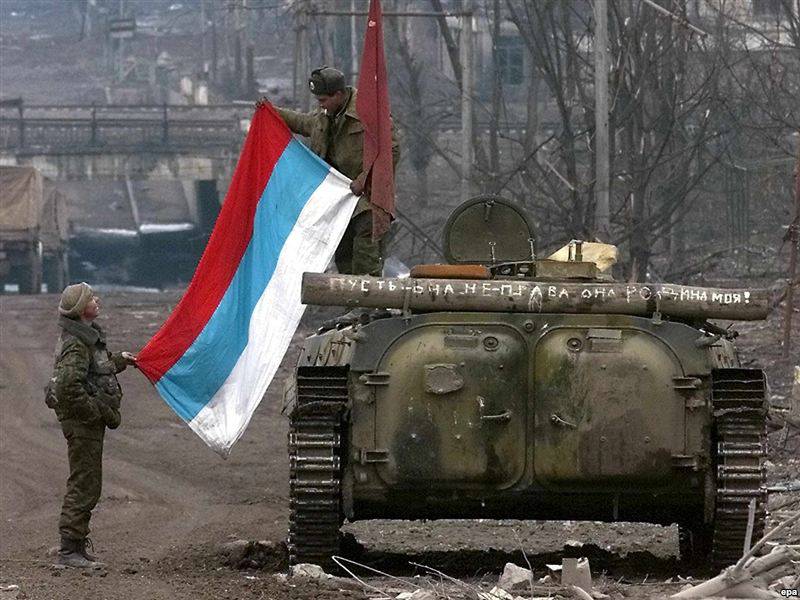 Where to raise the Russian flag

The Russian tricolor rises daily in places of permanent deployment of military units and separate units of the Armed Forces, other troops and military formations, and is also installed during official ceremonies and other special events held by federal government bodies. The national flag can be raised during celebrations held by public associations, enterprises, institutions and organizations.

In the days of mourning at the top of the shaft of the national flag of the Russian Federation, a black ribbon is fastened, the length of which is equal to the length of the flag panel. The tricolor raised on the flagpole lowers to half the flagpole.

In accordance with the amendments made to the federal law 8 in November 2008 and 28 in December 2010, the possibilities of unofficial use of the state flag were expanded: citizens of Russia can post it on their homes on holidays and on weekdays, as well also have the right to use the flag in cars, in sports stands, at the meeting of Olympians, as well as in other cases.