NSDC: who stayed in the shop? 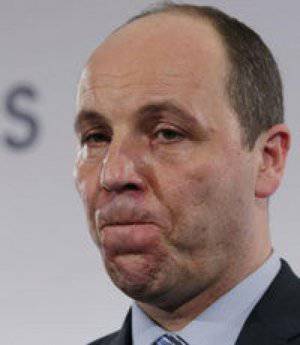 The epidemic of resignations "covered" Kiev authorities. 21 August wrote a statement "of their own accord" Minister of Economic Development and Trade Pavel Sheremet. Well with him, oddly enough, everything is clear. What could be economic development and, moreover, trade in the conditions of the ATO, sanctions and the dollar for thirteen with something hryvnia? Sheremet himself raves about some “red lines” that someone has crossed over, a conflict with “people of the past”, declares a passionate desire to work with “people of the future”. In general, carries the typical information nonsense.

I don’t even want to mention Tatiana Chernovol’s resignation from the post of the main anti-corruption jester of the Cabinet of Ministers. Everything is more than clear. Arseny Petrovich’s neurotic “half-resignation” from his post as if he was the prime minister responsible for receiving the IMF’s non-existent dough, was racially correct media sucked from all sides. Yes, Arseny wanted to jump off before the elections, but in Washington they did not approve such a feint with their ears and advised them to fasten. In extreme cases, take potent anti-infective agents. Perhaps it will help, but not a fact.

Oh yeah, I almost forgot about Victoria Syumar - the main consumer of US grant aid. Already, few people remember, but she worked as deputy secretary of the NSDC for the information part. And the first one felt: something went wrong. The US Embassy flatly refused to pay for pizza delivery to the office, buying a new fridge hung in the air, and the idea to create a “powerful information channel, an alternative to LifeNews, was rejected as too expensive. “Girl, no one will give you a dough, it's a state structure,” something like this was declared insulted to the depths of the soul of Victoria. In fairness, I want to note that I nostalgically recall the times when Syumar ruled for informational propaganda. They were still embarrassed to simply cut down the Russian TV channels, sent out some letters to providers asking them to “promote information security.”

In reports from the ATO, there were still no “surrendering Chechens”, “kilometer columns of Russian armored vehicles” and other fakes loved by the current speakers of the NSDC. Victoria acted without a helmet, put pressure on racially correct patriotism, and was almost a normal person compared to Tymchuk. In general, she quickly faded.

And that is typical - so far, her place remains vacant. Like the warm, heated buttocks of the commandant of Maidan, the place of secretary of the National Security and Defense Council Andrei Parubiy. He is better known to the wide blogger circles of the Speech Therapist. The godfather of "self-defense", the author of the newest racketeering schemes of the Maidan type, resigned right at the time of the demolition of the "memorial to the heroes of the heavenly hundreds." Paruby, who three times exposed the insidious plans of Vladimir Putin and personally prevented Russian intervention four times, quit modestly, without any extra pump. The point is not that he is a silent and moral person. He was simply advised to "overwhelm him." Paruby, although he is the happy owner of a certificate of slight mental retardation with pronounced oligophrenic moments, nevertheless, he understood the hint.

He promised to concentrate all his scattered attention on working with the "volunteer battalions" and ... disappeared. Meet you. In the anti-terrorist operation zone, where it would be logical to look for these same battalions, no one saw him. There were news reports that the "Speech Therapist" was seen in Turkey, Italy and even, sorry for the expression, in Ibiza. Yes, actually, and figs with him, with Parubiy. Gone so gone. What is more surprising is the fact that, as racially correct media write, at such a difficult time for the Motherland, when there is not enough paint to paint everything in a yellow-black color, and terrorists scoff at civilians in Donbass, they’re taken away from gullible army men Tanks and still shoot queues in the direction of Semyon Semenchenko, a key position in the Security Council remains vacant. At one time, political scientists gave birth to a whole cohort of “Speech therapist” successors: from Baloha to Marchuk and Lutsenko. However, the third week is already underway and the pause is becoming more and more prolonged for understanding people. A cautious, purely patriotic "srach in kamenti" began. Svidomo quietly throw shit on the fan, telling stories on the usurpation of power in the Security Council by a graduate of the institute of cryptography FGC of Russia Alexander Litvinenko. He seemed to have survived the fiery marginal of Maidan from the Security Council, and now he has closed everything on himself.

Others, who are also well-informed sources, tell the bike about the fear of the supreme commander in chief to create parallel power structures. What if the Security Council during the ATO will become a kind of decision-making center?

Dark forces will appear, which will try to organize a coup, a coup and other extremely anti-constitutional actions. That does not appoint anyone to this position. Who knows what? Meetings with security officials are now held exclusively in the Presidential Administration. True, the speakers of the National Security and Defense Council, who regularly report on the situation in deep space, have remained. As the forces of the Martians, concentrated in the hollow of the crater of the name of some ancient hero, fired on residential areas of Donetsk. And they also managed to shoot down an unlucky Malaysian Boeing with a laser. That's right: there is no one to look after the guys. Litvinenko is encrypted, and another deputy secretary of the NSDC, Mikhail Koval, constantly complains about the consequences of a strike received in the Crimea from a Russian paratrooper.

It would be possible, of course, not to focus on a series of indicative political demarches of high-ranking "figures." However, this trend seems to escalate after August 24. First, someone must answer for the failure of the brilliant idea of ​​the supreme commander with the "victory parade." For this, he conceived this celebration, so that he could change the script on the fly, since there is a parade, but there are no victories, no? !!! We have to write on Twitter about taking Hatsapetovka. It's a shame. Of course, the answer must Minister of Defense Geletey. However, its so easy for intimate places you will not take. May start an election campaign. Or get a chair secretary of the National Security Council.

Secondly, the main secret service of the country, Valentyn Nalyvaychenko, suspiciously subsided. Back in June, his department exposed hundreds of agents of the FSB and the GRU. Permanent briefings were held at which monstrous explosive devices made from plastic bottles were shown to journalists. And suddenly silence ... Just rumors about negotiations about joining the first five of one of the political forces. Here you have one more likely resignation.

And finally, thirdly, after the announcement of the decree on early parliamentary elections, two “leaders” at once — Speaker Oleksandr Turchynov and Arseny Yatsenyuk, already mentioned, are going to announce their departure for “pre-election leave”. They are all so honest and democratic. Directly real Europeans of the highest standard. The duties of Arseniy will be performed by the same Groysman, and Turchinov will be replaced by Roma Koshulinsky.

Just before our eyes, the system of management of what remains of the state is falling apart. Some go to the polls, others go to ... Only the supreme commander remains in the shop.