Whose side are you on, “Russian capital”? 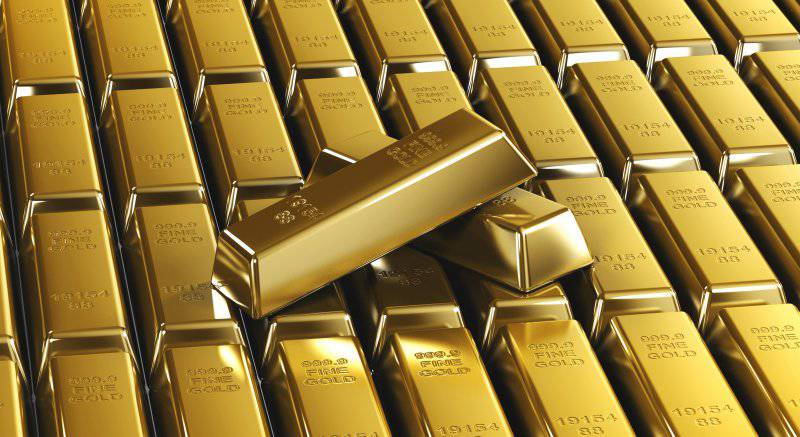 “The optimists’ position on the possible economic war against our country is completely refuted by an analysis of the international investment position. ” At the beginning of this year, the likelihood of large-scale economic sanctions by Washington against Russia was very high. It would seem: it is necessary to act, urgently correct the “distortions” of the international investment position: to wind down our foreign assets, transferring some of them to safer financial instruments, change the geography of the placement of these assets ...

Today, we can already draw some conclusions about how Russia's investment position has changed in a situation of sharply increased international tension, since the Bank of Russia recently published data on the balance of payments of the Russian Federation for the first half of 2014 of the year.

Apparently, in the first half of 2014, there was a massive outflow of capital from the Russian economy. For the sake of justice, it should be recognized that last year there was a net outflow of capital from the country. Last year, it was possible to write off the net capital outflow from Russia to an unfavorable economic and financial environment.

At the same time, at the very beginning of 2014, it became obvious that an economic war could be waged against Russia in connection with the events in Ukraine. Therefore, one would expect some reaction from Russian and foreign investors. Reactions that would inevitably affect the balance of payments and the international investment position of Russia. The reaction of foreign investors was quite logical: they slowed down the growth of their assets in the Russian economy. And in the banking sector, foreign investors in the first half of the year reduced their assets by 10 billion dollars.

Russian investors in the context of an impending economic war intensified the export of capital. The excess of the export of capital over its imports within the private sector of the Russian economy is a chronic condition. We already began to get used to it, although this thing is terrible - the exsanguination of the national economy.

In the last six years alone, net capital outflows within the private sector amounted to 417 billion. Not bad! This is equivalent to all of our current foreign exchange reserves. For the first half of 2014 of the year, the total net increase in foreign assets of the private sector of the Russian economy is estimated at almost 70 billion dollars. And for the year, about 140 billion dollars are obtained. due to acute financial crisis. Today, thank God, there is no such crisis. Nevertheless, private capital is moving in the direction from which the threat of economic war against Russia comes. It is difficult to say what he expects, but this, as they say, is a “medical fact.”

There is a reverse process to that which is necessary for preparing Russia for an effective opposition to the West in an economic war.
And our government is watching this process with calm calmness. Not to mention the illegal export of capital. In the first half of this year alone, 6,6 billion dollars flowed out of the country through this channel. With this in mind, banks and enterprises withdrew 76,4 billion dollars from the country in the first half of the year. The net outflow of private capital per year could be more than 150 billion

By the way, speaking of capital flight from Russia, one should not underestimate the role of such a channel as cross-border operations of individuals (residents and non-residents). There is a lot more money for individuals than is introduced into Russia.

And there is a further trend of increasing net cash outflow of individuals from Russia. In the first quarter, the value of cross-border cash transactions of individuals is usually minimal compared to other quarters. However, in the 1 quarter of 2014, the outflow was a record high — almost 12 billion dollars. At the same time, the number of cross-border operations with far-abroad countries, where individuals' capitals are usually withdrawn for subsequent placement in various foreign assets (bank accounts, securities, etc.). Cross-border operations with the CIS countries are mainly the transfer of money earned by labor migrants in Russia, which are subsequently used for personal consumption.

If we start from the figures of the first quarter, we can expect that this year the net cash outflow of individuals from Russia will be the maximum for all history Russia.

A word about foreign exchange reserves

Foreign assets of the Russian Federation consist not only of the assets of banks and enterprises. At the beginning of 2014, 42,3% of foreign assets accounted for the international reserves of the Bank of Russia. in the first half of the year, the Bank of Russia was winding down international reserves. In the first half of the year, their volume decreased by 37,7 billion. Compared to the amount of reserves at the beginning of the year, the reduction was 8%. The rate of collapse of foreign exchange reserves is clearly insufficient. In general, the balance of payments for financial transactions for the first half of the year decreased by 38,7 billion dollars. Translated into the language of economic war, this means that in six months our potential losses in this war increased by almost four tens of billions of dollars!

However, in conditions of economic war, a country cannot remain without foreign exchange reserves. Need some kind of emergency reserve. Our foreign exchange reserves have so far served as the “monetary base” for the issue of rubles and have been used as a means of conducting “currency interventions” to maintain the ruble exchange rate. In extreme conditions, reserves should become a “strategic reserve”, perform other functions, primarily used for the procurement of vital goods on the world market. Such reserves should be as protected as possible. A radical revision of the structure of foreign exchange reserves in terms of types of currencies, financial instruments and geography is needed. The Bank of Russia has published the following data on the structure of the international reserves of the Russian Federation in the middle of this year.

In the first half of 2014, the Central Bank of the Russian Federation in foreign exchange reserves reduced the share of securities from 75,7% to 72,0%. The share of cash currency and deposits increased from 13,0% to 15,6%. In principle, the trends in the structure of the international reserves of the Russian Federation in terms of the main types of instruments are positive. Securities - a tool quite vulnerable in the conditions of economic warfare. They are deposited in Western banks controlled by Washington. Cash currency and bank deposits are somewhat less risky instruments, but only with proper choice of banks and depositories. They must be outside the control of Washington.

In any case, it is desirable that the currency reserves of the Bank of Russia are not placed in US Treasury securities and in the accounts of US banks.

Gold is the most proven and secure in the context of economic wars.

In physical terms, the stock of monetary gold in the international reserves of the Russian Federation grew in six months from 33,3 to 35,2 million troy ounces, i.e. on 5,8%. The share of gold over the period increased from 7,8% to 9,7%. However, this is still a very low figure. For comparison: in the international reserves of EU countries, this figure is on average around 50%. The increase in gold reserves of the Bank of Russia, according to its annual report, in 2013 was 80 tons, almost all of the growth was due to the metal mined in Russia. Meanwhile, the volume of Russian mining last year amounted to 254 tons. According to our calculations, if the Bank of Russia would buy 100% of domestic gold mining, from the middle of the last decade, Russia's gold reserves would be at least 2000 tons (at the beginning of the current years, these reserves slightly exceeded 1000 t). Let me remind you that in Magadan in 2005, Russian President V. Putin held a meeting on the development of gold mining. At the same time, the task was to transform the domestic gold mining into the “currency shop” of the country. Specifically, the Bank of Russia was asked to consider the possibility of 100-percentage purchases of products of domestic gold mining. The Bank of Russia this presidential instruction actually sabotaged. This sabotage continues even under pre-war conditions.

War on the nose, but there is no economic mobilization program

1. The positions of Russia, including its banking sector in the expected economic war of the West, are quite vulnerable (despite the optimism in our media).

2. Moreover, even in the 2014 year, when the threat of economic war was already evident, Russia's vulnerability continued to increase. The so-called "Russian" capital has sharply intensified its flight from the country abroad. The threat factor of economic war is working on the "bleeding" of the Russian economy.

3. Analysis of the Bank of Russia data for the first half of 2014 of the year shows that our monetary authorities (the Central Bank and the Ministry of Finance) react to threats of economic war extremely sluggishly. In essence, they are engaged in imitating practical steps. The monetary authorities do not offer any specific full-scale programs for preparing our financial and banking system for the conditions of economic sanctions.

4. With this in mind, it is urgent to develop such a program. Probably, the development is possible with the help of those specialists and experts who are not bound by any interests with the current monetary authorities of the Russian Federation.

5. In developing the program, we should proceed from the fact that we need a financial and banking system (FBS), which is ready to ensure our opposition to the West not only in an economic war, but also in a “hot” war. Those. it should be PBS, which will be an integral part of the economic model of the mobilization type.

6. The program must include the following areas:

- urgent measures to eliminate the offshore nature of our economy (including the banking sector);

- a set of measures for the return of foreign assets to the Russian economy and / or the transfer of these assets to safe zones;

- the introduction of restrictions and prohibitions on cross-border capital transactions;

- limiting the presence of foreign capital in the Russian economy (especially in the banking sector);

- the restructuring of the money issue mechanism (the issue of rubles not for foreign exchange reserves, but for the needs of the national economy);

- transition to the state currency monopoly (all operations with currency are carried out by the state represented by banks and organizations authorized by the government).