An attempt to create a "Khazar Republic" in Soviet Russia

July 20 2011
17
At one time, among the “patriots” it was popularly believed that the “World Jewry” was to blame for the 1917 Revolution, which is why it was even called the “Jewish Revolution”. But this is just another historical the myth - Russian Jewry was just one of the revolutionary detachments, among these revolutionary detachments there were the most Russians among the Russians — Old Believers who hated the Romanovs and “their Russia”. Yes, and the "world backstage", which has taken a crucial role in the collapse of the Russian Empire, can hardly be called "Jewish" or "Jewish." It is international in composition, not without reason in Russia the “fifth column” is called cosmopolitans “rootless”. So, the Morgans, Colonel House, Wilson, like many current US politicians who decide the fate of the world are pure Anglo-Saxons.


Yes, and such representatives of Jewish banking clans as Kan, Warburg, Milner, Baruch, etc., have long since moved away from classical Judaism. Many Jewish revolutionaries adopted Christianity in different directions or were atheists. So, Trotsky allowed the children to accept Lutheranism. 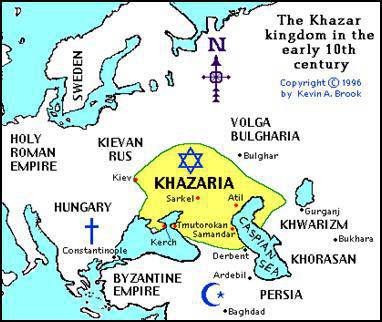 Just the "Jewish question" was a great "battering ram" for strikes on the empire. With it, it was easy to wage an information war - about the mythical "oppression" of Jews in Russia. Although the Jews were many Russian industrialists, financial and public figures. If we examine this issue in more detail, it can be noted that all the accusations of the Russian empire of “anti-Semitism” were “sucked from the finger”. In addition, the “world backstage” used Russian Jewry as its strike force, as well as other national intelligentsia — the Russian, Estonian, Latvian, Finnish, etc.

They were encouraged, singled out in a “special group”, so in 1918, the “Jewish section of the RCP (B)” was formed under the “wing” of Sverdlov, she even published its newspaper in Yiddish. In July, 1918 issued a decree on severe punishment for anti-Semitism, although Russophobia flourished.

The idea of ​​a national state of the Jews

At the beginning of the 20th century, there were two projects of the Jewish state: the first was planning to create it in the “historical homeland”; According to the second, one of the most vehement supporters of which was the Kiev millionaire Lazar Brodsky, the Jewish state had to be created there, where many Jews already lived, where they settled well - in the south of Russia, rather than chasing after the plans generated by idealists.

After World War II, both plans received support, so in London they decided that it was necessary to support the Zionists, and so-called was published. "Balfour Declaration" on supporting the creation of a "national center of the Jewish people in Palestine." Palestine came under the British mandate, and London announced the beginning of the creation of a “national center.” This initiative was supported by many representatives of the "financial international", for example: Felix Warburg. He assisted in the creation of Jewish settlements, the Palestinian Economic Corporation, and the University of Jerusalem. Supported the initiative and Otto Warburg, Rothschilds. But, despite the financial and powerful informational support, the Jews somehow did not seek to abandon the inhabited territory and go to the desert to create a “national hearth”. In addition, the first clashes with the Arabs took place, which further reinforced the desire not to go far to distant lands.

At the same time, from 1923, they began to create a “national focus” in the USSR. Moreover, the initiative came from the United States - from the public organization “Joint Distribution Committee”, its chairman was the same Felix Warburg, who helped in Palestine. He held talks with the Soviet government on the establishment of Jewish colonies on the Crimean peninsula. Initially, it was said about several hundred former “bourgeois”, who need to be re-educated as “workers”. But then the project was expanded; one of the authors of the policy of “war communism” Larin-Lurie was engaged in its development. He put forward a project to create a national autonomy of Jews in Crimea, resettling there 280 thousand people. In November 1923 of the year “Sverdlovsk” A. Bragin put forward an even more ambitious project - he was going to introduce not only Crimea, but also the steppes of Ukraine, Azov, Kuban, the Black Sea coast as far as Abkhazia into Jewish autonomy. Practically the project "Khazaria-2". The plan was supported by Trotsky, Kamenev, Bukharin, Tsyurup, and others. As a result, the majority of Politburo members supported the “autonomy” project in Crimea in February 1924, and the Presidium of the CEC of the USSR considered it on 29 in August 1924. 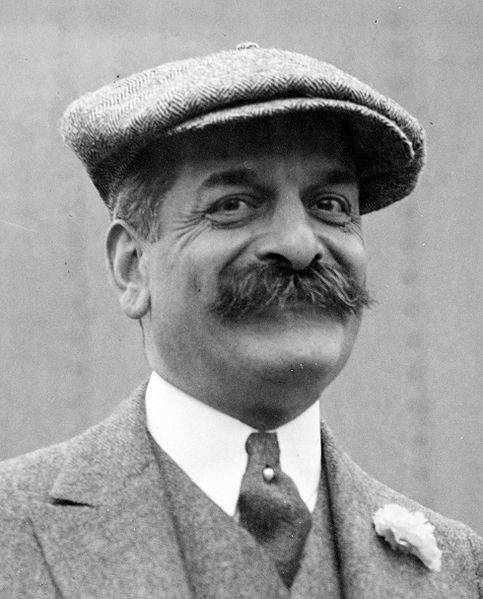 Interesting numbers were reported on it: total 300 thou. Jews, union members, i.e. workers and employees (with families of approximately 850 thou.), Another 130 thou. Farmers, and 1 mln. 750 thou. Small traders, artisans, workers services, etc. Therefore, they concluded that the structure of Jewry is completely unprepared for the Soviet system and if not to take emergency measures to transfer it to production, then Jewry is doomed to “extinction and degeneration”. Where did this threat come from is not clear. But in the end, it was decided to start the resettlement of Jews from the western towns to the Crimea. To do this, they created two governing bodies: KomZET ("Committee on the Land Management of Jewish Workers") headed by Smidovich and OZET ("Public Committee on the Land Management of Jewish Workers") headed by Larin. Interestingly, the main "sponsors" of the project were the Americans - the plan abroad was named "Agro-Joint." Felix Warburg concluded several treaties on the establishment of Jewish colonies, supported the project Paul Warburg, the Rockefeller Foundation, various charitable organizations. At the same time, the Reed-Johnson law was passed in the USA, and restrictions were imposed on the immigration of Jews from Russia to the USA. The United States was more attractive to Russian Jews than the sands of Palestine or even the Crimea, which was ravaged by the Civil War. Hebrews blocked the main direction of their migration.

Another interesting fact is that this law did not cause criticism in the press, the United States did not accuse of “anti-Semitism”. Also, the media almost did not touch on the topic of persecution of Jewish rabbis in Soviet Russia, during the anti-religious campaign. It can also be noted that the Crimea was probably “prepared” in advance for the creation of the “Khazars-2” (unofficially this project was called the “Khazar Republic”). So, after the defeat of Wrangel, it was in the Crimea that a terrible slaughter was arranged, which is difficult to find equal, even during the most severe Civil War. In the winter, 1920-1921 in the Crimea organized a famine, food detachments took out food, and the barriers on the isthmus blocked the supply of food, another wave of famine took place in Crimea in 1921-1922. There was a "cleansing" of the population so that the Jews would become the predominant ethnic group in the Crimea. Larin announced that 500-600 thousand Jews should be resettled to Crimea.

Was this project a boon to Russian Jews? Unlikely. The Jew has long been rooted in Belorussia, in Ukraine, and has gained the opportunity, with the fall of the “Pale,” to move to Petrograd, Moscow, and other major cities. And then they were torn away from their native places and taken to start all over again, with unknown perspectives. Plus, the resistance of the already existing in the Crimea "autonomy" - Tatar, which was "infected with the ideas of nationalism and Pan-Turkism, the leadership of Tatar autonomy complained to Moscow, but she always took the side of the" Khazar Republic ". As a result, when the chairman of the CEC of the Crimean ASSR, Veli Ibragimov, arrived in Moscow, he was arrested by the OGPU, accusing him of "hiding bandits." Then "cleaned" and his entourage. Opponents of Jewish "autonomy" - 132 people were shot on charges of "nationalist sentiment" and "counter-revolutionary conspiracy."

Due to the powerful flow of foreign investments, the project did not have any material problems, as well as political ones, the project’s patrons sat on the highest posts of the USSR. But the simple Jews themselves ruined the project, they didn’t need the “Khazar Republic”, the transported Jews did not want to be engaged in agriculture, many soon left for their native lands. They ran around the cities, doing their usual activities there: they traded, opened tailors, watch workshops, etc. So, on 1 in January 1930, there were 49100 Jews in Crimea, only 10140 remained in the village, and they tried to become accountants, teachers, sellers of rural shops, accountants, etc., without becoming peasants. As a result, the project of the “Soviet Khazaria” collapsed. 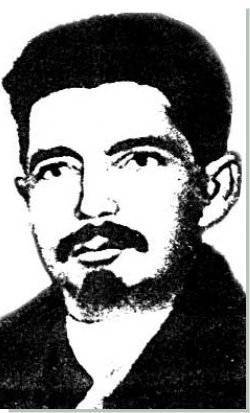 We are in Yandex Zen
From the history of own names of aircraft of Russia, 1885-1917 years
English agents against Field Marshal Kutuzov
17 comments
Information
Dear reader, to leave comments on the publication, you must to register.