“To insult a great power must respond adequately” 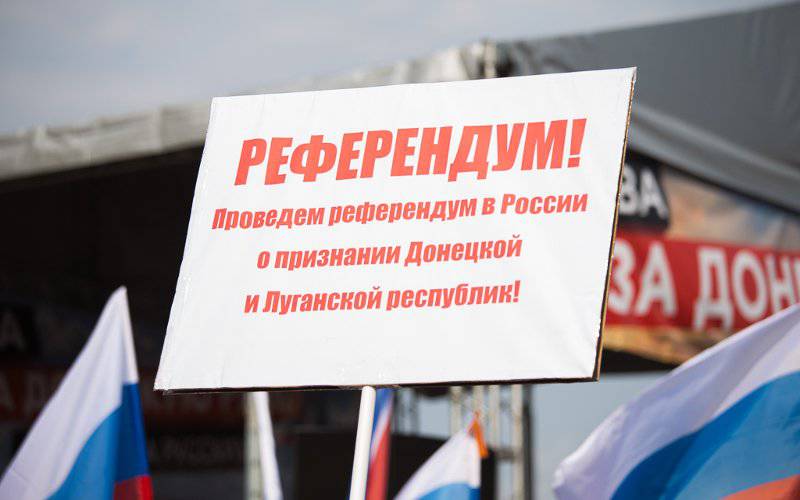 Often, the non-use of force leads to fatal consequences.

In Berlin, negotiations took place between the heads of the foreign ministries of Russia, Germany, France and Ukraine. Judging by the vague and rather meager media reports, there was no political breakthrough in the Ukrainian crisis.

A member of the State Duma Committee on Defense, Vyacheslav Tetekin, especially for KM.RU, assessed the effectiveness of diplomatic consultations regarding the situation in Novorossia.

Diplomacy will work only at the final stage.

- To count on the fact that a meeting of diplomats will help resolve the conflict between Kiev and Novorossia would be naive. The matter has gone too far, the victims are so huge that it is impossible to quickly solve the problem. Kiev insists that Donetsk and Lugansk are its territory, rebels and separatists are there, and prefers to destroy them by force. weapons. New Russia resolutely insists on the right of self-determination, which is supported by the results of the referendum, and besides, sacrifices have already been made for the sake of independence.

Thus, the positions of the parties are too far to be settled by diplomatic means. Experience has shown that in the case of major armed conflicts, diplomats enter into action only when it is clear who is winning. Military and economic factors will be crucial, and diplomacy will work only at the final stage. Now there is a stubborn struggle, the military "swing" swinging one way or the other, and who is winning is unknown.

Against this background, the economic factor also arises, because winter is approaching, gas reserves in Ukraine’s storage facilities are being depleted, and coal is not flowing. When it turns out that Kiev, in spite of its statements, is in fact in a very difficult situation, then negotiations with the help of intermediaries will be productive. There is no hope that something crucial will happen in the coming weeks.

Russia has the moral right to intervene

I recall that NATO waged a war in the Balkans under the pretext of humanitarian intervention. The Americans themselves invented humanitarian disasters and after that with clear eyes found themselves on the territory of the Balkan states. But now a humanitarian catastrophe created by the actions of the Kiev junta, we are talking about the death of thousands and the suffering of hundreds of thousands of people. Russia has the full moral right to intervene in the situation.

In addition, the recognition of the independence of the Donetsk and Lugansk people's republics is necessary. In any case, the mockery that Ukraine has arranged around a humanitarian convoy is completely unacceptable. Russia as a great power has no right to allow it to be treated like this. And they relate to our humanitarian aid in a brazen and cynical way. This is an insult, and a great power must respond adequately to an insult.