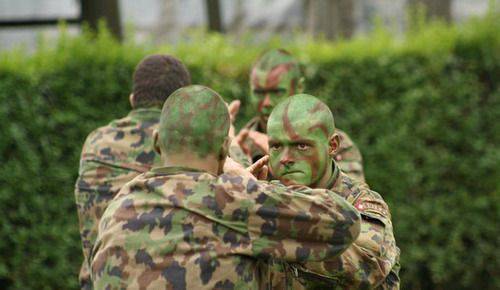 Switzerland is the only country in the world in which the Minister of Defense is responsible not only for the protection of the population, but also for sports development. Uli Maurer, a 60-year-old politician, who not only knows everything about the defense of his country and is responsible for it, but is also responsible for the training of confederate athletes.

In his life, Uli Maurer adheres to the idea that the best education is his own example, which is much more eloquent than any proclamations, and he, a conscious follower of the views of a humane attitude to nature, gets to work only by bicycle, which the Swiss media have repeatedly written about. He is an amateur athlete, a soldier, a defender of nature, in his declining years he ascended the political Olympus. In the Swiss army, he rose to the rank of major, went into politics, became a member of the right-wing conservative Swiss People’s Party, which he led from 1996 to 2007. From the beginning of 1991, he served as national adviser. In 2008, Uli Maurer was elected to the Federal Council of the State, becoming 111 in the list of federal adviser to Switzerland.

The Swiss Army is sometimes compared with the Finnish armed forces, but Uli Maurer, when he hears such comparisons, always points to significant differences about the visible similarities.

Firstly, in Switzerland there is a militia army; all men recognized as fit for military service, from the age of 18 to 35, must serve in the army. The term of military service - 260 days. Young men, for whom the passage of compulsory military service is unacceptable by their individual convictions, today have a real alternative - to pass the so-called civil service in public organizations and institutes, such as hospitals, nursing homes and so on.

Secondly, the very model of military service is different: it is divided into stages. It begins with a fundamental training - a school of recruits (49 days), followed by military training with a frequency of 21 day in a year, until the soldiers will not serve the established number of days. Each year, military personnel are also required to pass the indispensable standards for shooting. If the standard is not surrendered, soldiers are required to complete a training course for lagging shooters, buying ammunition at their own expense.

Thirdly, in the Swiss army, soldiers are being trained as real professionals not only in the military, but also in other areas, their training is comparable to solid professional civilian training. Those many knowledge and fundamental experience gained in the army will certainly become a solid superiority in their future work, will help in their career growth and integrate into civil society.

Based on the information received on the passage of military service in Switzerland, many can conclude that Switzerland is a country of soldiers. And there is a certain logic to this, because all men in Switzerland who are fit for service and who are under the age of 35 are in constant combat readiness.

Of course, for the country's army, this is a significant advantage and means that in its ranks there is a permanent staff of formed professionals. But now there is an opportunity to go through the entire period of compulsory military service at once, but in this version this period is extended to 300 days. There is also a restriction on a similar category of military personnel, it should not exceed 15% of the total number of draftees in the army.

Leopard-2, 420 pieces, the cost under 8 million euros a little thing. Where are they so much!?
Despite the responsible training and maintenance of the army, Switzerland has been neutral for many centuries. Swiss neutrality is a reality historicalso ordered the story, so things happened. Regarding the immediate prospects, a recent opinion poll conducted showed that the citizens of the country again spoke out for neutrality in the military sphere. This is also reflected in the 2010 Safety Report published by the Center for Security Research at the Swiss Federal University of Technology.

But in that case, why did neutral Switzerland, which had never planned and did not attack anyone, such an exemplary technically and professionally army? The main purpose of the Swiss army is to provide the defense power and security of the country. In addition, a small neutral country has the opportunity to contribute to the overall security business, for example, in the field of equipment, training and in various international peacekeeping operations.

Unlike other countries in the world where the military has certain benefits, in Switzerland there is nothing of the kind. Moreover, they are often burdened with various difficulties - it is necessary to combine military training held every year with work or study. During the service period, Swiss soldiers often receive a slightly lower salary at the main place of work: the employer, as a rule, pays his distracted employee 80 – 100% of his monthly salary for posts. The Swiss Confederation has established a number of payments to compensate for the loss of profits to employers, through which the state pays companies monetary compensation for the days of military service by their employees. For persons who do not have a permanent job, as well as students, the amount of compensation is paid personally. Soldiers also receive a minor salary of 5 Swiss francs per day.

The only award awarded to soldiers is thanks and recognition from society. There is also a traditional different attitude towards compulsory military service in cities and rural areas. In the cities, the army still enjoys less prestige, in the villages - more.

Recently, the participation of the Swiss army in peacekeeping operations has been widely discussed in the Western media. Now about 220 Swiss troops are in Kosovo and 60 - in hot spots around the world. These are professional specialists in disarmament, demining, as well as specialized transportation, but all military personnel are under the command of UN peacekeeping organizations.

Currently, the question of the number of troops in the army, as well as the annual costs of its financing, has been raised and is being resolved. The Council of cantons (Upper House of Parliament) has already supported the idea of ​​increasing the number of soldiers and as the need for appropriate funding, today, the army budget is over 4 billion Swiss francs. In the fall, the National Council (Lower House of Parliament) will speak out on this issue.

Today, the Swiss Army has 120 thousand people in active military service, the Swiss Federal Council has proposed reducing the number to 80 thousand, while the Federal Assembly insists on reducing it to 100 thousand.
Ctrl Enter

We are in Yandex Zen
Artillery of the Korean People’s Army. Part of 3. Reactive systems
Swiss Air Force. Against all!
1 comment
Information
Dear reader, to leave comments on the publication, you must to register.