Failure in the Ukrainian program: the National Security and Defense Council does not confirm the "duck" of the media about the Russian military equipment column in Lugansk

August 20 2014
80
In Ukraine, a new “fun” appeared - to sow stuffing in the media, and then demand confirmation from the security forces. This time, this “fun” turned into a complete fiasco for Kiev. UkroSMI spread material that allegedly Russian military equipment entered Lugansk, but ...

This “information” unexpectedly for UkroSMI was denied by the speaker of the information and analytical center of the National Security and Defense Service of Ukraine, Mr. Lysenko. He said that intelligence does not confirm the arrival of a column of Russian military equipment in Lugansk. 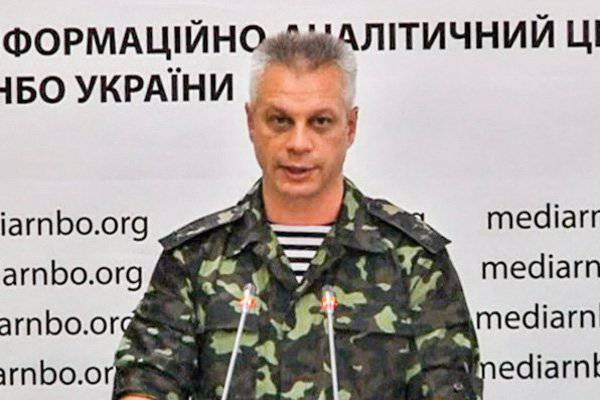 We do not have official confirmation of our intelligence regarding the existence of this column.

These statements obviously forced the representatives of the ukropress to scratch their heads, because until that moment, the very same Lysenko had confirmed all the “ducks” that were flying out of the mass disinformation media of Ukraine. Is there a glitch in the dill program? Virus?

In order to somehow distract public attention from this incident, the Ukrainian media began to savor information about the dismissal of thousands of Donbass policemen by 1,5 "for betraying the oath of allegiance to the people." Relishes, in particular, UNNreferring to Avakov’s advisor Mr. Gerashchenko: