August 20 2014
78
The second time the representatives of the American organization "Professional intelligence officers, veterans for sanity" appeal to Obama. The veterans ’goal is to receive a response from the president about the progress of the investigation into the real causes of the death of almost 300 people following the flight Amsterdam-Kuala Lumpur in the skies over the Donbas. Representative of the American veteran organization Raymond McGovern quotes "First channel":

When this terrible tragedy happened, when 290 people died (according to official data, 298 people died - approx. "IN"), John Kerry very quickly after her made a statement that the pro-Russian separatists did. The United States immediately blamed Russia and pro-Russian people in eastern Ukraine, but there is no evidence of this. Mr. President and Secretary of State, if you make such accusations, as we wrote in your memorandum, you need to back them up with evidence, but neither then nor now do they exist, as there was not. They should have been provided by intelligence, and if there is nothing, then intelligence did not work there. If you accuse someone of a terrible and disgusting act, it is your responsibility to present evidence. 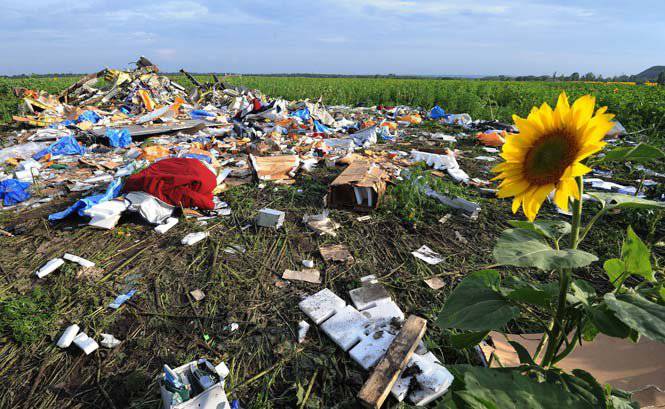 The organization "Professional intelligence veterans for sanity" includes many reputable experts in the United States, including former CIA employees. If the Obama administration continues to ignore the appeals of representatives of this organization, then in the USA this can provoke a huge scandal, since many members of the organization have a great influence on representatives of Congress. So far, the White House does not give any intelligible comments on both the appeal and the intelligence from the scene of the tragedy. If any of the representatives of the government speaks out on this issue, then, perhaps, gosdepovskie speaking dolls, whose briefings in the Russian Foreign Ministry were called “folk folklore”.
Ctrl Enter
Noticed oshЫbku Highlight text and press. Ctrl + Enter
Military Reviewin Yandex News
Military Reviewin Yandex Zen
78 comments
Ad