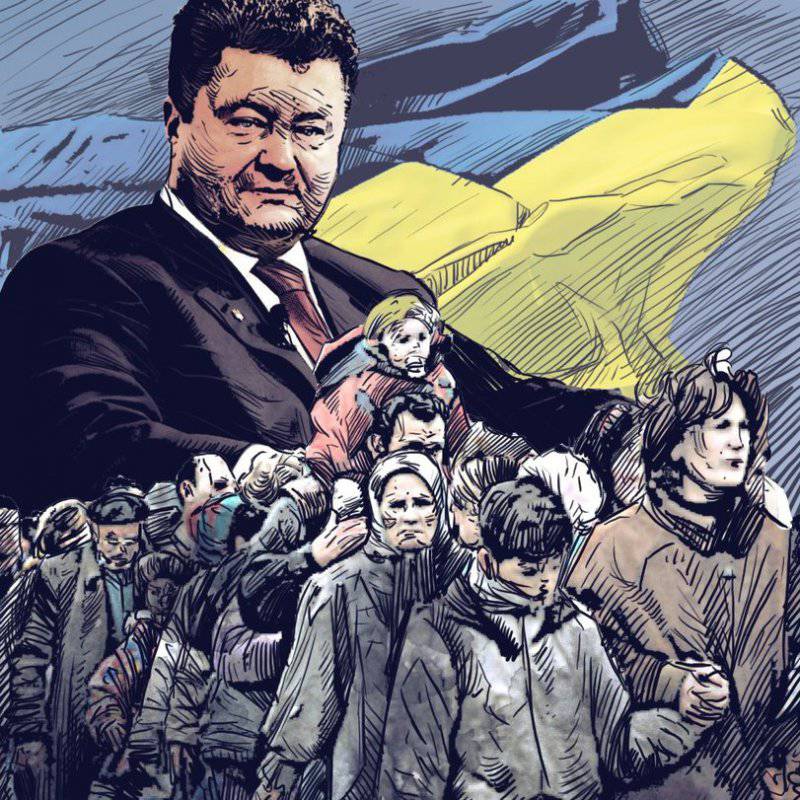 The desire to write an article for “Military Review” has long ripened, but the professional habit of cooking suits strongly resisted that desire, for a lawsuit is simpler and clearer in nature — the subject and the grounds, and everything else is a matter of evidence.

Ukraine, by its example, generated (in my mind) a system of evidence confirming (in my mind) the absolute regression of the Western consciousness and mind as a whole, namely: humanity (in my understanding) was successful in development - from stone to copper and further to iron alloy -carbon, which led to the quintessence of evil - to the Sakharov lithium deuterium 6LiD, exclusively in the transition of SELF-CONSCIOUSNESS of the individual (human individual), from “WE-BEING” to “I-BEING”. It was not by chance that in the epoch of the Paleolithic, exile from the tribe (from the cave) was considered the most terrible punishment, at least, historians say. Still: when the savage's consciousness (we-being) turned out to be outside the tribe, outside the common table, outside EVERYTHING, it turned out to be alone with SPACE, and the mega-size absorbed the macro slice, like a 300-ton open-hearth furnace a drop of water! The consciousness of the expelled dissolved the “cosmos”, absorbed his will to live, and ate the savage on the ground, for the consciousness did not give the signal to even climb a tree!

The West, oddly enough, hasn’t reached the mind in order to assimilate the Russian world, Russian culture and Russian science (assimilation is the loss of one part of society (or an entire ethnic group) of its distinctive features and replacing them with features of another society, mixing tribes) because everything was in their hands! On the contrary, they are trying to isolate us - to expel from the tribe, but the Russians live (by consciousness) not in the Paleolithic ... The same V.V. Putin is a vivid illustration of "I-BEING" by self-consciousness!

Thus, the Western world (my opinion) follows the path of regression, going deeper into “WE-BEING”, the United States no longer even moves independently since Kennedy (Cuba’s sea blockade) is constantly making coalitions to share responsibility: they are calling us savages themselves deny the progress of Western individuals (the last handsome American died of cancer, which he was given by the US healthcare system - Steve Jobs, God rest his soul), and vice versa, they encourage the development of Russian identity on the scale of a single individual!

Let me remind you of a meeting in the US government, where NASA offered to investigate the issue under discussion, to which the Secretary of State said: NASA should be broken off, they spent 25 million dollars on inventing a pen that can write in weightlessness! And Russians, without any problems, always used a simple pencil!