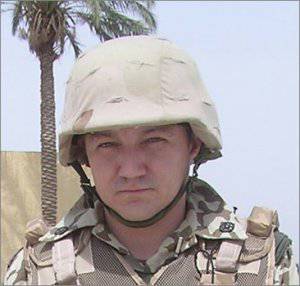 Apparently, no one knows what is really happening in Lugansk and Donetsk: neither the speakers of the ATO in the form of speaking helmets from the National Security Council, nor the commanders of the voluntary-punitive battalions, nor the commander-in-chief himself. Each of them has its own version of events. Often, these versions are mutually exclusive. Then there are defeated columns of Russian armored vehicles, or refugees, shot by militia, or humanitarian convoys with medium-range ballistic missiles. The situation in the information field is actually taken to its own course, no one is coordinating activities in this area, and everyone is lying as much as they can.

Let's take the Interfax-Ukraine informational tape as a point of reference. If they give fakes, it is only on the basis of direct statements of some officials, or on the direct instructions of the "high-ranking". In the case of posting information for the money "news"Goes under the heading" press release. " A couple of months ago, Alexander Martynenko tried to give news from the opposite side, but he was categorically forbidden to engage in "supporting separatism and terrorism." Therefore, a different point of view is absent as such. As a result, after reading the informant, a complete understanding of the overall picture emerges: kondova schizophrenia, aggravated by a mild form of severe dementia.

So let's go. Lid: "The President declares the need to regroup the ATO forces to continue offensive actions." After the meeting, held with the security forces in the building of the AP, the military doctrine changed. For the fourth time in the fourth month of the "anti-terrorist operation." The last time, I remember, it was necessary to block the border and cut off militants from supplies weapons. Now everything is much more cunning. It is necessary "to divide the territories controlled by terrorists into zones, tightly narrow the ring and not allow for the supply of weapons and ammunition." Any sane person on the basis of this information can draw the following conclusions. First, a victorious offensive in the form of a blitzkrieg is not foreseen, since regrouping and changing priorities presupposes certain movements of troops in order to narrow the zones in the form of a ring that are in someone's points. Honestly, I am not an expert and I cannot say straight away how the ring differs from a zone. Perhaps, for the analysis it is necessary to involve Lyashko, he is well versed in these matters. Secondly, no one even thinks of restoring control over the Ukrainian-Russian border, since this is fraught with a new boiler. Thirdly, even a victory in the next two or three days is not even a question, since, as already noted, it is necessary to find a point, make a ring and divide everything into zones.

A man in a long time not washing his vest, who thinks that he is the speaker of the National Security and Defense Council, confirmed the presence of a pause in the "victorious march of the Ukrainian liberators." This can be judged by circumstantial evidence. “The Council of National Security and Defense of Ukraine notes that the military parade on Independence Day will be primarily a celebration of the military, and not a“ victory parade, ”said a man with a horse's name. Whether Kobelkov, or Lysenko. Everything is being done so that "Kiev residents and guests of the capital see 49 samples of military equipment." Let me remind you that in July there was an order of the Cabinet of Ministers, which explicitly states that on August 24 a solemn victory parade, fireworks and other magnificent events should take place in the center of Kiev. The question arises: where did the “victory” actually go and what is the point of showing samples of military equipment to 49 guests of the capital?

To the best of their rather modest intellectual abilities, the Ukrainian analogue of the legendary Psaki tried to explain the deep meaning of the new strategy of the supreme commander. Here is a vivid quote from Interfax: “The bottom line is to divide the sectors that the terrorists occupy into separate sectors, and for each sector to consolidate the militant group, which will be responsible for its localization and destruction.” Strangely enough, the gentleman with a horse's surname rather accurately reproduced the famous aporia of Zeno "Achilles and the Tortoise" on the theme of "bad infinity." Can Achilles (such an ancient Greek people) catch the tortoise? At first glance, shit question. But if you use the philosophical logic of the speaker of the ATO, he will never catch up with her. While Achilles will run through one section of the distance, the tortoise crawls a certain segment. And you can split up these segments to infinity. Therefore, the sense of division of sectors into separate sectors is that this process can never be completed, because while one sector is divided, the terrorists have time to move to another sector, which has to be divided again, narrowing the aforementioned ring in the form of points. According to Lysenko, in the near future, everyone will see the results of such a strategy. But! Not so simple with time. Einstein wrote that in different coordinate systems time goes at different speeds. For the speaker of the ATO can take two to three days, and for all others - months and even years.

Again, a quote from Interfax: “Ukrainian servicemen in the ATO zone are ready for a possible cooling and deterioration of weather conditions, warm clothes are already prepared, and some of them are sent to military units.” We look at the weather forecast: in the next two weeks, the average temperature plus twenty degrees. Conclusion - we are dealing with the Einstein time paradox performed by the National Security and Defense Council.

And then a person appears whose first and last name make up a meaningless set of letters: Shkiryak Zoryan, Zoryan Shkiryak and so on. He works as an advisor to Avakov. Lid: "In Lugansk, anti-terrorist operation forces continue to conduct street battles against militants, cleaning quarter after quarter." It turns out that no regrouping is necessary. To divide into sectors of terrorists with the subsequent ringing too. "The maneuverable groups of the special forces of the Armed Forces, the National Guard, are moving towards the center of the city, they are opposed by gangs of militants and demolition men from the Russian Federation." Of course, the first question is: what exactly Mr. Shkiryak smokes and is he familiar with the latest directives of the commander in chief? And how did he manage to find out about the presence of Russian demolitions during street battles?

Lead again: “Ukrainian servicemen are completing a sweep from the militants in the village of Yasinovataya (Donetsk region). " This is the nameless press center of the ATO. The joke lies in the fact that, in accordance with the NSDC, this settlement was completely freed from terrorists yesterday and hung out the Ukrainian flag. But something went wrong and had to "complete" the completed sweep. The local population is at a loss. Again, an operation was carried out to free Ilovaysk, which turned into a “blocking and isolation” of this settlement. Apparently, the troops received the latest directive on securing a separate unit for each terrorist with the purpose of the aforementioned “ring narrowing”.

Meanwhile, the head of the Donbass battalion, Semyon Semenchenko, reports that his fighters are completing the cleansing of Ilovaisk. He just did not read the latest reports of the ATO press service. According to him, two-thirds of the city under the control of Ukrainian troops. These two news are published with a difference of less than an hour. Moreover, Semyon reports shocking details of the storming of Ilovaisk, which, he said, stormed "from ten different directions." Imagined ten different directions. A new word in geography, geodesy and military science. Suddenly, Semen Semenchenko disappears from Twitter and his place is taken by Arsen Avakov. He, too, does not know that Ilovaisk was released, because “in the course of his release Semyon Semenchenko received fragmental wounds”. However, the liberation is developing successfully and "Ukrainian security forces sent reinforcements from the reserves to Ilovaysk." If the city is liberated, a Ukrainian flag is set over the building of the City Council, then why “send reserves”? There is some internal inconsistency in this news. It seems that victory is close, but, bitch, constantly moving away. The offensive is developing successfully, but it is necessary to change tactics. Everything is so good that “a program of general military service of military service is being developed in the Ministry of Defense of Ukraine, within the framework of which it is planned to solve the problem of training personnel for partisan and sabotage and reconnaissance networks”. Stop! It turns out that soon the whole territory will be occupied? Otherwise, what's the point of preparing personnel for partisan detachments? Or will they be thrown at night on planes to the rear of the militia to destroy communications? But what about the division of points on the ring by sector?