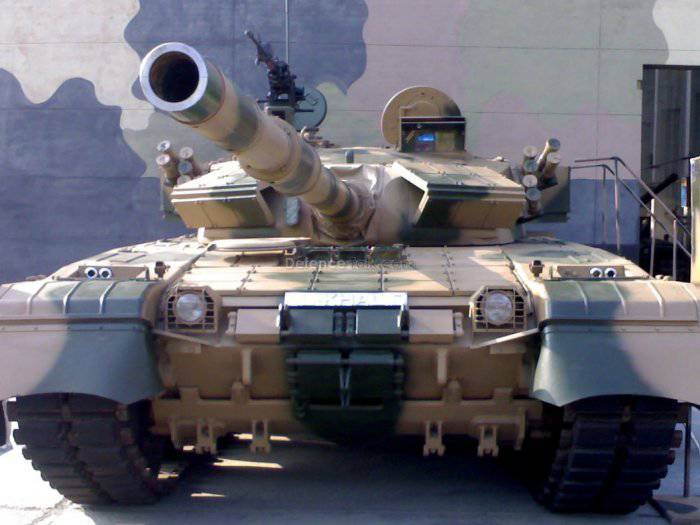 On the first day of October 1988, between the PRC, which was represented by NORINCO and Pakistan, an agreement was signed with the representative office of Heavy Industries Taxila on the design development and joint manufacture of a new combat tank MBT-2000, according to the technical documentation - “Type 90-II”. The work program was approved by the Chinese Defense Committee on January 16, 1990, and in May of the same 1990, the main contract was already concluded. In parallel with the tests in China, the MBT-2000 tank passed similar tests in Pakistan. The production of combat vehicles was planned at the Taxila R-711 plant. By that time, “Type 59”, “Type 69” combat vehicles, as well as an upgraded version — “Type 85-IIM” were already being produced at this plant.

In the middle of 90-ies, the Pakistani side decided to purchase a license for the production of MBT-2000, followed by modernization. Comprehension of technology and serial construction of the main battle tank, which received its own name - "Al-Khalid" was made at the Pakistani military factory "Heavy Industries Taxila" (HIT). The Al Khalid tank is slightly different from the MBT-2000. Firstly, it is equipped with a hinged dynamic additional protection made in China, which gives the tank a specific appearance. Blocks of additional dynamic protection are located on the main front projections of the tower and the hull, similar to the tank “90-II” with remote sensing, except for the cheekbones of the tower, where the defensive blocks are installed “corner”, like tanks made in Ukraine and Russia. Additional blocks of special dynamic protection are installed directly on the tower basket. The real combat weight of the tank is 48 tons. France’s automated fire control and control system is similar to the Leclerc’s main tank control system and contains a panoramic low-level sight for the commander, a combined gunner’s sight with a thermal imager, a control panel, a two-plane weapon stabilizer, a set of sensors and a digital ballistic computer. The armament consists of the 125-2 46-mm smooth-bore cannon with an automatic loader manufactured in Russia, as well as the 7,62-mm main twin and 12,7-mm additional anti-aircraft machine guns made in China. Additional Al Khalid systems are: navigation instruments, a smoke grenade launching system, an anti-WMD FVM protection system, high-speed fire-fighting equipment. There was information that in Pakistan there are ongoing and well-funded work on the development of unique types of armor alloys, intended for further use on Al Khalid tanks. By installing the Ukrainian diesel engine with identical power with the German Condor as a power unit, the Pakistanis retained the necessary specific power and maneuverability of the tank at the level of the prototype. Within 10 seconds, the tank reaches the speed of 30 km / h. In the end, these works, the stern of the combat vehicle acquired a complete similarity with the MTO tanks produced in Ukraine - T-80UD / T-84. In 2000, the Pakistani enterprise Taxila announced the end of production of a limited pre-production batch of Al Khalid tanks. 15 combat vehicles were produced, which were transferred to army units for trial operation. 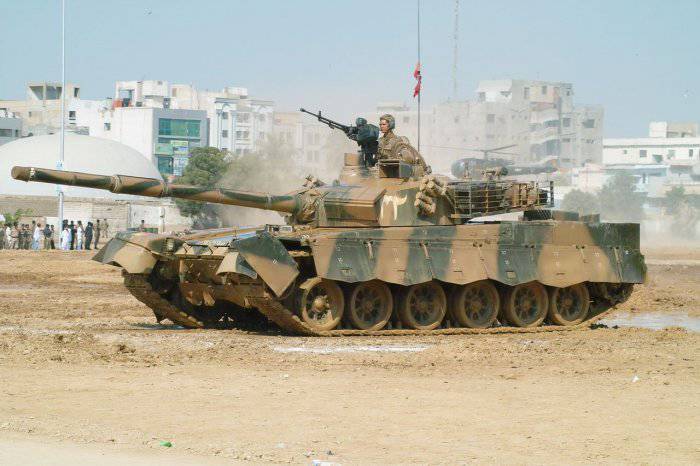 The main battle tank of the Pakistani army "Al-Khalid" was created in the framework of an international large-scale project with the participation of Pakistan itself, as well as China and Ukraine. Under the terms of the contract, which was signed in 2002 year, the Kharkov plant them. During the 3 years, Malysheva undertook to supply 285 engine and transmission compartments for these combat vehicles to Pakistan for an amount of about 100 million dollars. The contract for the supply of the above-mentioned 285 units became the 2-th successful deal between Kiev and Islamabad after the well-known contract, under which the Kharkov plant named after Kh. Malysheva in the period from 1996 to 1999. sent 320 Ukrainian tanks T-XNUMHSUD worth 80 million dollars to Pakistan. Most likely, the supply of T-650UD tanks and ultimately played a decisive role in the choice of the Ukrainian government of Pakistan as the main partner in the production of their main tank, Al Khalid.

According to the general director of the plant. Malysheva G.Gritsenko, to date, the partners are already conducting additional negotiations on modifying previously installed transmissions, equipping the tank with new, unique, closed-type anti-aircraft systems, with the Varta optical-electronic laser suppression system, as well as fire protection systems. The Varta complex includes a warning system about laser irradiation, that is, it gives a signal about the means of destruction induced by a laser beam, as well as a system of infrared interference, aerosol and smoke protection systems. 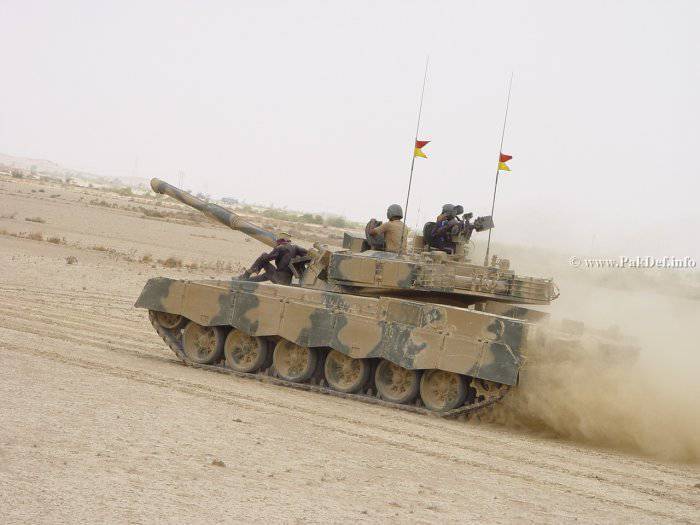 The “Indian factor” can also contribute to the further strengthening of cooperation between Ukraine and Pakistan in the production of armored vehicles. At the end of the 90-s, India had about 3,3 thousands of tanks in service, which, without taking into account the Ukrainian X-NUMXUD 320, significantly exceeded the Pakistani tank fleet (by more than 80 vehicles). At the present stage 900 American tanks M-120 and 477 M-280, 48 T-1200 and T-59 of China, as well as 69 T-40 are in service with the army of Pakistan. After India signed a contract worth 85 million dollars for the purchase of 800 T-310С in Russia, Pakistan will probably try to increase its own tank fleet in response, which may ultimately bring Ukraine expensive new orders. Obviously, these defense programs of Islamabad will be implemented in the very near future. 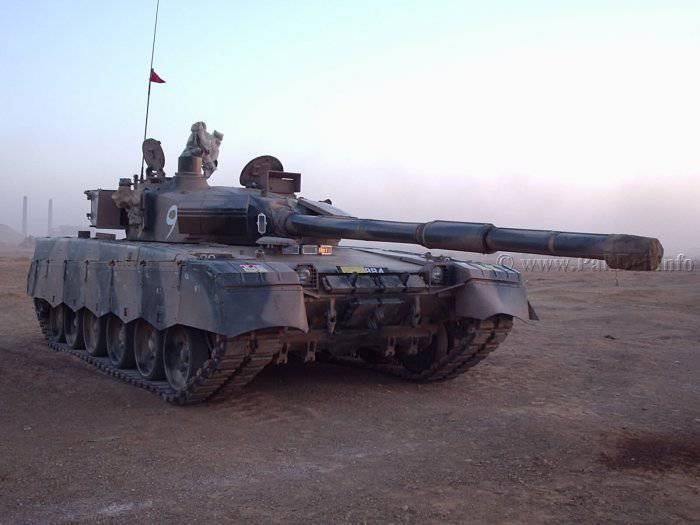 In addition to the production of the main battle tank "Al-Khalid" for its own army, Pakistan in every way promotes it to the external market. Saudi Arabia and Malaysia have already shown some interest in this combat vehicle. Constantly demonstrates at various international exhibitions own MBT-2000 and China.

We are in Yandex Zen
Armored vehicles of Ukraine: results, potential, prospects ...
The best main battle tanks of the world 2012 of the year
9 comments
Information
Dear reader, to leave comments on the publication, you must to register.