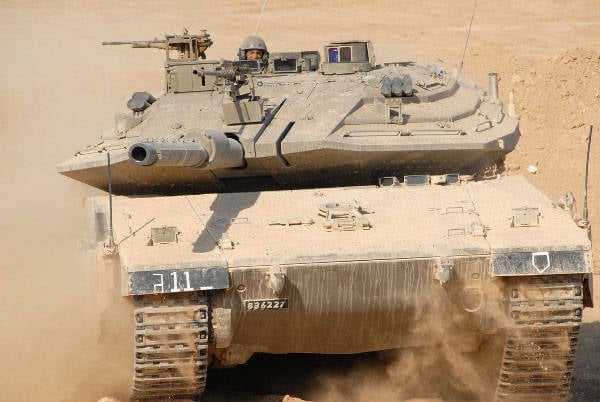 The long-term stability in the arms export market in 2010 at first glance, there were invisible regroupings. In the cohort of the leading countries of the United States, Russia, Germany, France, like a hurricane broke into Israel. According to the Ministry of Defense of this state, which made public information on arms exports last year, Israel entered the top four exporters, selling military products for $ 7,2 billion. The best characteristics are only in the USA, Russia and Germany. However, most likely in the coming years, the top four will endure other significant metamorphoses - China is increasing its active presence in the weapons market every year.

Israel's defense companies in 2010 were able to sell their products for $ 9,6 billion. According to the state defense ministry, weapons and military equipment for $ 2,4 billion were ordered by the Israeli army, and orders for $ 7,2 billion were received from foreign customers. The past year, however, like the past 6 years, has become highly profitable in terms of Israel’s military export contracts, which firmly takes its place on the international arms market. Every year more than 80% of various military products manufactured in Israel is exported. 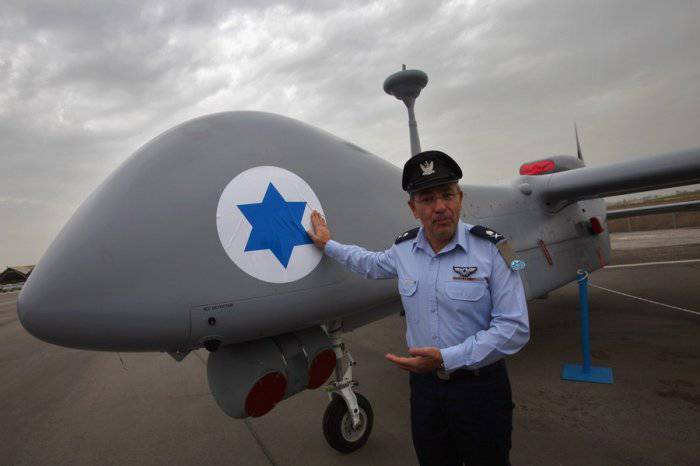 In the next few years, Israel plans to increase the range of weapons that are exported. At the end of 2010, the Ministry of Defense of the state decided to start exporting the main combat tanks Merkava Mark IV, armored recovery vehicles Merkava ARV Nemmera and armored personnel carriers Merkava IFV Namer. In addition, it is also planned to export missile defense systems Strela (Arrow) and Steel Dome (Iron Dome).

According to the latest report submitted by SIPRI, the size of Israel’s military exports over the 2010 period was $ 472 million in 1990 prices. At the same time, the size of Israeli military deliveries abroad decreased by almost two times compared to 2009 - $ 335 million. characteristics have been associated with increasing volatility in the Middle East, as well as a residual effect on the global economy of the greatest global financial and economic collapse.

In 2010, it was announced the completion of negotiations between Russia and Israel to conclude a contract for the supply of devices for assembling drones worth $ 300 million. In addition, in 2010, Israel delivered three new IAI Kfir fighter jets to Colombia. The average cost of one such aircraft is about 5-5,5 million $, and this means the total size of this export delivery amounted to $ 15-16,5 million. In addition, Israel entered into a number of XNUMH agreements with Russia, India, France and the United States to supply various UAVs, radars, sensors, missiles and armored vehicle improvement services.

Earlier, not many Israeli media wrote, citing official representatives of the defense industry, that in the very next couple of years the size of military exports would decrease. This will be justified by the fact that Israel’s relations with Turkey, one of its main clients, began to deteriorate, and European countries, in the context of shortages of municipal budgets, began to reduce military spending. In the future, the main sales will be provided only by India and the states of North America, the most important customers of Israeli military products.

As usual, the USA became the main military exporter in 2010, selling arms and various military equipment by $ 31,6 billion. In comparison with 2009, this indicator decreased by $ 6,5 billion. 2 ranked as the size of export from $ 10 billion. Year ago, the state delivered $ 8,8 billion to the military production limit. Germany, which is considered to be 3, the largest exporter, has not yet released official official data for 2010, but, according to the Ministry of Commerce of the state, military supplies abroad totaled 2009 billion heb o ($ 5,8 billion with an average annual euro rate of $ 8,7).

According to SIPRI, over the past 5 years, the five greatest military exporters looked like this: USA, Russian Federation, Germany, France, England. The last two countries have also not yet released official information about their own military supplies. Still, it is interesting that, according to data provided by the French Ministry of Defense, the state’s army exports to 2009 amounted to 8,16 billion euros. England in the same year sold weapons to 7,2 billion pounds ($ 11 billion).

The United States is the world's largest exporter of all kinds of military products. According to the Stockholm University of World Studies, a separate part of this state on the world arms market in 2009 was 30%. Russia on this indicator took 2-th place with 24%, Germany - 3-e with 11%, France - 4-th with 8%, and England - 5-th with 4%.

Thus, the top five of the last two years looked like this: USA, France, England, Russian Federation, Germany. Israel with its $ 6,9 billion would get the 6 place, and considering the unimportant growth of the state’s military sales, it could hardly believe that it could take the 4 place in 2010 g. In SIPRI, the arrangement of 2009 exporters was made different: US ($ 6,7 billion in 1990 prices), Russian Federation ($ 5,6 billion), Germany ($ 2,4 billion), France ($ 1,9 billion), England ( $ 1,02 billion.). Israel occupied 8-place, being behind Spain ($ 998 million) and China ($ 1 billion). However, in perspective, the positions of states may turn out to be completely different.

Given the rapid growth of the military-industrial sector in China and Israel’s attempt to enter the international arms export market with new proposals, it is clear that significant corrections will be made in the alignment of forces. It may well be that the supremacy of the United States and Russia, in the coming years may end in the arms trade market, will be filled with new players!
Ctrl Enter

We are in Yandex Zen
Projection of force
SIPRI studied the arms market in 2009-2013
Add a comment
Information
Dear reader, to leave comments on the publication, you must to register.