Intangible losses of a terrible war 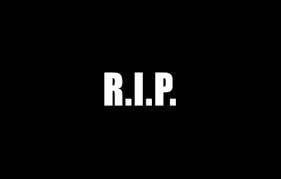 I just wanted to share my own thoughts about what is happening with the east of Ukraine and with the Ukrainians as a whole. Do not consider me a fanatic of all sorts of prophecies. Searching a little about Wang, I came across the phrase “people will listen but not hear” that struck me in my memory. After some time, life taught, showed, one might say, poked with its nose into its meaning.

It affects the attitude of many Ukrainians, with whom they have to communicate. A native of the Luhansk region, I studied at the time in Kharkov, where I still have a huge number of friends. Many, like me, not Kharkov, we lived in a hostel, and we absolutely did not care who came from. We were just friends. I still go along the adjacent path with many of them and in general I can summarize that we have been friends for more than 10 years.

But that has changed. At first, Crimea fell off Ukraine. On the one hand, of course, unprecedented action in international affairs: part of one state unilaterally transferred to another state. On this occasion, my German chief said that if it were part of Russia, Putin would quickly have sent all those who need to where. I think he is right. However, there is another side - I look at my small homeland and I understand that the same would have happened with the Crimea, if not for the green little men. With the Crimea, which had fallen off from Ukraine, several of my friends “died”. Do not think - they are alive, we just can no longer talk to each other. At one time they talked ...

Now ukroarmiya fighting in my land. It was already very hot when the battery of guns of Ukrainians stood at a dominant height near my city and beat them all the way. Kicked out, it became quieter. Then mobile sabotage groups started, which shelled hospitals in my and nearby cities. Caught, it became quieter. Now Ukrainian planes iron local mines, factories. Mother said that they also burned ready for harvesting wheat and even smashed one of the combines in the field. Bastards. These events took several more of my friends in the same way as the Crimea.

Can you imagine the dialogue of the blind with the deaf-and-dumb? This is the first thing that comes to mind when talking.

I: Ukrainian aviation burning bread in the region.
A: That terrorists.
Me: Well, where did the terrorists get the planes?
A: Let me have a plane.

But this is not enough: in addition to ammunition, fuel and a pilot, there is also a need for dispatching service, in addition, there are still Ukrainian air defense systems that cover the Lugansk region, and an alien plane would easily have been shot down. And then the plane that flies 4 times a day. And this is not to mention the sincere belief in the possibility of transferring MANPADS from an airplane to an air conditioner.

And this is a person with a Ph.D. ... He does not believe me, although I know him more than 10 for years, but he trusts the channels of Poroshenko and Kolomoisky as parents. "Listening, but not hearing." And I am afraid that we now have a huge number of them. It is already very difficult to perceive such people as friends, first of all, probably because I no longer trust them. However, treating them as enemies is also hard. This, in fact, is the main intrigue: how to live on next to such people, how to talk to those who consider you incomprehensible by someone, after watching TV, who consider the killing of civilians as the norm and says that the main thing is that my parents have a chance to leave the country, who tells you: “So why don't you go to Russia?” How can you talk to them, with friends like that wounded in the brain?