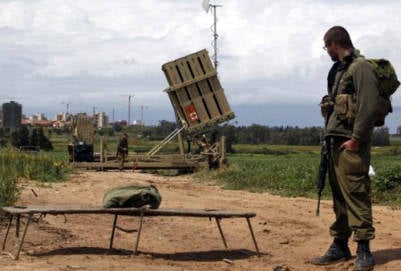 The Israeli Ministry of Defense has developed a plan for creating a four-level anti-missile defense system, which will be submitted to the country's political leadership in the coming days. According to the Israeli Wai-no news agency today, this missile defense system, part of the National Emergency Response Plan, "will make Israel the most protected state in the world from any rocket attacks."


The implementation of the plan, which is scheduled to be implemented by 2015, will cost the Jewish state 2-2,5 billion dollars. In the defense ministry, Wai-no notes, it is believed that by the year of 2015, Iran will have a nuclear weapon and ballistic missiles.

According to the agency referring to the Defense Ministry, the first level of the missile defense system will be based on the Arrow-3 / Hetz-2 or Strela-3 / system, capable of destroying enemy ballistic missiles like the Iranian Shahab-3, outside limits of the earth's atmosphere. The main weapon of the second level is the Arrow-2 system, which attacks missiles that have already entered the atmosphere. The main support will be made, however, on the third level missile defense. These antimissiles will be able to neutralize both long-range artillery shells and cruise missiles launched from the ground or from the sea. Finally, the already well-proven “Iron Dome” system will ensure Israel’s safety from short-range missiles like the Palestinian Qassam and even Katyusha missiles.

All missile defense systems will be equipped with radars combined into one network connected with American and Israeli space satellites.
A few days ago, Pentagon chief Leon Penetta invited Israeli Defense Minister Ehud Barak to Washington for consultations on current and future missile and nuclear threats in the Middle East, Wai-no said.

We are in Yandex Zen
In Israel, tested the missile defense system "Hetz-3"
Israel’s missile defense missile tests fail
5 comments
Information
Dear reader, to leave comments on the publication, you must to register.