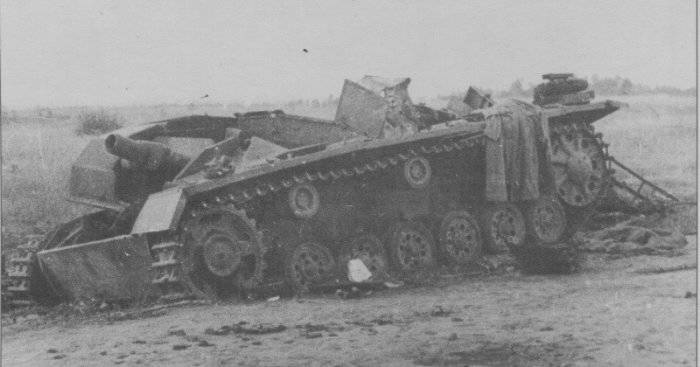 Soviet assault guns destroyed by Soviet artillery, StuG III Ausf A, district of Kiev, summer of 1941. (Apparently, he rushed BC - u_96) 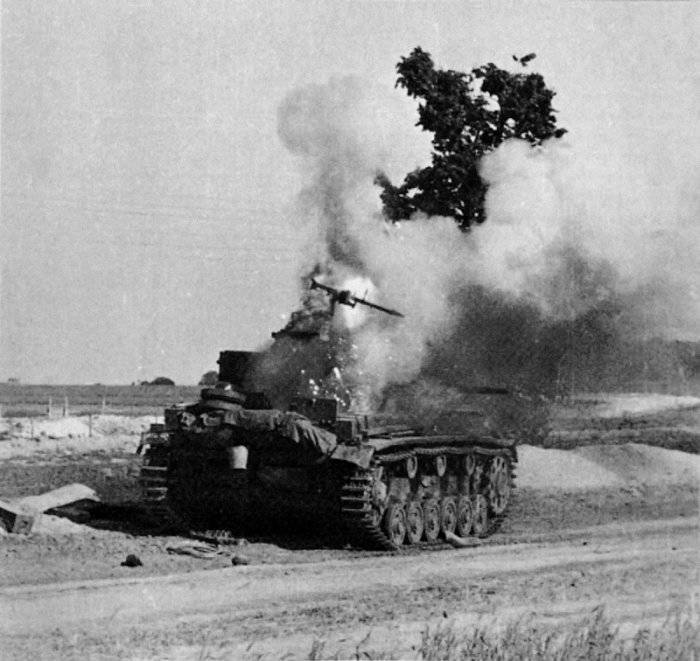 Burned down German tank PzKpfw III in the USSR in June 1942. 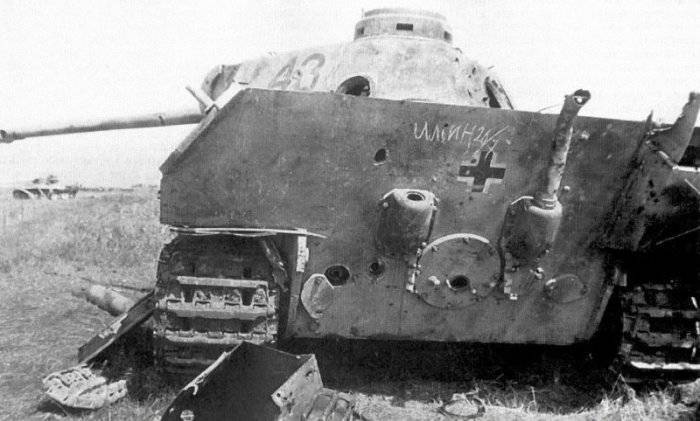 The wounded German tank PzKpfw V modification D2, shot down during the operation "Citadel" (Kursk Bulge). This photo is interesting because there is a caption on it - “Ilyin” and the date “26 / 7”. This is probably the name of the gun commander who hit the tank. 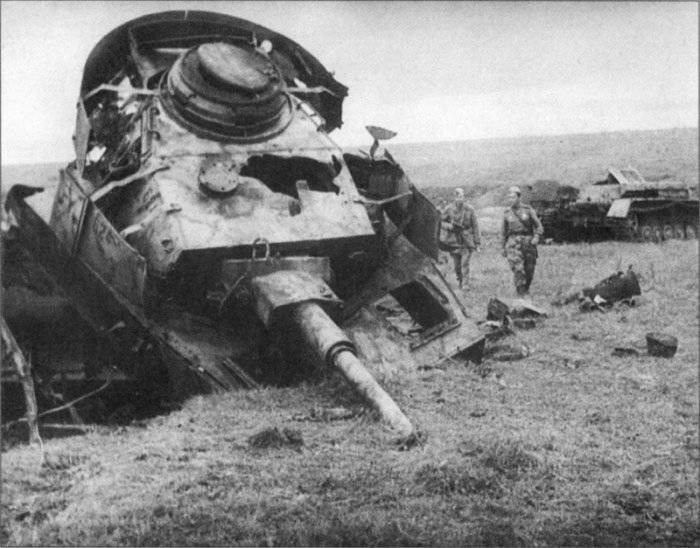 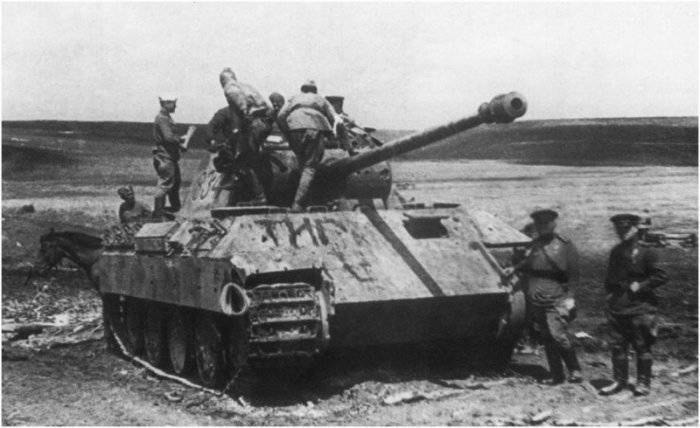 Soviet soldiers inspect a padded German tank Pz.Kpfw. V "Panther" Ausf D.
Judging by the modification of the machine most likely - the Kursk Arc 43. An interesting inscription on the front sheet: "TIG". There is an opinion that they wanted to write "TIGR" specifically to increase the pathos of the frame. But the photographer hurried and did not have time - u_96. ;) 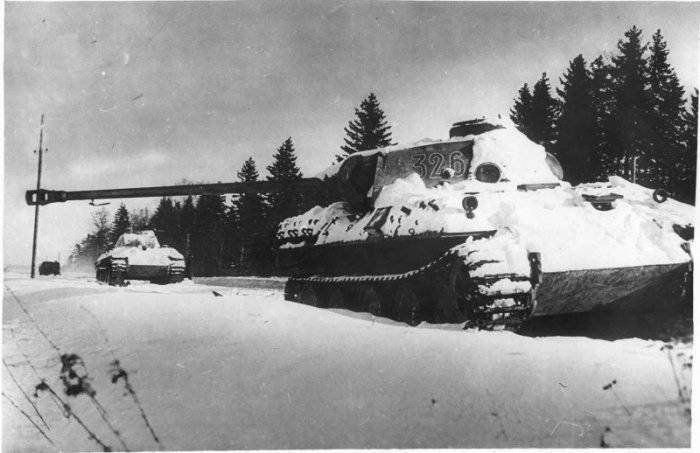 Padded Panthers destroyed a tank T-70 A. Pegova. On March 26, 1944, the light T-70 tank, having noticed two approaching German PzKpfw V Panther tanks, disguised itself in the bush and took them to the sight. After the Panthers approached 150-200 meters and set them under attack, the T-70 suddenly opened fire from an ambush and destroyed the Panthers faster than they could detect it. The crews could not get out of the Panther. T-70 commander junior lieutenant A. Pegov was introduced to the title of Hero of the Soviet Union. 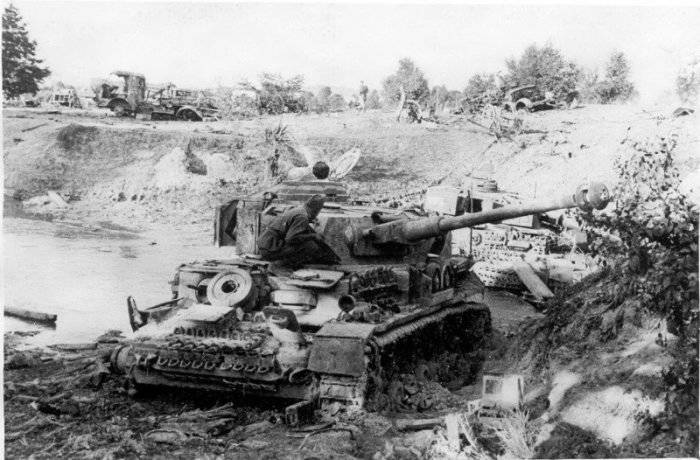 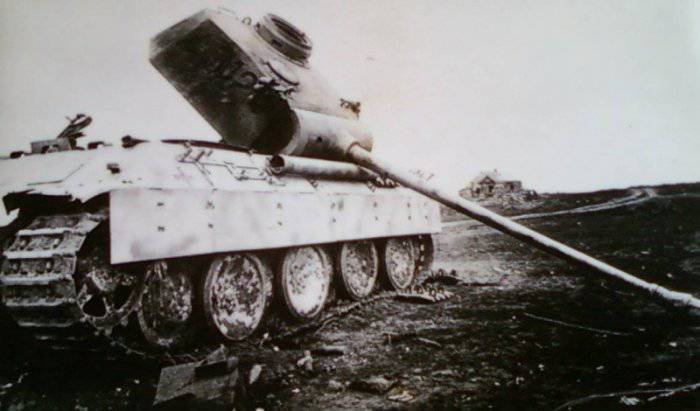 Burnt German heavy tank PzKpfw V "Panther". The photo is from an album with military photos found in 1988 on the garbage dump of a military unit near Sergiyev Posad. On the back of the picture it is written: “9.09.44. We burned this bitch. A. Tyulenev. However, according to other sources, this is the “Panther” No.312 3 of the company 51 tank battalion, blown up by the Germans during the retreat in July 1943. 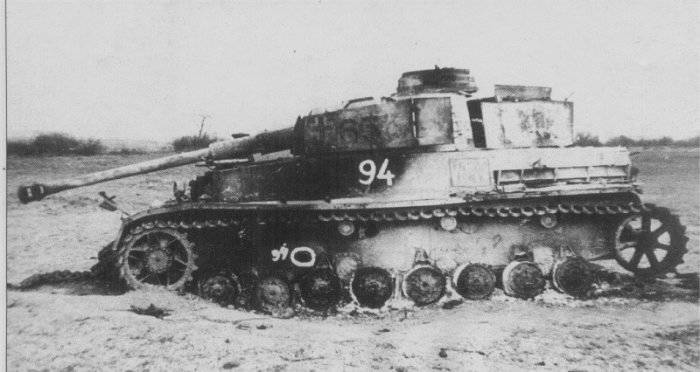 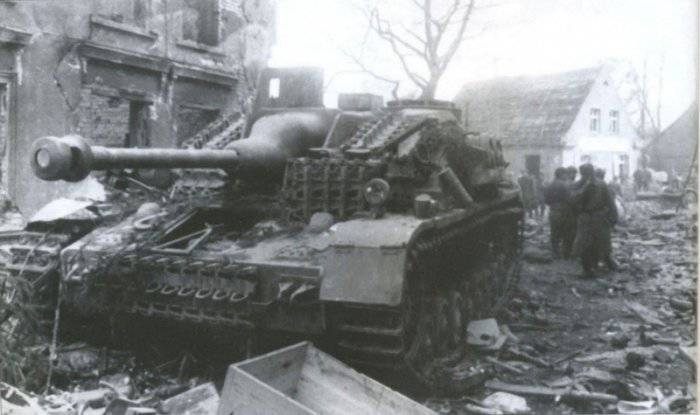 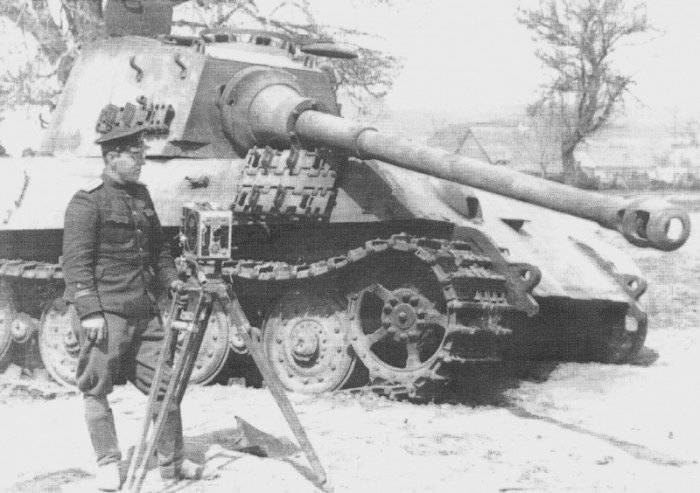 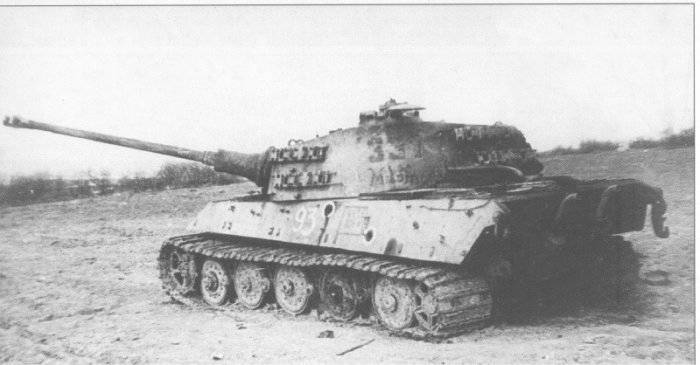 Shot in board Pz.Kpfw VI Ausf. B “Tiger II”, tactical number of 331, commander of 3 company Rolf von Westernhagen of 501 th battalion of heavy tanks, operating as part of the SS 1 th tank corps. Padded with battery SU-100 under the command of Captain Vasilyev (1952 th self-propelled artillery regiment). On board, you can see the number (93) of the Soviet trophy team. Hungary, Lake Balaton area.
Shooting time: March 1945

We are in Yandex Zen
About Guards assault unit of engineering troops
Photographer Franz Grasser in the Belgorod region. Xnumx
8 comments
Information
Dear reader, to leave comments on the publication, you must to register.