“Japan is not an enemy to us, but it’s impossible to give ours” 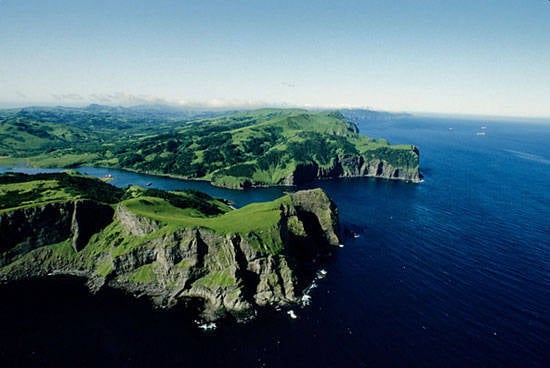 At present, Russia's position in relation to its Far East is politically strengthened.

At present, we see that the position of Russia in relation to its Far East is politically strengthened. Which is definitely very correct. In particular, the recent picks with Japan about the Kuril Islands are memorable, as well as a worthy response from the Russian Foreign Ministry and senior management.

It is proposed to adopt the name Sakhalino-Kuril Territory

In addition, it is important to recall that, despite all the difficulties, the implementation of the target program for the development of the Kuriles continues. Finally, it is impossible not to note another important decision (albeit in a veiled form). 3 September will mark the end of the Second World War. This day is associated with the victory of the USSR over the Japanese militarists. Many spoke of the need to celebrate this date with dignity - after the collapse of the Soviet Union, his memory was crossed out, ostensibly so as not to annoy Japan. But finally justice prevailed. Albeit in such a highly diplomatic form.

Now it is necessary to carry out the next step. This is to name the Kuril Islands, which are part of the Russian Federation, also through a special ethnonym. I think this is a very interesting initiative of the Sakhalin branch of the Russian Geographical Society. I was introduced to her by the wonderful Sakhalinite Sergey Ponomarev, who for many years was a member of the Sakhalin Regional Council. He was just one of those who zealously for decades advocated the return to the calendar of holiday dates the end of the Second World War and the victory over the Japanese militarists.

As a result, the Sakhalin branch of the RGO raised the question of the need for the appearance of such a name as the Sakhalin-Kuril region. So this region was called for some time after the end of the Second World War. It is clear that this was necessary for the additional fixation of the affiliation of these islands in the USSR. Now it is proposed to adopt the name of Sakhalin-Kuril Territory for the subject of the Russian Federation. This would make it possible to finally dot the i's, making the question of the 4 or 2 of the Kuril Islands, which we supposedly owe Japan, the subject of exclusively adventurous and politic speculations, and not the subject of serious interstate negotiations.

It is necessary to ensure the priority development of the entire Far East as a whole.

Obviously, for this there are all the necessary mechanisms (primarily related to the referendum). Over the past five years, we have created the same Trans-Baikal, Kamchatka Territories, etc. In principle, the process of merging and renaming the subjects of the Russian Federation is already in progress, reflecting new realities and new tasks. Incidentally, to organize such a referendum, it would be advisable to use those elections that are coming in the next six months (so as not to spend on holding a separate plebiscite).

Of course, renaming cannot be the only measure designed to prevent further encroachments from Japan on this territory. Firstly, it is necessary to ensure the priority development of the entire Far East as a whole. The second important point is the construction of a bridge from the mainland to Sakhalin with the purpose of organizing the railway communication and the connection of the island with the mainland through that part of the Nevelsky Strait, which is slightly more than 7 km. The third point is connected with the idea of ​​a new Sakhalin-Kuril region as a region, not only with a specialty of raw materials, but as a territory of complex development.

Finally, one can not say about this moment. Renaming a region does not consist in initiating a new round of confrontation, but in laying a solid legal foundation under joint projects. Because both the Kuril Islands and Sakhalin need to be developed together with Japan. But for this, Moscow should offer Tokyo not only backward raw material projects (such as gas), but also projects of the “ocean economy” (related to processing seafood), as well as the development of electronics, etc. I repeat: Japan is not an enemy to us, but You can not give yours too.

We are in Yandex Zen
About Stalin and Khrushchev
What you didn't want to know about England
10 comments
Information
Dear reader, to leave comments on the publication, you must to register.