The war will not take long. It is predetermined. She is behind us, she is ahead. She's around 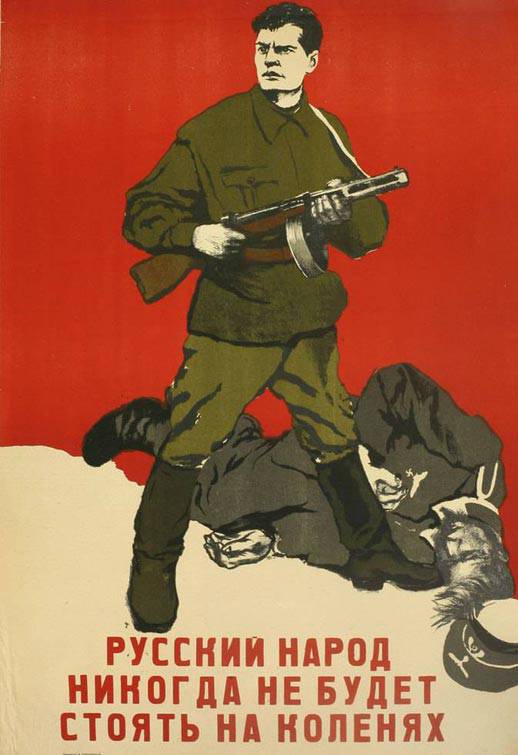 The number of Russian people who are aware of the essence of the invisible war being waged against them (covering almost all spheres of life and, above all, the sphere of the spirit) continues to grow. The hostilities of the enemy on this invisible front are also developing rapidly. It is the ratio of the enemy's aggression, on the one hand, and the speed of growth of the critical mass of the awakened Russian people, on the other hand, that will determine the outcome of its decisive battles, the approach of which is more and more tangible.

The philosopher Alexander Dugin writes the following about the totality of war:

“War can not be avoided. Nowhere to go from it, not how not to get around it. On war and battle built the foundations of this world, constituting its main quality. Being thrown into the earthly world, we are mobilized to the front against our will. And this fact we must accept. And without solving the problem of war in practice, without responding in one way or another to its challenge, we are not able to move to either side of life.

Being born, we are doomed to belong to the region of this world, which is always threatened by something. Consequently, we are automatically mobilized to protect him, to leave the community, society, and their interests. There can be no other way in this imperfect sphere.

There are, of course, those who are called to “spiritual abuse,” aspiring to accomplish the highest feat - to win after Christ’s world. It is curious that such fighters with the world are not only in the Christian Church, but also in other religions, and very often they are singled out into a special caste. So, in Hinduism, such a caste is the “brahmans”, “priests”. And it is significant that the caste virtue of the priests is “ahimsa”, i.e. "Not causing any harm to living beings, even at the cost of their own destruction." The same “non-violent” ethics are also characteristic of Buddhist monks, especially for the higher hierarchs of Lamaism, for whom even involuntary murder from an inaccurate gesture of the slightest midge is imputed to the best sin. Therefore, the higher Tibetan spiritual authorities even wipe the nose during a cold novices - for fear that the lama will cause an insect or a mosquito harm with an unexpected wave of the handkerchief. By the way, we find a similar attitude in some forms of the Christian monastic feat - especially among the Stylites, Hesychasts, etc. But this peacemaking is in a certain sense a war - a war (and, moreover, the most severe) against the structure of nature itself.

And all other types of people are immersed in continuous battles of not so sublime order - they are forced to protect their clans, their land, their people, their state, themselves from aggressive waves of lower reality. But even in this case, a person is, as it were, generated by a war, is established by it, is tailored to its standards, tempered by its fire.

The recognition of the universal military duty of the human species was not difficult for the ancients, who with much greater realism and with greater responsibility understood and accepted life than we did. And the strange thing is that the more persistently modern humanity is running away from the realism of war, from accepting its challenge, the more terrible and inhuman conflicts it unleashes, the deeper it descends in a spiral of horror into the filth of a dirty, mechanical slaughter, shamefully hidden from the eyes of a hypocritical majority. Hence the Pharisees legal order prohibiting the “propaganda of war”. What a low falsity! If war could be banned by decree, if the collective agreement of mediocre inhabitants could so easily correct the essence of the element of being!

War laughs at these pitiful attempts. And revenge. It is as irreversible as death itself. And if somewhere behind the horizons of the flesh the narrow gates of immortality are located, not everyone is obviously given to pass through them, and the townsfolk cannot even dream about it. The one who does not prepare to participate in the battle, the one who refuses the role of a soldier, he writes himself not as a deserter, but as a victim. Sooner or later the war will overtake him. But it will overtake not as living and free, not as a noble creature who defied fate, who consciously assumed the burden of responsibility imposed by the conditions of birth in the earthly world, but as a miserable inanimate doll, as a passive object, intent on escaping from powerful predestination.

From the war does not go away and do not try. It is important, on the contrary, to try to accurately determine their affiliation to their army and to their unit, to learn the skills of martial art and to get acquainted with the nearest commander. It doesn't matter if it is already announced or not yet. The war will not take long. It is predetermined. She is behind us, she is ahead. She is around. Another thing - what kind of war, for what, with whom and where? But this is secondary. It turns out along the way.

The main thing is to realize the fact of mobilization, to accept it, to live with it. And then begins another история.. "

We are in Yandex Zen
About Stalin and Khrushchev
The West without the USSR: the world goes to an ideological explosion
1 comment
Information
Dear reader, to leave comments on the publication, you must to register.