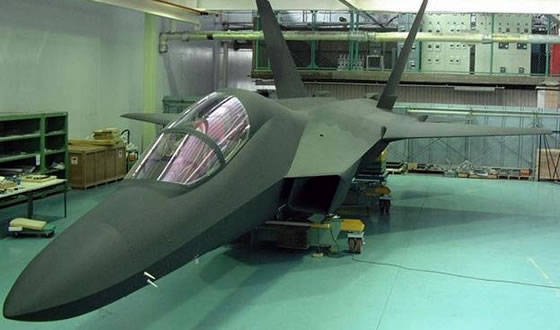 As the official representative of the Ministry of Defense of Japan, the first flight tests of the prototype of the inconspicuous 5 + fighter of the ATD-X “Sinxing” generation (Jap. 心神?, “Soul”), will be held as early as 2014

ATD-X is a highly maneuverable fighter created using modern Stealth technology. The prototype will allow a variety of technical solutions to be tested under real flight conditions and tracking, which can later be used to build a promising combat aircraft. ATD-X will also allow you to work out many methods of countering other unobtrusive fighters that may well be deployed in the combat area in the future.

Japan announced an official request for information on available jet engines for the national fighter 5 + generation ATD-X Shinshin. Japan is interested in buying jet engines for 2-x prototypes of a promising fighter. The main condition is the power requirements of the power plants, it must be at least 44-89 kN in the outboard mode. Among the companies for which Japan has shown significant interest in engine models are Volvo Aero with RM12, General Electric with F404, Snecma with M88-2. These engines are currently used on Dassault Rafale, Boeing F / A-18 Super Hornet and Saab JAS 39 Gripen fighters.

Previously, Japan planned to purchase X-NUMX + F-5 Raptor fighter jets in the US, but their export was vetoed by the US Congress. As a result, in 22, Japan began funding its own development program for the 2004 + generation fighter, the work on which is entrusted to Mitsubishi. The model of the first Shinshin aircraft was tested for its ability to reflect radio waves in 5 in France. Technical characteristics of the future fighter is still unknown. According to the announced plans, the aircraft will be equipped with a radar with an active antenna array, jet engines with adjustable thrust vectoring and a fiber-optic remote control complex.

As expected, in the framework of the program ATD-X, most of the components for the fighter will be made in Japan. Japanese industry, and for the most part, Mitsubishi Heavy Industry (MHI), which assembles the Japanese version of the F-16C / D (F-2) fighter under license from Lockheed Martin, seeks to obtain a license to manufacture a new aircraft with the aim of the formation of additional jobs and the introduction of modern fighter technology creation.

Meanwhile, Japan in the near future plans to announce a tender for the purchase of fighters for the national air force. Among the candidates are Lockheed Martin F-35 Lightning II, F / A-18E / F and Eurofighter Typhoon.

According to preliminary information, the Ministry of Defense of Japan plans at the first stage, to purchase 12 aircraft. In the future, the volume of purchases may well increase to 42 aircraft. As previously reported, the F-4EJ "Phantom-2 Kai" fighter is planned to be removed from service since 2015. Tokyo expects that the main applicants will submit their real proposals by the end of September this year. According to the results of the tender, the Ministry of Defense plans to send a request for the allocation of the first tranche of funds for the purchase of FX fighters within the budget for the 2012 fiscal year, the adoption of the aircraft for service according to preliminary estimates is planned for the 2016 year.
Ctrl Enter

We are in Yandex Zen
An-12 in Afghanistan
Tokyo decided to create its own generation 5 fighter
28 comments
Information
Dear reader, to leave comments on the publication, you must to register.