America is preparing for the sixth war ("The National Interest", USA) 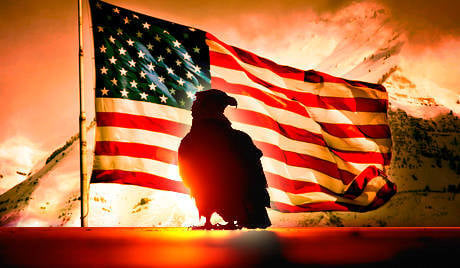 President George W. Bush was very far from “so-called realists,” as one of his assistants put it. In those days, one White House employee, in a conversation with publicist Ron Suskind, dropped: “With our actions we create our own reality.” Obviously, Republican Senator Lindsay Graham (Lindsey Graham), who is today in favor of a war with Syria, like this official (whose name remains unknown), considers himself "the creator stories, Free from the fetters of mundane reality.


At the same time, the USA is already bankrupt. This year, government spending reached a record $ X trillion in 3,8, of which 40% is borrowed. The national debt, which has exceeded 14 trillions, can double over the next ten years - if Washington doesn’t seriously save. Most likely, however, ahead of us are waiting for new expenses: Fannie Mae and Freddie Mac are still unprofitable, the Federal Deposit Insurance Corporation is closing all new banks, and the volume of pension insurance obligations of the Corporation continues to grow. Moreover, a realistic estimate of the costs of social and health insurance programs shows that there is a shortage of funding of 100 trillions of dollars. However, all that Senator Graham and his colleagues were capable of is reducing the expenditure items of the budget in the current fiscal year by 1%, and even such “savings” were achieved at the expense of rather dubious calculations.

Today America is spending more on military needs than ever since World War II. The United States accounts for almost half of global military spending. In real terms, our defense spending over the past ten years has doubled. Why are these costs so high? Yes, because most of the functions of the Pentagon has nothing to do with the defense - at least the defense of America. As a result, our military commitments around the world have become unprecedented. Washington continues, in accordance with official agreements, to defend quite prosperous and strong allies - South Korea, Japan, Canada, and Europe. All of them are able to protect themselves and their regions on their own, but who cares about this. Unofficially, Taiwan is also among those “defendants”, and if Senator John McCain won the presidential election, Georgia would have joined them.

Another business card of our military policy is “social engineering” with the help of a bayonet. Currently, US forces are involved in three, four or five - depending on the counting method - military conflicts. The anti-terrorist operation in Afghanistan has grown into an anti-insurgency; In addition, in this country Washington is trying to build a Western-style liberal society and a strong central government, although the prerequisites for this are completely absent. And may the situation have started to improve lately, today America turned out to be farther from implementing this goal than a decade ago when we invaded Afghanistan.

In addition, the Obama administration does not intend to withdraw troops from Iraq — although the elections took place there, the national armed forces were reestablished, and the uprising was crushed. By maintaining our military presence in the country, we will get another weak “client”, and American soldiers may have to intervene in intra-Iraqi conflicts - and it is not clear which side is on. The government in Baghdad, meanwhile, continues to move in the direction of authoritarianism.

Further, the United States is expanding the scale of military operations in Pakistan and Yemen - mainly boiling down to missile and bomb strikes from drones. Although their intended goal is the destruction of terrorists threatening America, in Pakistan, at least, we are also hunting for local jihadists, who until recently had only fought against their own government. However, not only militants perish from American missiles, but also innocent civilians: as a result, hostility towards the US among the local population is growing, and the ranks of terrorists are only replenishing - and some of them are already eager to kill Americans on our own land.

Finally, the operation in Libya combines elements of humanitarian intervention and state-building. Initially, it was justified by the need to protect the civilian population, although there were no signs of imminent slaughter anywhere, including Benghazi. Moreover, the troops of Muammar Gaddafi did not commit massacres in any of the cities they managed to control, and his colorful statements, so often quoted by the press, do not refer to peaceful citizens, but to insurgent rebels. Now the Obama administration and the European governments - at one time denied that their goal in Libya is to change the regime - say: Gaddafi must be dismissed.

However, in almost three months of hostilities, the United States and NATO did not even complete the initial task. Moreover, contributing to the delay of the civil war, they are partly responsible for its victims - according to various estimates, 10-15 thousands of people have already died in Libya. The Allies are not getting along with the second task either: Gaddafi is still determined to continue the fight. In addition, even if he is defeated, it will not be the end of the conflict. The Libyan opposition is a motley alliance of genuine democrats, defectors from the Gaddafi camp, radical Islamists and tribes hostile to the regime: who among them will prevail on the results of the almost inevitable second round of the struggle for power, it is impossible to predict. Moreover, Washington is unlikely to remain aloof from this fight, especially if the "wrong forces" will win.

Nevertheless, Senator Graham, who two years ago took a pleasant walk in Tripoli and discussed with Gaddafi the possibility of receiving his American military aid regime, today swing his sword tirelessly, demanding an escalation of hostilities from the US and NATO. At the same time, Libya for him is only a rehearsal of future military actions. On the CBS “Face the Nation” program, he said: “If the decision to protect the Libyan people from Gaddafi is justified, but there is no doubt about that. . . the question arises: isn't it time to do the same in Syria? ” Then Graham - by the way, he is a member of the Senate Committee on Armed Forces Affairs - explained: “Perhaps this moment has not come yet, but it is very close. The actions of Assad are already indistinguishable from the actions of Gaddafi. . . It is necessary to consider all options, including the action on the model of the Libyan. "

You would think that America’s money don’t peck at the hens, and it doesn’t fight anywhere! Only the sixth war, in addition to the five that we lead, we lacked!

It only remains to speculate why the senator wants to drag us into another conflict without clear goals that is not related to our national interests. Maybe he was just bored with the parliamentary routine and he smoked a cigarette full of tobacco not at all? Or did he hide some kind of mental illness from the public, and this time he forgot to take medicine? What if he is just stupid?

No, Senator Graham is not seen in addiction to drugs, does not suffer from mental illness, and you can not call him a fool. It can be seen in Washington, he went over the head spinning cocktail called "pride." Like many other American politicians, Graham is convinced that the United States is the center of the universe, and we can do whatever we want. Like President Bush, the senator believes: reality does not concern him.

Of course, we are able to defeat the Syrian army. True, there will be few bombings for this — or they should be much bigger and more destructive than in Libya. But this does not remove the question: what next? Suppose Assad is killed or overthrown. And then what? Who will get the power? Who will protect the religious and ethnic minorities of Syria? Who will build a liberal democracy there? Who resolves confessional conflicts between Shiites, Sunnis and Alawis? Who can curb unforeseen, but inevitable consequences when we literally blow up another country?

If we consider these issues irrelevant, then we should not dwell on Syria alone. Undoubtedly, Iran and Sudan deserve the same attention. Bahrain, and even more so Saudi Arabia, where a repressive, almost totalitarian regime rules, also will not interfere with the rocket-bomb "shock therapy." In the same list, add North Korea with Burma. There is also such a worthy candidate as Zimbabwe, where the most tyrannical regime rules all over southern Africa. It is worth looking back on our own hemisphere - here is Cuba for you, but Venezuela. And now let's move on to Eurasia: Belarus and all Central Asian states should get at least a few blows from drones. The war against China is also justified, since the events on Tiananmen Square have no statute of limitations. Perhaps, an authoritarian Russia can be considered as an object of attack - although the authorities there do not consider it necessary to use military force against demonstrators. In short, Washington will have something to do.

All this looks like a grand adventure - unless, of course, you belong to the so-called realists. These malicious people remember that Washington is already bankrupt, and several states, including California, in their financial position resemble Greece. They remember that the United States bears an unbearable burden of military obligations towards countries that are fully capable of protecting themselves without our help. They know that social engineering is very difficult, even in America, where we understand religious, ethnic, historical and cultural factors much better. They do not forget that the course of any war is unpredictable, that the “easy walk” in Iraq cost 4400 life to American soldiers and possibly 200000 civilians of this country, and the intervention in Afghanistan has been going on for the tenth year, but the government we set in Kabul is still incompetent , corrupt and unpopular.

The time has come for a “modest” foreign policy, about which, while still a presidential candidate, George W. Bush spoke. America does not need to "redo" the entire planet, and it does not have enough forces for that. So it's time to stop this hopeless business. At one time, the "so-called realists" opposed the war in Iraq, and were right. And now they are also right, warning against new military adventures. Unfortunately, the current president is thinking no more about the consequences of senseless wars than his predecessor.

We are in Yandex Zen
Russia and the United States: from Bush to Obama
Torture democracy
6 comments
Information
Dear reader, to leave comments on the publication, you must to register.