July 11 2011
11
Since the middle of the last century, the armed forces of the Republic of South Africa have been Tanks Centurion Mk. 5, called Olifant Mk. 1 (elephant). The first stage of modernization of these military vehicles began in the late 1970s and was carried out by the South African company Armscor. As a result of the work, a modification of Olifant Mk.1A was created. The next stage of modernization of the tank was carried out, starting in 1985, as a result, a new model was introduced - Olifant Mk.1B. The first such tank was put into service in 1991. The Olifant Mk.1B tank was developed taking into account the nuances of the South African climatic conditions and road features. Only the turret and hull of the tank were left without significant changes; passive protection was improved. All special equipment, powerplant, weapons and most of the other units were practically re-created. 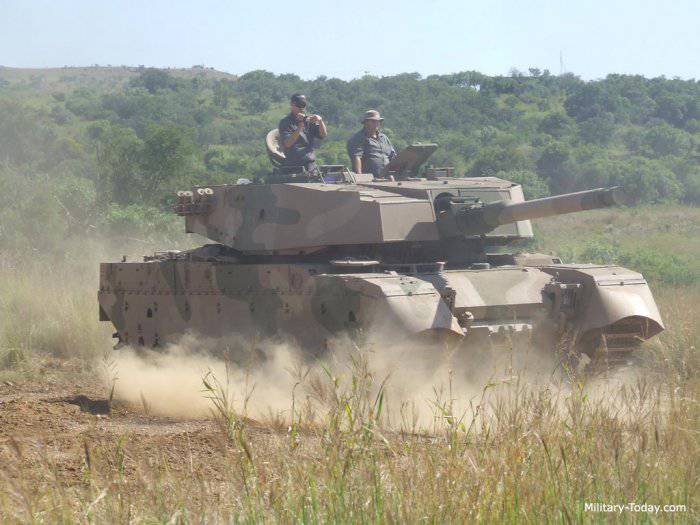 The South African tank Olifant Mk.1B is the result of the most profound and large-scale modernization of the tank Centurion in comparison with all that were carried out before. In addition to the weapons reinforced already in the previous Olifant Mk.1A modification, a completely new SLA was installed on the new tank, a new engine was installed, armor protection was radically enhanced, the transmission and suspension were changed.

In order to enhance the armor protection of the tank, additional powerful armor plates are installed on the frontal parts of the turret and hull, while the front hull front plate is significantly reinforced with multi-layer armor. The sides of the hull and the undercarriage are completely covered by armored screens, which consist of several parts, which is much more convenient during the service and maintenance of the dynamic undercarriage. The bottom of the hull also received additional protection in the form of reinforcement with additional armor plates. When overlaying additional armor, the balance of the tower was taken into account; as a result, it is balanced much better than on previous models of “centurions”, and for its full reversal much less effort is required. 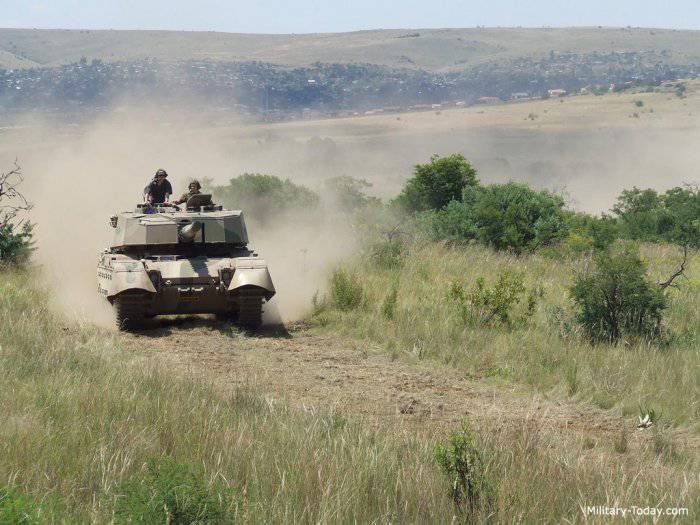 On the armament of the tank Olifant Mk.1B 105-mm gun L7A1 with an ejector and a special insulating casing made of fiberglass. The gun is stabilized and works in two planes of guidance, electro-hydraulic drives of guidance are installed. The MSA includes a completely new gunner’s periscope sight with embedded stabilization of the field of view, as well as an integrated laser rangefinder, a unique ballistic computer. Additional armament includes a paired 7,62-mm machine gun located to the left of the gun and two additional 7,62-mm machine guns of the Browning system above the hatches of the crew commander and loader.

The chassis was completely reequipped, in which an individual torsion suspension was used for each of the road wheels, which had a maximum dynamic stroke of 290 mm. This made it possible to significantly improve the throughput of the tank, including at high speeds. At each of the individual suspension assemblies were installed hydraulic stops. The ergonomics of the control compartment was also improved; the double hatch installed for the driver was replaced with a new sliding monolithic hatch. 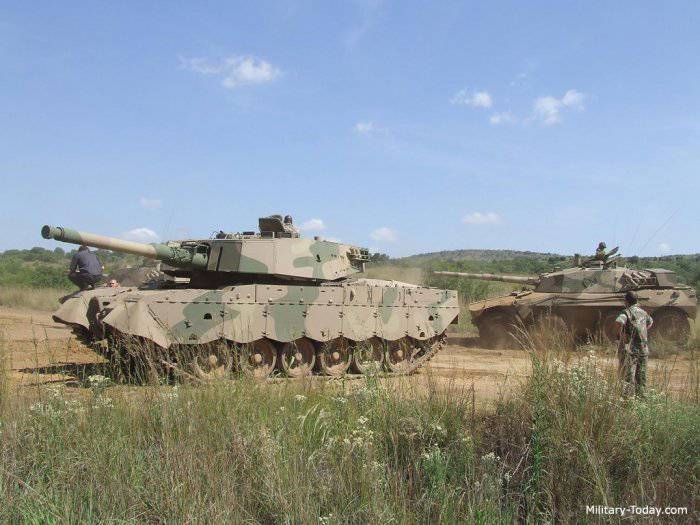 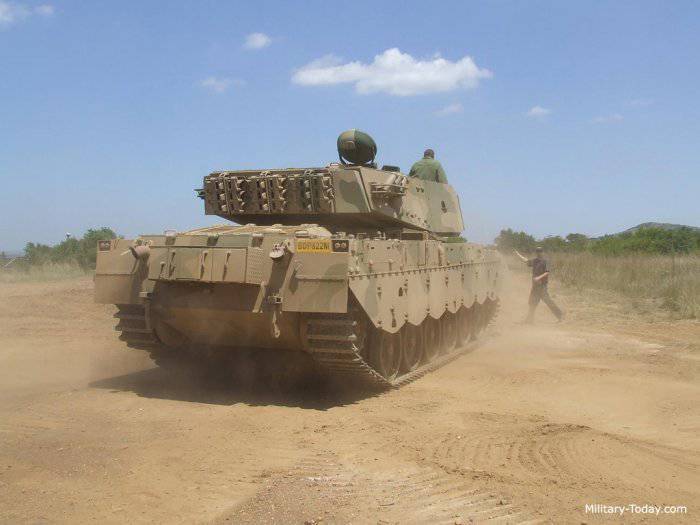 In 2003, the company BAE Systems England, signed a contract worth 27,3 million dollars for the next modernization of tanks Olifant Mk.1B to the new standard Mk.2. This is the most significant contract Armscor has made over the past 12 years. The order performer will be the South African branch of BAE - Land Systems OMC. For work, Land Systems OMS entered into additional contracts with suppliers of individual parts, components and equipment - South African companies Delkon, IST Dynamics and Reutech Defense Logistics. The modernization of the tank is as follows: a new turbocharger and an additional intercooler for a GE AVDS-1790 diesel engine, whose power 1040 hp, is installed. Delkon’s development, improved fire control system accuracy and improved Reunert tower turret drives, which made it possible to execute shots on the move and direct the overall system at the target. The main distinctive feature of the complex is that it is designed to detect and suppress various targets during the day and at night. The complex contains a ballistic computer, a thermal imager and a stabilized observation platform with a sight. Work on the modernization of the tank continued during the 2006-2007 years. Converted 13 units.

Today, the South African army is armed with 172 tank modifications Olifant Mk.1A / B and Mk.2. The upgraded tanks will be operated up to the 2015 year. Currently, the leadership of the South African army is considering the purchase of foreign-made tanks. Challenger 2E and Leclerc Tropik are considered among the possible options. It is planned to purchase 96 combat vehicles. 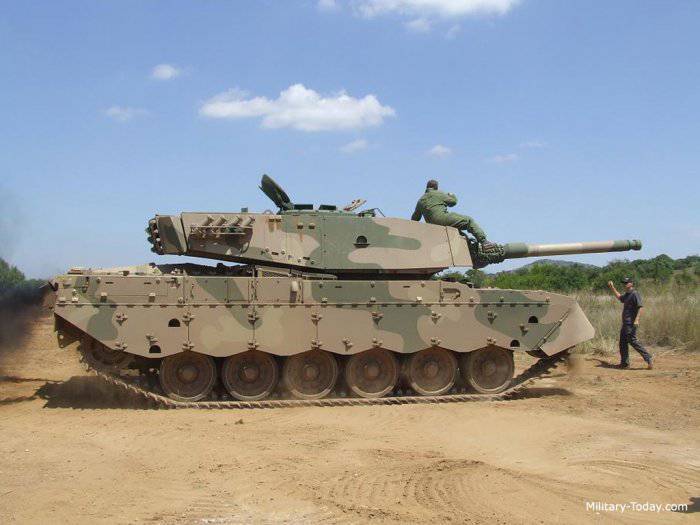 We are in Yandex Zen
Project Centurion M-0907 Bunker: Swiss tanks, cranes and bunkers
The best main battle tanks of the world 2012 of the year
11 comments
Information
Dear reader, to leave comments on the publication, you must to register.