7 September 2013
5
The LVTH6 (Landing Vehicle Tracked) is a tracked amphibious assault vehicle made by Pacific Car and Foundry Co and Ingersoll. It belongs to the 2 generation of similar American cars. It was adopted in 1953 year. Like most other amphibious assault vehicles, LVTH6 was used for combat operations, especially in Vietnam, by the United States Marine Corps.


The LVTH6 is an artillery version of the LVTP5 armored personnel carrier. The arsenal of this machine has a howitzer M49 caliber 105 mm. According to the American classification, this combat vehicle belongs to direct fire artillery systems.

In total, the 210 of such vehicles was adopted by the American army. The LVTH6 crew consisted of a 7 man. It consisted of the commander of the vehicle, the loader and the gunner, who were in the turret, the crew commander and the driver-mechanic and two feeders, who were in the fighting compartment behind the turret, were stationed in the control compartment, providing training and supply of ammunition.

Consider the design of this combat vehicle. 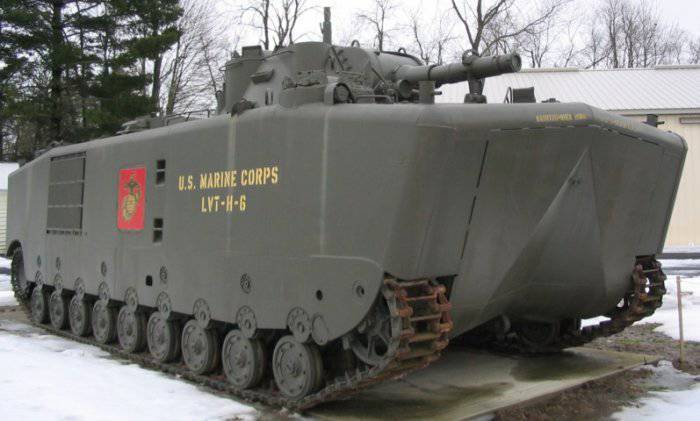 The V-shaped recess is clearly visible on the front rounded part of the vehicle body. Behind this triangular protection, on the right side of the hull, is a darkened tail lamp, behind which is the cabin of the crew commander. On the other side of the captain's cabin, is the compartment of the driver of the vehicle, in front of which is the mooring bollard. Next to the escape hatch, on which the maritime emblem is shown in red, there are steps for landing the crew. On the starboard side, in the rear of the case, there is a radiator compartment, closed by a grille.

In the back of the case is located the power section with the systems of air intake and exhaust exhaust. Periscopes installed in the tower, show the location of the commander of the machine. There is also a mount for machine gun 0,50 caliber. 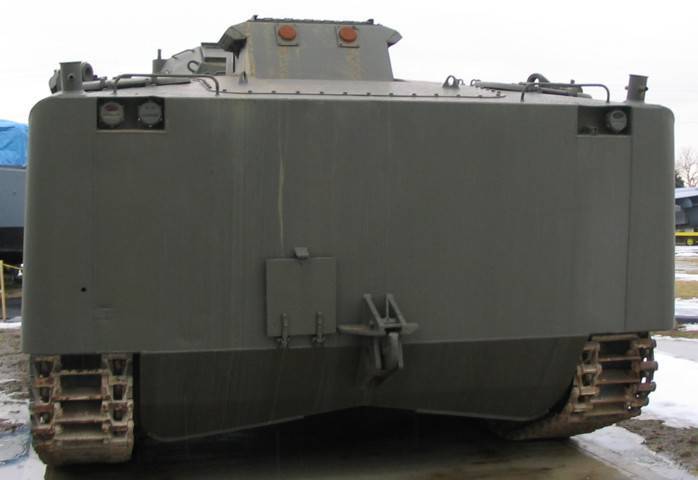 The square cover, next to the stern hitch, protects the vehicle’s external interfaces. On the rear deck is also the engine compartment cover, bolted. There are also two additional mooring bollards that are attached to the rear corners of the vehicle. 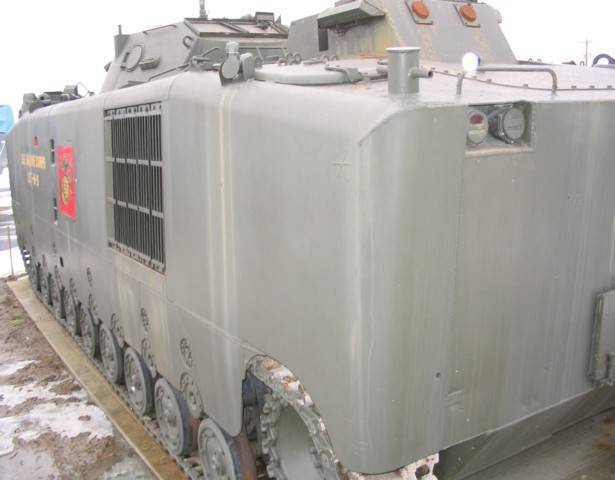 More details about the stern of the car you can see in this picture. Right next to the mooring bollards mooring is the engine compartment cover. Next to her is aft manhole for the crew. Also visible grille, emergency exit and steps for landing. The tower, on the left side has a hatch for firing from a small weapons, as well as the instrumental rack on the back slope. 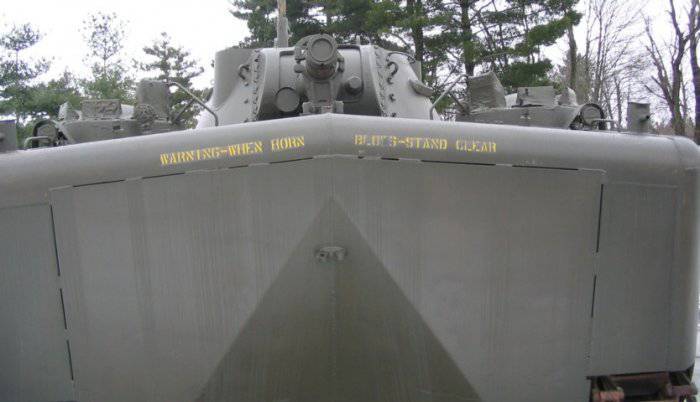 The driver is sitting on the left side of the LVTH6, and the rest of the crew mainly takes the opposite side. 150 mm howitzer clamped. The guard of the gunner's sight is visible near the rotor of the howitzer, and the hole for the coaxial MG machine gun 0,30 caliber is located on the opposite side. 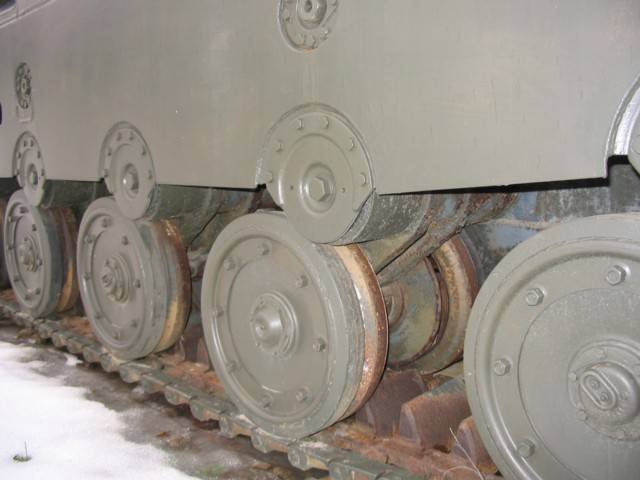 Crawler pins, in the LVTP5 family, do not fully extend across the entire track chain width: small pins on each side are attached to each link of the chain. In this regard, large lugs have become much more effective when driving through water. Track rollers are connected on each side of the track chain. One wheel of a pair is in a rubber tire, and the second is in a steel frame. This was done to facilitate flavoring. Also, there are visible levers torsion bar suspension. 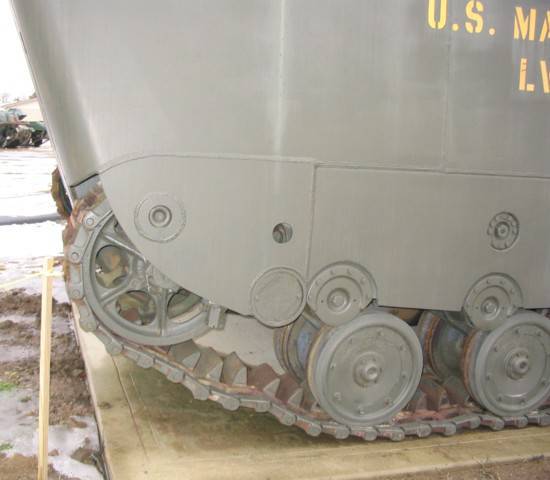 The first wheel of the vehicle is steering. The hole behind the guide wheel is the hole for adjusting the chain tension. 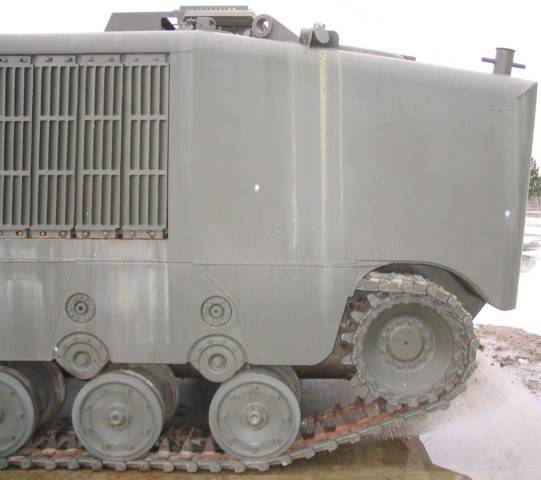 The rear wheels are driven and are visible in this image. Also, here is visible and the exhaust pipe located on top of the vehicle.
Ctrl Enter
Noticed oshЫbku Highlight text and press. Ctrl + Enter
We are
Landing amphibious armored personnel carrier LVTP7 / AAV7A1 (USA)Tracked armored personnel carrier K-75
5 comments
Information
Dear reader, to leave comments on the publication, you must to register.