In five years, the Russian army will become professional at 70 percent. 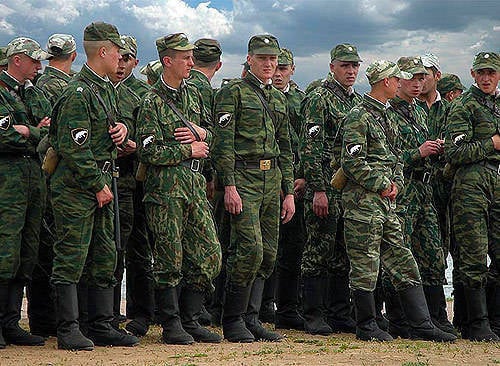 The encouraging news for recruits was heard yesterday from the mouth of the Chief of General Staff Nikolai Makarov.


He was on a business trip in Transbaikalia, in particular, he checked how combat training was organized at the Zugol training ground. And during a meeting with journalists, he told what would happen to the Armed Forces in the coming years.

“The leadership of the country has decided to increase the number of contract servicemen from the 184 thousands that we now have to 425 thousands,” the general said.

If you add 220 thousand officers to this professional army, you will get 645 thousand military personnel, or 70 percent of the personnel. According to Makarov, such a significant professionalization of the army and fleetOn the one hand, it will greatly facilitate the training of soldiers. On the other hand, it will increase the combat readiness of the troops.

other news associated with the transfer of non-military functions to civil organizations. Partial "switching" of garrisons to outsourcing has already happened. The chief of the General Staff said that the auction would end in August, and the army would massively switch over to such support for servicemen. The maintenance of small towns, the cleaning of the territory, the organization of food in military units, the repair of equipment and weapons will be fully taken over by civilian companies and companies. “This is done so that the soldier is engaged only in combat training,” explained Makarov.

He spoke about the transition of the Armed Forces to the brigade structure. The general believes that there was no mistake. The brigade’s combat capabilities are in no way inferior to the former divisions. Over the next three to five years, the new formations will further strengthen the artillery, thereby significantly expanding the range of brigade tasks. The Chief of the General Staff is confident that such a structure of the troops allows them to be quickly transferred to any place and, depending on the tasks assigned, complete the formations with the necessary number of battalions. They, among other things, can still act autonomously.

We are in Yandex Zen
Military reform as an integral part of the security concept of the Russian Federation: Systematic dynamic assessment
Outsourcing without embellishment
15 comments
Information
Dear reader, to leave comments on the publication, you must to register.