Yevkurov gave the militants the right to burial and self-determination 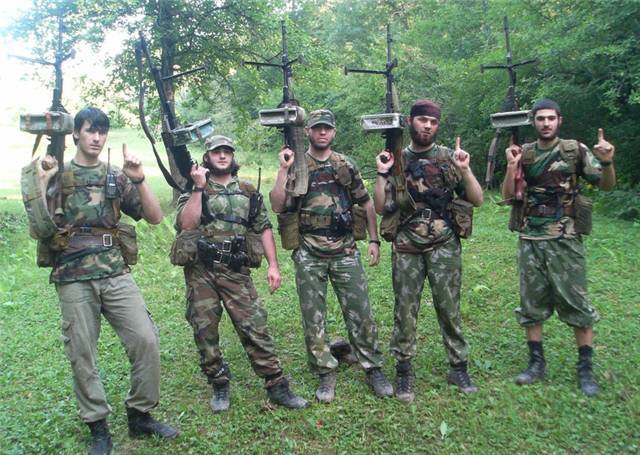 The head of Ingushetia, Yunus-Bek Yevkurov, canceled in the republic a ban on the extradition of dead militants to relatives. According to Yevkurov, in this way relatives will have fewer reasons for revenge. Additionally, the authorities of the republic promised to provide assistance to families whose children were members of illegal armed groups. “They are guilty, yes, but the society is more guilty - which allowed him to get on this Wednesday,” Yevkurov announced. And he promised to let the surrendered militants go home, even if it is likely that they will return to their underground lives: “He will, he will come again and surrender completely.”

The statements of the head of Ingushetia were a reaction to the "signal" from President Medvedev, who said that the principle "we will simply destroy the terrorists and the more we destroy the better," must "remain in the past."

The head of Ingushetia Yunus-Bek Yevkurov said yesterday at a meeting with the youth of the Mashuk-2011 camp in Pyatigorsk about his decision to refuse the practice of not giving out the bodies of militants killed during counter-terrorist operations to their relatives. “I personally forbade not to hand over the corpses of the murdered bandits. Give out, let them bury. This is done in order not to embitter the rest, ”said Yevkurov.

The practice of refusing relatives of militants killed in a battle to extradite their corpses operates in Russia in accordance with the provisions of the law "On the funeral business." In 2007, the Constitutional Court recognized these norms as not inconsistent with the Constitution. Long before the adoption of the law, the Russian authorities introduced the practice of not issuing the bodies of killed militants, especially field commanders, to their relatives for burial. The body of Aslan Maskhadov, who was killed by 8 in March 2005, was not allowed to bury his relatives, although international human rights organizations asked for this. With a request to extradite the body of Shamil Basayev who was killed a year later, no one applied at all, Kommersant writes. Yevkurov is sure that the federal authorities will meet him halfway, although his initiative on militants contradicts the law.

Evkurov's statement was a reaction to the speech of President Medvedev, who at a meeting of the Council for the Development of Civil Society and Human Rights suggested not to exterminate the militants, but to rehabilitate. Medvedev said that the principle “we will simply destroy the terrorists and the more we destroy the better” should remain in the past, since “we must not only destroy those who sow terror, but also try to educate them and return them,” Medvedev quotes. Polit.ru

The head of the Russian Federation commented on the statements about the "police terror" in the Caucasian republics. The fighters against militants, according to Medvedev, “people with their own shortcomings,” but treating them as “criminals who only do what prevent Russian citizens from living,” threaten to destroy the entire law enforcement system. The President noted that the forgiveness of terrorists is “a matter of choice”, “a question of tact and desire of one or another head of the subject of the Federation”

Yunus-Bek Yevkurov was the first to respond to the wishes of the head of state. And not only inside the republic he stopped the action of the federal law, but he also promised material assistance to the families of the militants, since, according to the head of the republic, the Russian society itself was to blame for their sons. “And plus help the family where the child died.” Because today we have to understand: they are guilty, yes, but the society is more guilty - which allowed him to get into this environment, ”Yavkurov quotes“ Caucasian Knot ”.

The head of Ingushetia noted that if a person came voluntarily, “he was interrogated, we do not even detain him, we let him go home. Interrogated - let go home. Even if he is a murderer. He himself came. Could come, but could not come. He wants to come again and surrender completely. "

Ctrl Enter
Noticed oshЫbku Highlight text and press. Ctrl + Enter
We are
Reports from the militia of New Russia for 1 September 2014 of the year
13 comments
Information
Dear reader, to leave comments on the publication, you must to register.