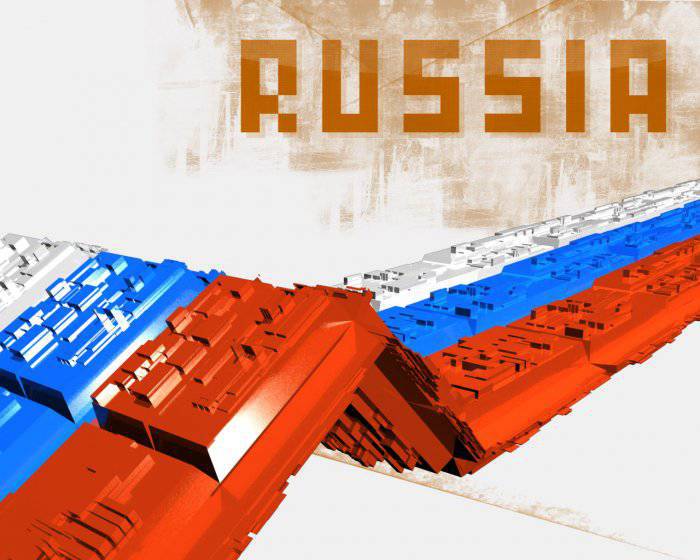 National idea. What is this concept that modern state officials of our country like to operate with so much, putting it at the heart of the population's welfare?

I will make a reservation right away, I believe in the need for such an idea.

Oddly enough, the very concept of this term is given to very few.

In particular, the philosopher V.Soloviev defines it as follows: "The idea of ​​a nation is not what it thinks of itself in time, but what God thinks of it in eternity." It’s probably better not to say so.

It is impossible not to agree with Solzhenitsyn that this is the idea of ​​the desired lifestyle in the country, which owns its population. Although the “Vermont Elder” began to talk about it in the 89 year of life, clearly aware of its “contribution” to the defeat that our people suffered in connection with the advent of the “era of democracy and glasnost”. For if we compare the size of the Stalinist repressions (and among the repressed there were quite a few who were obvious enemies not only of Stalin personally, but of our country) with what was created with us since 1987, then Joseph Vissarionovich may seem just an angel.

Well, God bless them both. There is also the concept of the term “National Idea” in the philosophical encyclopedia, where it is said that it defines the meaning of the existence of a people, an ethnic group or a nation, and is a systematic generalization of national self-consciousness. So maybe Leonid Brezhnev was not so stupid when he spoke about the “Soviet people”?

What are the ways of creating a common desired lifestyle? They, in my opinion, not so much. First we see now. As he rallied the people, we also see, and to believe that the continuation of this way of dividing people into rich and poor, deepening the gap between them will lead to the unity of the nation can only be very naive people (there are no naive people there, more and more rogues).

The second is the one we used to go to the first. I think he is the only true. There are not many liberals among the readers of the Military Review, but they are still there. Therefore, in anticipation of howls and spitting in your address, I will try to justify my position for a more sane part.

I immediately begin to point the finger over the ocean. Here, they say, where he is - the true path. Let's not forget that it is not over yet, and no one can predict the current crisis for a country living in debt. Let us not forget that the economic state of America is largely the result of its aggressive policy, waging wars on foreign territory and the plundering of other countries and peoples. Is our people capable of this? Hardly. The mentality is different, and he will never become American.

None of the unlearned teachers of Marxist-Leninist philosophy, who now proudly call themselves political scientists, does not deny the theory of social evolution, in the course of which a social form emerges that is qualitatively different from the previous one. They do not dispute the theory of progress, according to which humanity is developing incrementally and one form of society is replaced by another, more progressive. So capitalism is not the final stage. Which is next, political scientists do not give an answer (most likely, for the reason I mentioned).

At the same time, proceeding not only from the theory of Marxism-Leninism, but also from the statement of the same Solzhenitsyn, this is socialism, which, perhaps, will replace communism. Yes, in its initial period socialism is not a gift. But who can tell me at least one formation that in the initial period of its development would not differ from its final stage? Or have everyone forgotten how hired labor was used in the stronghold of democracy — Britain? Or did the latter not shoot cannons for shooting? Or maybe the genocide of the indigenous people of America is in his own good?

There is a third way. “Russian nationalists” like Belkovsky say a lot about him. Disconnect the Caucasus, etc. It is possible, but then it will not be Russia, and she will no longer need the national idea.

We are in Yandex Zen
Results of the week. "God forbid to see Russian revolt, senseless and merciless!"
Results of the week. “I recently believe that everything in life is possible, even that which is impossible”
27 comments
Information
Dear reader, to leave comments on the publication, you must to register.