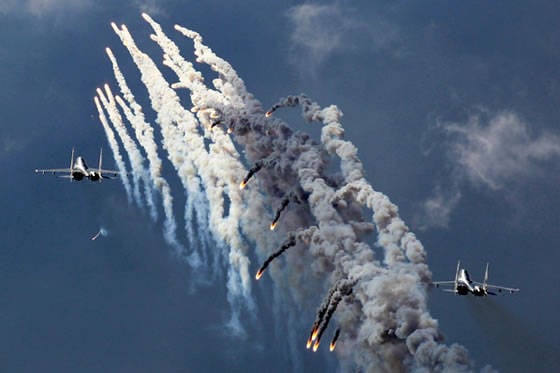 A military parade dedicated to the 200 anniversary of the independence of Venezuela took place in Caracas. President of the country Hugo Chavez, who returned after treatment in Cuba, gave the order to start the parade.

The parade was attended by companies of the guard of honor from China, Russia and Belarus, as well as Latin American countries.

After the completion of the parade via Twitter, the President of Venezuela expressed his gratitude to the leadership of Russia and China for their assistance in equipping the Venezuelan Armed Forces.

As U. Chavez said, “thanks to the support of Russia and China, our Armed Forces are well equipped and trained.”

It is noteworthy that W. Chavez mentioned only two countries that made the greatest contribution to the rearmament of the Armed Forces of Venezuela. At the same time, the leader of Venezuela did not mention Spain (obviously, this is due to a purely political moment - the holiday was dedicated to the 200 anniversary of independence from Spain).

In fact, Spain for the last 10 years has been ranked second in terms of arms exports to Karakas, specializing in the supply of naval equipment.

China ranks third in the Venezuelan market. China signed an agreement on military-technical cooperation with China in 2005. The largest shipments of Chinese military equipment to Caracas are the three-coordinate JYL-1 radars, the K-8W Karakoram combat training aircraft, and military transport aircraft aviation Y-12.

According to reports, during the current year, the Venezuelan Land Forces plan to form the 25 th mechanized brigade, which will be armed with BMP-3М and BTR-80.

The command of the 25 Mechanized Brigade will be located in La Fria (Tachira Province). She will be part of the 2 Infantry Division (San Cristobal, Tachira).

The new brigade will include several mechanized battalions, an artillery group, an air defense battery, as well as support and support units. Currently, the 2 Infantry Division consists of the 21 Infantry Brigade (San Cristobal) and the 22 Infantry Brigade (Merida).

The volume of new orders from Venezuela for the supply of Russian weapons could exceed 5 billion dollars. This amount includes, inter alia, the purchase of arms under the loan allocated to Venezuela. As part of this loan package contracts have already been concluded.

Venezuela purchased 92 MBT T-72B1 (altogether, Venezuela estimates 600 units for the new loan, therefore, additional MBT can be purchased, including T-90С), BMP-3М and BTR-80 (around 240 units) .), 152-mm self-propelled howitzer 2C19 "Msta-C". Negotiations are underway on the purchase of MLRS "Smerch", contracts have been concluded for the supply of C-300В air defense systems and other weapons.

Venezuelan President Hugo Chavez also announced his intention to buy at least one amphibious aircraft, the Be-200, in the fire-fighting version.

In addition, negotiations are underway to supply the second batch of X-NUMX Su-24MK30 / Su-2 fighters (Venezuela may become the first customer of the Su-35), X-NUMX Mi-35HE and 10 helicopters Tor-M28E. Venezuela has expressed interest in the purchase of mobile coastal missile systems, naval patrol aircraft based on the IL-12, boats of the 2 Mirage project and DKVP 114 Murena-E project. The question of the possible procurement of Russian diesel-electric submarines by Venezuela has not been removed from the agenda.

In continuation of the helicopter subject matter, Venezuela is considered as a promising customer of Ansat training helicopters.

The Venezuelan ground forces acquired 23-mm twin-anti-aircraft units ZU-23-2, which will provide air defense for the brigades of the Ground Forces. In addition to anti-aircraft guns, the Igla-S MANPADS have come into service with these batteries.

The annual production capacity for the production of cartridges for automatic AK will exceed 50 million units.

The output to the full design capacity under construction with the help of Russian specialists of the enterprise for the licensed production of AK assault rifles is planned for 2011 year.

In May, 2010 45 military personnel from the Venezuelan Armed Forces began training at the Omsk Tank Engineering Institute. The training of tankers for the Venezuelan army is connected with the interstate agreement concluded in September 2009 for the supply of Russian tanks and other armored vehicles to Caracas.

This year, Russia will supply Venezuela with six Mi-171, Mi-17В-5, Mi-25 and Mi-35 helicopter simulators. The contract was awarded in December 2006. After delivery and installation of the simulators, the helicopter training center in Venezuela will become the largest in Latin America.
Ctrl Enter

We are in Yandex Zen
Azerbaijan hosted a military parade
Venezuelan President Hugo Chavez Died
4 comments
Information
Dear reader, to leave comments on the publication, you must to register.