Will Gaddafi Leave? The West and the rebels are clearly tired of fighting 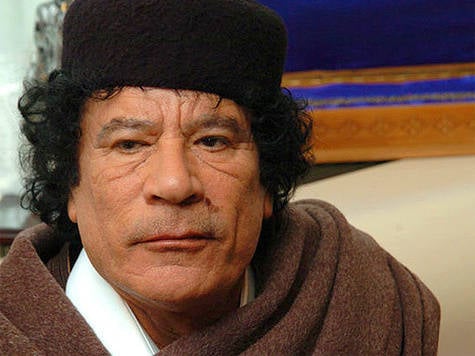 Gaddafi is ready to give up power. This particular news - not of a clear origin - they savor the media now, speaking of the apparently stalled Libyan confrontation. As a matter of fact, it is still unclear where the colonel should go, according to the West, from where and where. But this is subtlety. At the moment, everyone is so accustomed to phrases like "Gaddafi must go", which is sometimes forgotten - the Libyan leader does not occupy any official posts, which he himself indicated more than once.


However, the notorious refusal of power is possible only if the colonel is provided with certain security guarantees. If Gaddafi really "leaves", then the moment he chose the right one - his once irreconcilable opponents seemed to be rather tired of war. And it seems that they are even ready for significant concessions.

France, once marching to the forefront of the military campaign in Libya, now opens an attraction of unprecedented generosity: Sarkozy is supposed not only to defrost some of the accounts of the Gaddafi family, but also to make efforts so that the disgraced Libyan leader would not appear before the International Criminal Court, which had already issued a warrant for him arrest. On the other hand, one should not overestimate French altruism, in fact, theoretically, Gaddafi, appearing before the court, may well inform the international community that it would not be worthwhile to voice, in the opinion of the same French,. Let us recall at least the statement of Gadhafi’s son Saif al-Islam that Sarkozy allegedly used Libyan money during his election campaign. The scandal then stalled, not having time to break out - the French prudently and quickly “silenced” Saif with their “Mirage” - but no one has yet learned the truth. Now, by the way, the son of the colonel once again points the French to their likely personal insults: “If you are angry with us because we did not buy your Rafale aircraft, then you should talk to us.” If you are not satisfied with the course of oil deals, you should talk to us. The rebels will not give you anything, because they will not win. ”

The Libyan opposition in their possible concessions to the colonel is much more restrained than the French, because Gaddafi is closer to them, and therefore it can deliver more inconvenience. Therefore, the head of the National Transitional Council Mustafa Abdel Jalil said that the rebels are ready to allow the colonel to stay in the country, but with reservations. In particular, he will have to be in a place determined by the opposition under international control. In addition, for opponents of the Gaddafi clan, the option proposed by him regarding the nomination of Saif al-Islam for possible future elections is also unacceptable.

How likely is the "leaving" of Colonel Gaddafi from the political arena?

Yevgeny SATANOVSKY, President of the Institute of the Middle East:

“Since the rumors are of incomprehensible origin, the statement was made by a certain Russian person, and Russia is still not Libya, while Gaddafi himself did not say anything like that, it’s too early to talk about his departure.” This may be a kind of stuffing information, and from any side. From the side of the colonel - "maybe you will make concessions to me." From the opposition, which can not fight anymore. This may be just a journalistic trick, because the snow people have disappeared somewhere, there are no green men either, so they decided to return to the Libyan topic. What is really happening is absolutely unclear. Western media lies to us mercilessly, it is a fact. Naturally, if Gaddafi leaves, then only with strong guarantees for himself, and with the fact that his son will go to the polls. As for the opposition protests, taking into account its composition, it is unlikely that it will be able to influence this. And the West has already become disillusioned with it, realizing that it is impossible to educate the rebels, and as for money, how much they don’t invest in, they will plunder everything.

Gumer ISAEV, Head of the St. Petersburg Center for the Study of the Modern Middle East:

“Gaddafi refers to those leaders who are not just heads of state — and he emphasizes that he does not hold any posts, but is the leader of the Libyan revolution. Therefore, his departure is the termination of the revolution as the very idea of ​​the Libyan Jamahiriya. I believe that he is unlikely to leave, unless it is some kind of maneuver aimed at tricking the west. Now, after the Libyans are faced with aggression from the outside, the support of the colonel is very high. And all the rumors about his possible withdrawal are, in my opinion, an attempt to fill the information vacuum, and perhaps sow panic among the Libyans to see that they might lose their leader.

We are in Yandex Zen
Chronicle of the Libyan War
6 comments
Information
Dear reader, to leave comments on the publication, you must to register.