Ships of the future at the Navy Salon in St. Petersburg

July 5 2011
0
Secretary of the Russian Security Council Nikolai Patrushev, Minister of Industry and Trade Viktor Khristenko, Commander in Chief of the Navy Vladimir Vysotsky and St. Petersburg Governor Valentina Matvienko immediately after the opening ceremony of the fifth international naval salon in St. Petersburg examined the latest achievements of the Russian military and civil shipbuilding presented at the exhibition. An excursion for them was conducted by the head of the United Shipbuilding Corporation (USC) Roman Trotsenko, as well as the heads of leading design and shipbuilding enterprises in Russia. 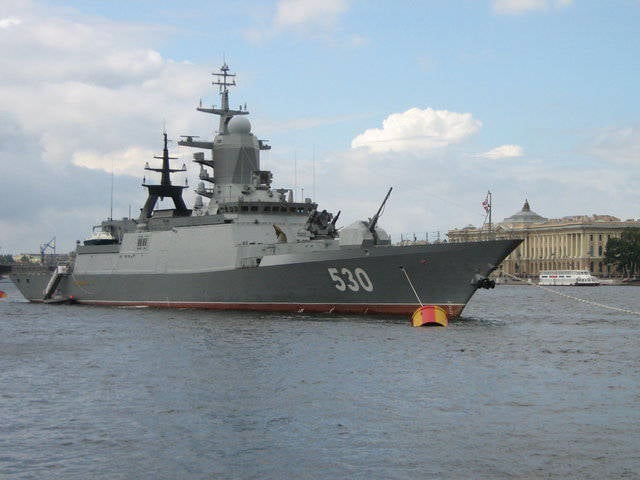 CORNETTS AND SUBMARINES OF THE FUTURE

The prototype exposition of the new developments of the United Shipbuilding Corporation (USC), the most extensively presented at the Salon, was the first in the course of the inspection. The guests were shown the layout of the ship of the future - a corvette of the near sea zone of the 512 "Strict" project. “This ship is distinguished not only by a futuristic appearance, unusual to the eye, but also fundamentally new materials,” explained Trocenko.

“On the corvette helipad, we see a heavy helicopter that has proven itself. Of the interesting solutions is a carbon-fiber superstructure, which is made by pouring, and the reflection on the ship’s devices is about the same as on a small vessel 30 meters long. Such decisions gradually all fleet are moving, "said Trotsenko.

The next object of attention of the distinguished guests was the small guard corvette of the 20382 "Tiger" project, which enjoys well-deserved attention from foreign customers. Corvettes of the same project 20380 of the type "Savvychny" and "Steregushchy" were successfully introduced into the Russian Navy, the commander-in-chief of the Navy, Vladimir Vysotsky, explained in a following layout. Now the fifth ship of this series, but already the 20385 project, is under construction now, and not only tactical nuclear will be installed on it weapon, but also a long-range anti-aircraft complex, the Caliber strike complex with a range of up to two thousand kilometers, he added.

"It also has an integrated optic mast installed. It will be fully on active phase shifters, with signal scanning both vertically and horizontally, and with primary processing near 500 targets and of the order of several dozen for secondary processing with issuing target indications to other ships. A sensible ship. The displacement of only two thousand tons. Long walked, but it seems to have come, "- said Vysotsky. 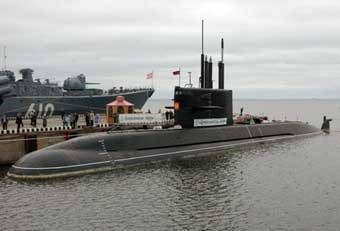 The guests of the Naval Salon also examined the projects of other small patrol ships, coast guard boats and diesel-electric submarines. On the submarine "Cupid 950", designed by TsBB "Rubin", and told Trotsenko, and Vysotsky.

Trotsenko called the Amur 950 diesel-electric submarine with ten cruise missiles “the ideal ship of the future” and stressed that “they are very interested in this direction”. The radius of destruction of weapons on such a boat may exceed 1200 kilometers, and the autonomy is about 14 days.

To this, Vysotsky noted that this project requires revision primarily in terms of autonomy - the Russian designers were tasked with bringing it up to twenty days or more. "In principle, we will try to refine within a few years," the commander-in-chief added.

IMPROVING THE MASTERY OF THE UNDERWATER MASSES OF RUSSIA

Another project that caused a great demand among both Western and Eastern customers is a complex training center for training crews in the operation of diesel-electric submarines, designed at Rubin Central Design Bureau, Trotsenko said.

"In this complex, all the means necessary for the preparation and further improvement of the crew have been collected. This is not only computer training, but also special training in the pools, and they can create a slight excitement of up to three points in order to prepare submariners in real conditions." - said First Deputy General Director, Chief Engineer of the Rubin Central Design Bureau Igor Vilnit.

It also provides a special tower to work out of the torpedo compartment for rescue in case of an emergency, he added. This simulator is unique because it includes special systems to combat fires and the submarine compartment’s flooding.

Speaking about analogues of similar simulators, Vysotsky said that they exist in the United States and France, and India is completing the construction of such an object with the support of Russia.

"We received an electronic simulator for the 677 project, it is in Obninsk, we have already installed it - the so-called pre-training preparation on the computer. And here is absolutely full-scale, simulator work. That is how the sailor feels in the compartment. Only once again I want emphasize that the simulator must be done for both diesel and nuclear submarines as one, "said the commander-in-chief.

At the stand of the United Industrial Corporation (OPK), the general director of the shipyard “Severnaya Verf” and OJSC “Baltic Plant”, Andrei Fomichev showed Patrushev and Khristenko a model of a floating nuclear thermal power plant (FNPP) being built at the Baltic Plant in St. Petersburg. Operation of this station is planned in remote regions of Russia, for example, in the White Sea or the Sea of ​​Okhotsk, where the bases of nuclear submarines, respectively, of the Northern and Pacific Fleets are located.

“There are problems with construction, but we are still going according to schedule,” added Fomichev.

Recalling the corvette of the 20385 project, pledged at the shipyard “Severnaya Verf”, Fomichev stressed that this ship, among other innovations, replaced ship radio broadcasting systems, as well as improved the domestic part. By the 2013, on a ship of this type, it is planned to provide wi-fi in a closed mode for the convenience of the crew’s communication, Vysotsky added.

At the NPO Avrora stand, Patrushev and Khristenko examined the integrated bridge control system of high-speed ships and the newest diesel submarine control system created by the NPO Aurora together with the concern Granit-Electron and Okepribor.

"This system includes the combat information and control systems of the submarine, which ensure the use of various types of weapons. It is also a location, underwater acoustics, a periscope complex - that is, all the means that allow you to study the environment around the boat and choose the optimal modes of operation," Director of the NGO "Aurora" Konstantin Shilov.

MULTI-MILLION CONTRACTS AND WORKS UNDER THE ORDER 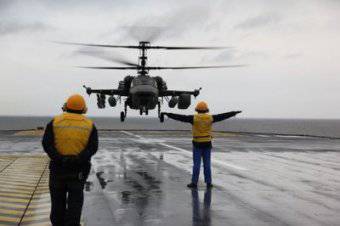 The Salon exhibition bypassing the exhibition ended with the “Helicopters of Russia” stand, where the chief designer of the Kamov helicopters, Hero of the Russian Federation Sergey Mikheev, told the high guests about plans to deploy the Ka-52K helicopters on Mistral-type ships.

“Today we see good developments for the Russian Navy and for the fleets of other countries. When we look at these developments, enterprises and design bureaus carry them out quite effectively. It’s important that these projects be in demand and made to order,” noted Security Council Secretary RF Nikolai Patrushev after visiting the exhibition.

The head of the Ministry of Industry and Trade Viktor Khristenko added that during the Naval Salon-2011, contracts worth a total of a billion rubles worth 1,3 have already been signed. Commander-in-Chief of the Navy, Vladimir Vysotsky, emphasized that in about two years Russia will become a leading country in exhibits and exhibitions devoted to naval subjects.

We are in Yandex Zen
Coastal Warships: Modern Approach
United Shipbuilding Corporation: the history of creation and development prospects
Add a comment
Information
Dear reader, to leave comments on the publication, you must to register.