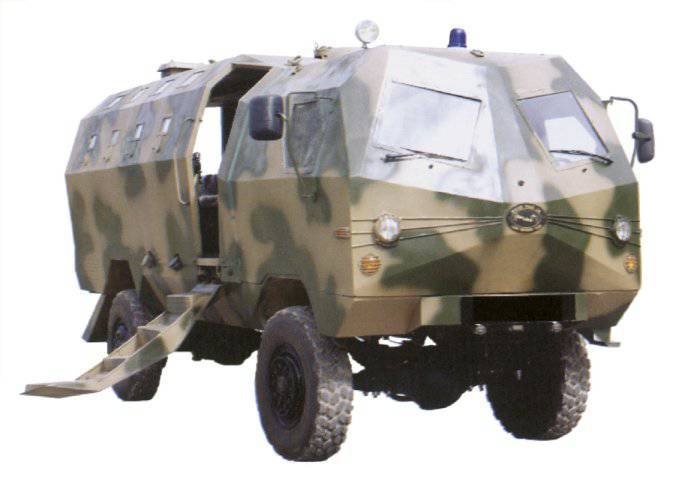 The wheelbase of the armored vehicle, made in the 4x4 format, carries an armored body (with a V-shaped bottom) that can protect against a mine blast and ambush attacks. The level of protection according to NATO regulations is not announced, but it is known that Burraq is equipped with armor that protects against 12,7-mm bullets fired from 200 meters.

The total weight of armored vehicles is 10 tons. Burraq has two compartments: the driver and the commander sit in the cockpit, and ten armored seats are installed in the landing corps, providing military personnel with additional protection. Landing can occur in three ways - through the back door or through two doors on the left and right side.

Burraq is equipped with Isuzu NPS-75 diesel unit with 150 horsepower. and five-speed transmission, which the customer can choose to be manual or automatic. The suspension of combat vehicles is a hydraulic shock absorbers and leaf springs.

The magazine "International Defense Review" reports that at the moment five experimental models are being tested.
Ctrl Enter

We are in Yandex Zen
Is the old well forgotten to become the new? Part-2. By call of honor and duty
10 best armored vehicles from the Discovery Channel
11 comments
Information
Dear reader, to leave comments on the publication, you must to register.