July 21 2014
17
After several years of waiting, the Royal Netherlands Ground Forces began to receive new type of armored vehicles. According to the BMPD blog with reference to the magazine International Defense Review, at the end of June the armed forces of the Netherlands received the first three armored vehicles of the Boxer family. Transferring these machines opens up a new page in stories armored vehicles of the Dutch ground forces. In the foreseeable future, the army should receive a total of 200 machines of the Boxer family. 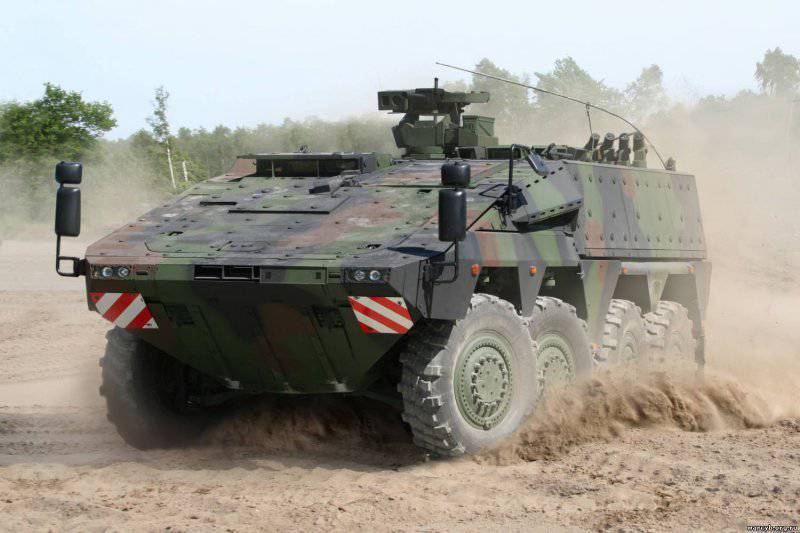 Three armored medical machines Boxer AMB, built on the basis of a universal platform, were the first vehicles transferred to the armed forces under the current order. 25 June, they began service in the medical company of the 13-th motorized infantry brigade of ground forces. According to reports, the current order involves the supply of 52 machines of this type, which will serve in the medical units and will replace the outdated technology.

An interesting fact is that the current order for 200 machines of the Boxer family does not imply the delivery of equipment in an armored personnel carrier configuration, although this option is considered basic and is already being mass-produced for the needs of the German armed forces. In addition to the 52 ambulances, the Armed Forces of the Netherlands want to get the 60 Command Headquarters Boxer CP, 53 Engineering Boxer GNGP, 27 Boxer Cargo armored trucks and 8 Boxer DTV training machines. A dozen engineering vehicles will be later converted into field workshops. Training machines, not armored and carrying a set of special equipment, were handed over to the troops at the end of last year. Since the summer of 2014, the delivery of medical machines has begun. Other Boxer products will be supplied to the Royal Army from 2015 onwards. Completion of the construction of two hundred cars is scheduled for 2017 year.

Boxer armored personnel carriers and equipment based on them were developed by the joint venture ARTEC GmBH, created by companies from Germany and the Netherlands. Initially, German companies Rheinmetall and Krauss-Maffei Wegmann (KMW) participated in the project, and the Netherlands was represented by Stork. At the end of the last decade, Stork became part of Rheinmetall and became its Dutch division. At the moment, more than 60% participation in the project falls on various divisions of Rheinmetall, the rest of the work is assigned to KMW. 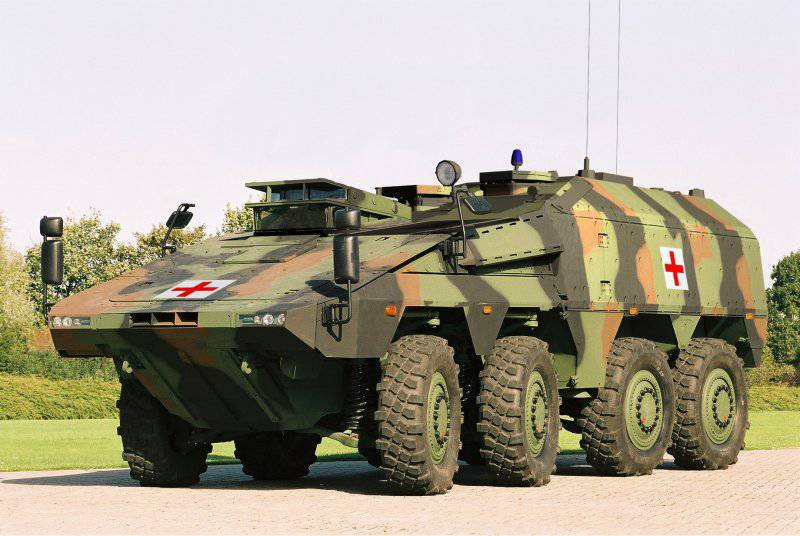 The Boxer armored vehicle family has been developed since the late nineties. The main objective of the project was the creation of several types of armored vehicles for various purposes, based on a common universal platform and having a high degree of unification among themselves. Initially, the project was developed by experts from Germany, the UK and France, but in 1999, France withdrew from the program and started its own project of similar technology. In 2001, the Netherlands joined the promising armored vehicle developers. Three years later, the United Kingdom for financial reasons refused to participate in the work. The final version of the Boxer project was developed by specialists from two countries, Germany and the Netherlands.

The basic vehicle of the Boxer family is a heavy wheeled armored personnel carrier with a combat mass of at least 25 tons. This armored personnel carrier is equipped with a chassis with a wheel formula 8 x8, hp engine 710. and booking the original system. Depending on the need, additional booking modules may be installed on the machine to increase the level of protection. When installing all the modules offered, the machine weighs 33 tons and protects the crew from 30-mm projectiles of automatic guns, explosive devices, etc. 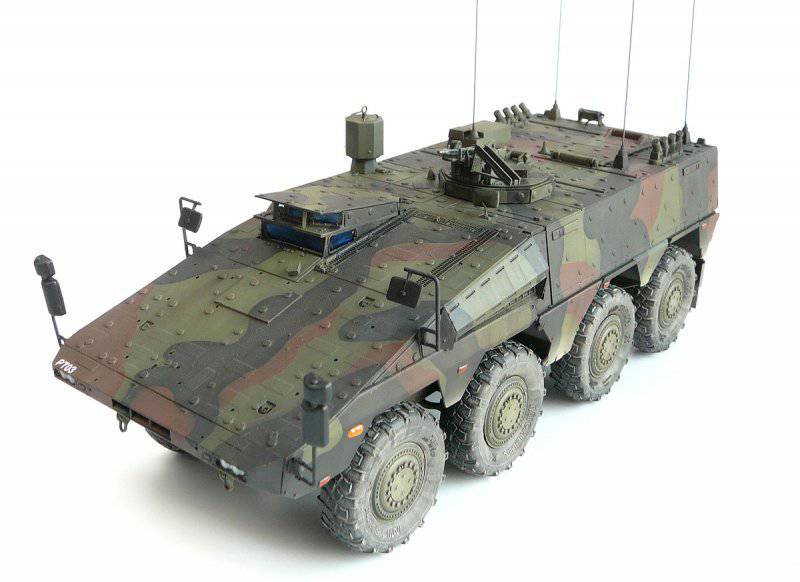 The versatility of the basic platform is provided by the original design of the case. Its middle and stern parts are made in the form of a platform on which the necessary module with the appropriate equipment can be installed. Thus, the base armored personnel carrier is completed with an eight-seat troop compartment for soldiers with weapons, the Boxer AMB ambulance receives a medical module with the necessary equipment, and the commander Boxer CP carries the equipment needed to manage the units. In addition, at the recent Eurosatory 2014, a prototype of a self-propelled artillery gun based on the Boxer chassis was shown for the first time. At the rear of the hull, a pivoting turret with an 152 caliber mm gun was installed on it.

The transfer of the first production vehicles of the Boxer family to the armed forces of the Netherlands is an important event in the history of the project. Until recently, only Boxer produced and operated serial Boxer armored vehicles, and the Netherlands was preparing to begin construction. Now the project has reached the stage of supplying finished equipment to all start-up customers, and thus once again confirmed its viability. In the future, there may be new orders for the supply of this technology as Germany and the Netherlands, and other countries. For example, several years ago, the Russian military showed their interest in the Boxer car.