Processes of restoring statehood in Soviet Russia in the 1920s 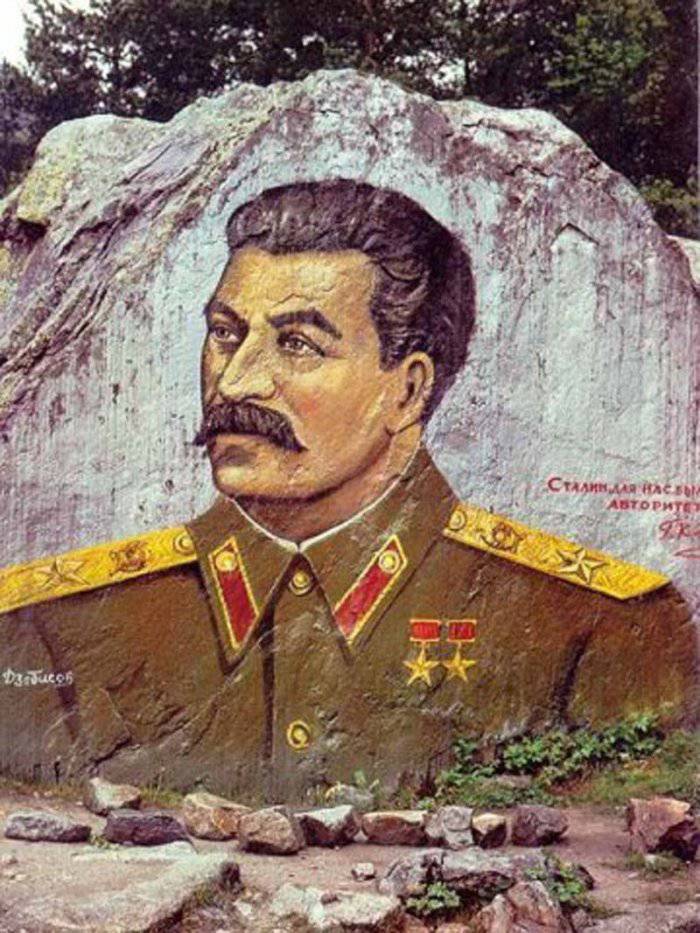 Gradually, in the course of the struggle against the "internationalist Trotskyists" and fortifying Stalin of their positions, there were changes in the domestic and foreign policy of the country, which led to the restoration of the "autocracy" (ie, self-government) of Russia. In the 1924 year, in the process of fighting Trotsky, his protege Olaf Aschberg was removed from his post as director of Roscombank. And not for plundering Russia, but for “abuses” - he stole part of the sums allocated to pay for foreign goods. This bank, one of the main channels of diversion of Russian values ​​abroad, was connected with the Foreign Trade Commissariat.


In the field of national policy in February 1924, the first constitution of the USSR was adopted, in which Stalin was able to carry out more centralization than Lenin and various national-Bolsheviks wanted. Two levels of economic and social management were established, and the republican level was subordinate to the All-Union level. The Communist Parties of the republics retained “autonomy”, but they were part of the Russian Communist Party. Opponents of centralization, mainly Ukrainian and Georgian leaders, were removed from their posts and transferred to other areas, away from their republics - Rakovsky, Petrovsky, Mdivani, Makharadze and others. In response to this, in Georgia in 1924, the nationalists revolted, but were quickly crushed.

The “democratization” and “revolutionization” of the North Caucasus after 1917 turned into a big problem. Complaints were sent to Moscow that the highlanders were all fully armed, the Russians, on the contrary, were disarmed and denied the opportunity to fight back. As a result, it turned out that two parts of the population of one state were placed on an ethnic basis under unequal conditions, which was unfair. And it leads to lawlessness against the Cossacks, the Russian population — they are attacked, cattle are stolen. And the local authorities are covered. In addition, blood counts began among the mountaineers themselves, ethnic strife. Straight is not 1920-s of the XX century, but the Russian Federation of the sample of the late XX - early XXI centuries.

As a result, Moscow began to restore order: the Mountain Republic was liquidated - they separated Kabardino-Balkaria, Chechen, Karachay-Cherkess, North Ossetian, and Ingush autonomous regions from it. As part of the Chechen Autonomous Region, the Sunzhensky Autonomous Cossack District was created, three Cossack national districts were singled out as part of the Karachay-Cherkess Autonomous Region and North Ossetia, the cities of Grozny and Vladikavkaz, dominated by the Russian population, received the rights of autonomous districts. The local nationalists did not like this: in 1925, a rebellion began in Chechnya, in 1926, in Dagestan. When suppressing them, it turned out that the rebels, as in Georgia, were associated with foreign centers, the local government was “infected” with the ideas of nationalism and sharia. The uprisings were suppressed, the “mottoes” with the mountaineers were stopped, the equal rights of national minorities and local Russians were restored.

Other early decisions that strengthened the “nationalists” were also revised: the Don Donetsk, Taganrog, and Shakhty districts transferred to this republic were taken from Ukraine, and they were incorporated into the North Caucasus Territory during the administrative reform of 1924, which united Don, Kuban, Stavropol , Tersk province, North Caucasian AO. From the Kyrgyz (Kazakh) Autonomous Soviet Socialist Republic they seized the Orenburg region previously transferred to it, the capital of the Autonomous Soviet Socialist Republic was transferred from Orenburg to Kzyl-Orda.

Already during this period, Stalin gradually began to struggle with the idea of ​​a "world revolution." It was very difficult, because even the USSR originally planned to call it the “Union of Soviet Republics of Europe and Asia.” The activity in this direction was carried out huge, absorbing a lot of resources and people. The “World Revolution” was prepared by the Comintern, the Red Army Intelligence Directorate, the People’s Commissariat for Foreign Affairs, the OGPU Foreign Department. Foreign parties were financed, the Military Commission worked under the Comintern, which had its own sabotage and command schools, a staff of military instructors. They tried to inflate the revolution in Germany, in 1924, they provoked an uprising in Estonia, in 1925, they were preparing revolutions in Bulgaria, Yugoslavia and Poland. But in the end all the plans collapsed, the uprisings were suppressed, the underground workers were identified and destroyed. Huge funds flowed away which was so lacking for the restoration of the USSR-Russia.

In March, 1925, at the V Plenum of the Comintern, and in April of that year, at a meeting of the Politburo, Stalin spoke of "building socialism in one country." Taking advantage of the failures in Poland and Bulgaria, he liquidated the Military Commission of the CI (Communist International), the Comintern itself is increasingly focusing on information gathering, it is gradually becoming a kind of special service. They made a reduction of the army, because for the defense of the country there was no need for such a large army that they were holding for the needs of the “world revolution”. Frunze transferred the army to a territorial system of recruitment, universal military service was abolished, only a small number of personnel units were retained on a permanent basis, in most units the personnel were called up only for short-term training. This decision was correct at that time - after two large-scale wars (World War I and Civil) and a mass of minor wars and conflicts in the USSR there was a huge amount of trained and past war personnel.

True, at the same time, intelligence work intensified in the East and the South, in Persia, Afghanistan, China, but it had a more geopolitical than ideological character. The USSR begins to restore spheres of influence, where the Russian Empire “worked”. So, when the revolution began in China in 1925, at the insistence of Stalin, it was not the Chinese Communists who supported the nationalist Kuomintang. 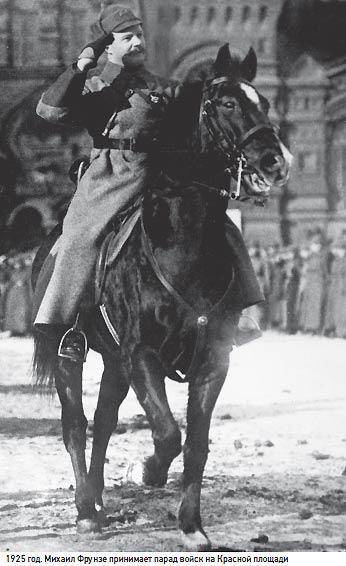 It is clear that the struggle against "Trotskyism" has not yet passed into the victorious stage, so, with the help of Mikoyan, the Cossack units were eliminated in the army; Trotsky led the Main Committee on Concessions, continuing to squander the wealth of Russia. Kamenev was removed from the post of the Council of Labor and Defense, but he headed the Commissariat of foreign and domestic trade. In education and culture continued "de-Russification." October 31 1925 of the year suddenly died "statist" Mikhail Vasilyevich Frunze, he was actually stabbed to death. His place was to be taken by the deputy chairman of the Revolutionary Military Council "Trotskyist" Lashevich. But Stalin won this battle too — Lashevich was sent to the CER, and Stalin led K. Voroshilov to be faithful to himself as Commissar for Military and Naval Affairs. Some doubts and the death of “Iron Felix” - Felix Edmundovich Dzerzhinsky - in July 1926 causes. He was a strong figure opposing the “Trotskyists” and the “Left Opposition”.

In the 1926 year, Stalin has already stated directly (the work “On the Foundations of Leninism”) that the Soviet Union has all the resources to build socialism alone. In November 1926, at the XV Conference, the thesis on “building socialism in one country” became official as the main line of the party, at the same conference they defeated the “Trotskyists” and supporters of Zinoviev. It was a "radical change", the country came to life. At the same time, the program of the accelerated industrialization of the USSR was adopted, which was planned to be carried out at the expense of the country's internal resources, and the program of super-industrialization of Trotsky was abandoned. The projects of foreign concessionaires began to be phased out.

We are in Yandex Zen
Myths of the Great Patriotic. Did Stalin have prostration in the first days of the war?
What is National-Bolshevism in Germany 1920-30's
3 comments
Information
Dear reader, to leave comments on the publication, you must to register.