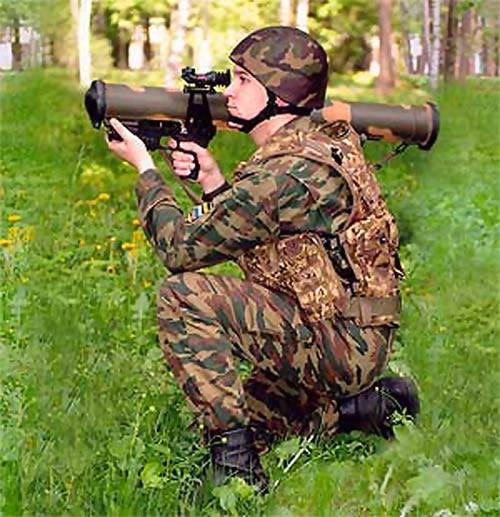 As it became known in 2011, the military units of biological, radiation and chemical protection (RCBZ) of the Ground Forces of Russia will receive reactive mobile infantry flamethrowers of a completely new modification - RPO PDM-A Shmel-M. Specified type weapons It has a significant range of fire and enormous power. "Bumblebee-M" is designed to destroy enemy manpower, which is located primarily in various kinds of buildings and defenses, for disabling automotive and lightly armored vehicles, the destruction of fortified objects, ground or semi-buried structures erected from stone, brick or concrete. A new flamethrower produces a reactive shot from a thermobaric equipment which is located in a disposable fiberglass transport-launch container. Striking factors of ammunition is a high-temperature field, as well as a zone of high pressure with a significant duration of exposure. Jet mobile infantry flamethrower of increased range and power RPO PDM-A ("Shmel-M") - this is a completely new generation of high-precision mobile assault weapons, which allows to solve a wide range of combat missions for fire support of ground forces in melee. 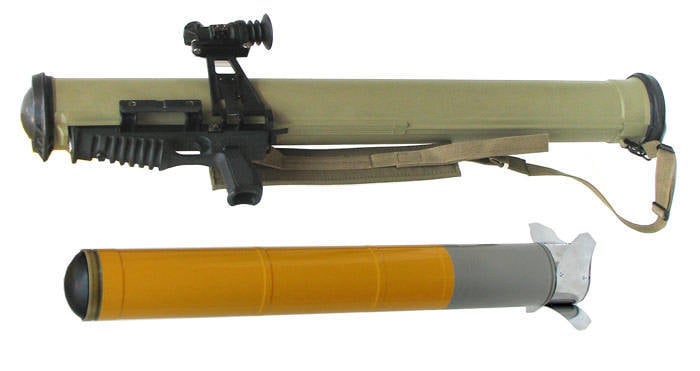 By the effectiveness of the impact directly in melee on all types of selected targets except tanks, not inferior to the 152-mm high-explosive fragmentation projectile.

As Major General Yevgeny Starkov, Commander-in-Chief of the RCBZ troops, stated, “modern RPE PDM-A flamethrowers ог Shmel-M’ flamethrowers are capable of striking the living force of a potential enemy in shelters, as well as lightly armored vehicles at a distance of 1,7 kilometers, and the target range is up to 800 meters .

Types of warheads:
- RPO PDM-A - an explosive fuel-air mixture (thermobaric shot / ammunition of a volumetric explosion), burns without detonation, the power is equivalent to a high-explosive fragmentation projectile 152 mm (according to KBP). In the nose of the charge is a small cumulative charge to destroy the obstacles. Compared to the RPO-A, the power of the CU is increased by 2 times.
The mass of the mixture - 3.2 kg

Status: Russia
- 2004 g. - flamethrower adopted by the armed forces of Russia.
- 2011, in the framework of the arms procurement program for 2011-2020. deliveries to the troops of flamethrowers RPO PDM-A are planned.

We are in Yandex Zen
Infantry backpack flamethrower ROX-3
Arsenal for special forces
18 comments
Information
Dear reader, to leave comments on the publication, you must to register.