Disunity - the tragedy and illness of the Russian people 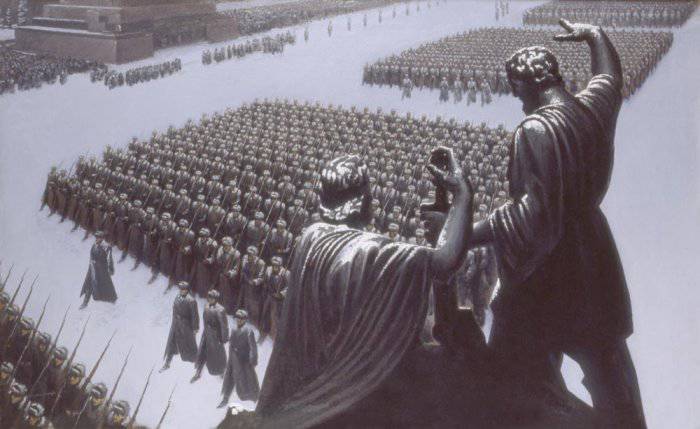 One of the strengths of our people in the past was its unity - communality, catholicity. They met misfortunes together, beat enemies, built fortresses, houses, churches, celebrated holidays. Currently, the enemies actually managed to deprive the Russian unity. They became indifferent to the misfortune of their relatives - for example, the tragedy of Russians in Chechnya, in the republics of Central Asia, left almost everyone indifferent.


The concepts of Western life: individualism, freedom, independence, enrichment, career, etc., have become part of the life of the Russian people. Although it is clear that a society where hundreds of thousands of people are poor, homeless, orphans, street children, is doomed as a result to a terrible catastrophe. It is clear that these phenomena were in the life of the Russian state before, but they successfully fought against them. Russia is not the West, it’s normal there, when there are a handful of super-rich and a stratum of the rich and the masses of the poor, social justice has always been important for Russia. The fact that someone puts on a new pair of shoes every day, and a hungry person is frozen on the side of the pavement, contradicts Russianness.

The introduction of Western values, which are based on the priority of law and law, contradicts Russian basic concepts - Conscience and Truth. As a result - mass impoverishment, the extinction of the people, their moral and intellectual degradation, the division of the people into a mass of groups, layers. But it is impossible to completely break the program of the people, laid down by the Supreme Reason, its craving for truth, justice, at the present time people are in a state of trouble, but it is not eternal.

The Russian people are interesting because, mastering the values ​​of others, always bring them to the point of absurdity - the same happened with the adoption of Western individualism, the system of consumer society. People direct all their spiritual powers and material resources to this. The result is terrible: against the backdrop of the masses of beggars, crumbling old houses, dead villages and the overgrowing fields of young birches, the excesses of the “elite” seem to be a “feast during the plague.”

The line of separation goes in families; more than half of all families fall apart, children do not respect their parents. Seeing what happened to the family in the West, you realize that the day is not far off when parents can not afford to slap on the back of the child, say, for the word mata. Then the word “father” and “mother” will be banned, impersonal “biological parents” will enter the documents. Parents will get homosexuals and lesbians.

It is high time for the Russians to understand that there is no need to wait for help from the government; it is busy with the same thing - enrichment. It's time to create their own communities - Russian, Slavic, Cossack, interest clubs - militaryhistorical, hand-to-hand, knife fight, help each other. Together, train, celebrate, remember about our original customs, support the brothers in difficult times. Recall that only in unity and brotherhood is our strength. To recall the idea of ​​"Bright Russia", to be worthy of it, to become better for each of us. The salvation of Russian civilization in the spiritual transformation of the Russian people.

We are in Yandex Zen
About Stalin and Khrushchev
What you didn't want to know about England
23 comments
Information
Dear reader, to leave comments on the publication, you must to register.