July 14 2014
12
18 April 2014, the United States banned the inspection flight of a Russian aviation surveillance aircraft over its territory. Such flights are performed regularly as part of a multilateral international treaty signed at 1992 in Helsinki (DON) - the “Open Sky” program. As the representative of the Ministry of Foreign Affairs of Russia, Alexander Lukashevich, has stated, the United States occupies an “extremely non-constructive position regarding the examination of Russian digital surveillance equipment.” 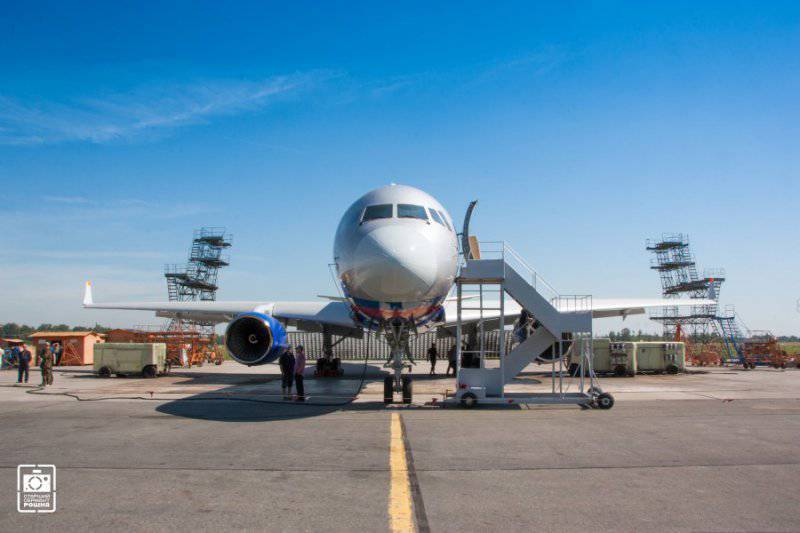 The Free Beacon magazine, referring to an unnamed US State Department official, explains: US intelligence officials and congressmen want the Barack Obama administration to refuse to certify “new Russian observer aircraft with digital sensors, including the latest radars, which allow the aircraft to“ see ” through the buildings ”(magazine wording).

This development could not pass by a novice expert in the field of military aviation reconnaissance - Army reporter Alexander Roshka. He went to the factory, where the most modern aircraft of Russian aviation surveillance, developed at Tupolev OJSC on the basis of the Tu-214 passenger aircraft, the Kazan Aviation Plant named. S.P. Gorbunova, which is part of the United Aircraft Corporation. 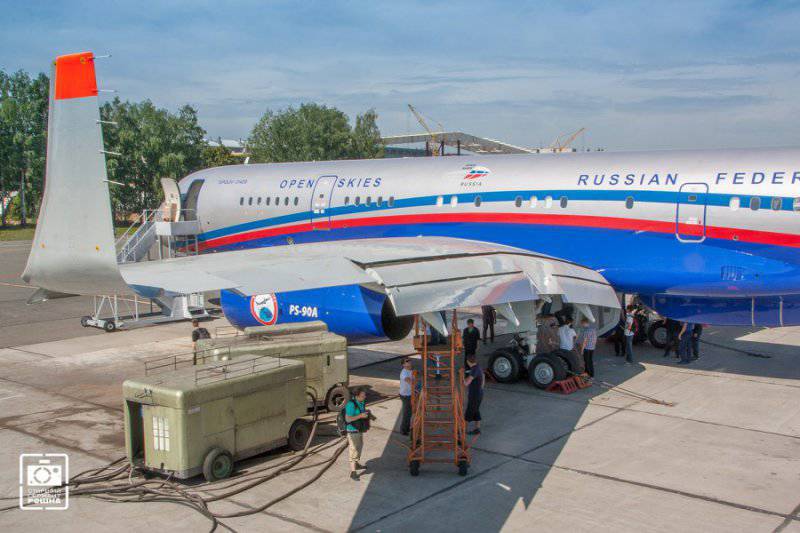 Formally, this trip was timed to one important event - the transfer of the second plane of the Tu-214ON line to the Russian Air Force. However, I'll start everything in order.

I must say that we had no time limit. The press service of the plant allocated two days to the acquaintance with the aircraft “spy” - Tu-214ON and the study of the process of upgrading supersonic bomber-carrying Tu-22М3 bomber.

The first in the program was announced Ultra complex for Americans TU-214OS. Why Americans are so afraid of him, I tried to find out with the help of three specialists. Deputy Technical Director of the Kazan Aviation Plant Sergey Shmarov, Representative of the Concern of Radio Engineering Vega, JSC - Deputy Chief Designer of the Open Sky Observation System Vladimir Medvedev and Senior Engineer Inspector of the Russian Air Force - Lieutenant Colonel Oleg Lutsiv. 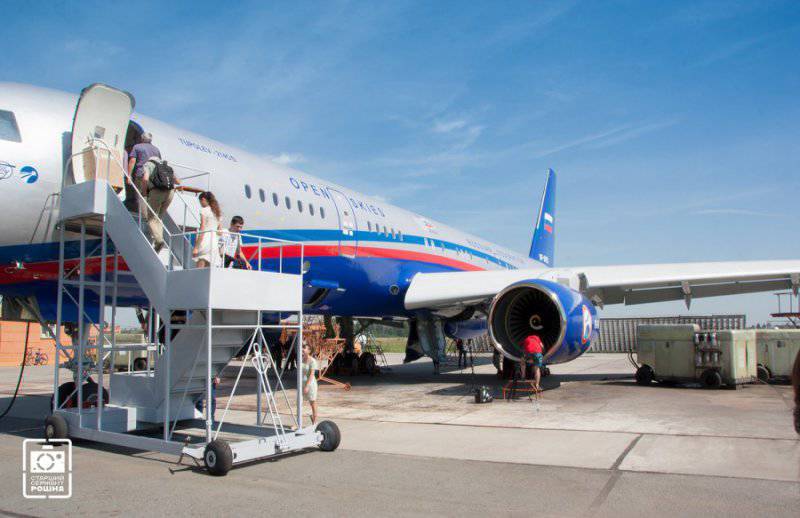 Until today, 7 aircraft operated as part of the Russian Air Force under the Open Skies program: five - An-30B, one - Tu-154MLK, one - Tu-214ОН. Now in the ranks will serve two modern Tu-XNUMHON.

Sergey Shmarov spoke about the purpose and some technical characteristics of this aircraft: 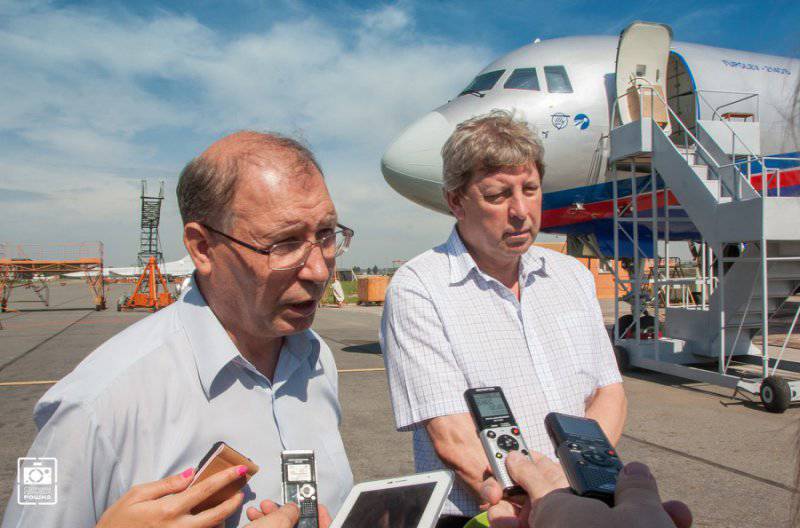 “The Tu-214 is a two hundred upgrade of the Tu-204.” During certification, it was decided to assign the name to the aircraft - Tu-214. What are its differences from the “two hundred and fourth”? Mechanized container loading was introduced in the BSC (luggage compartment), the chassis were modernized and reinforced, a second additional door was installed (near the engine). Changes are made to the layout of the aircraft - the placement of rack equipment. Composite materials are used in the mechanization tools (elevator, rudder, slats, flaps, wing wings, landing gear wings). These and many other additional innovations made it possible to lighten the weight of the aircraft and increase its take-off weight to 110,7 tons. In addition, the flight distance was increased to 7200 km. 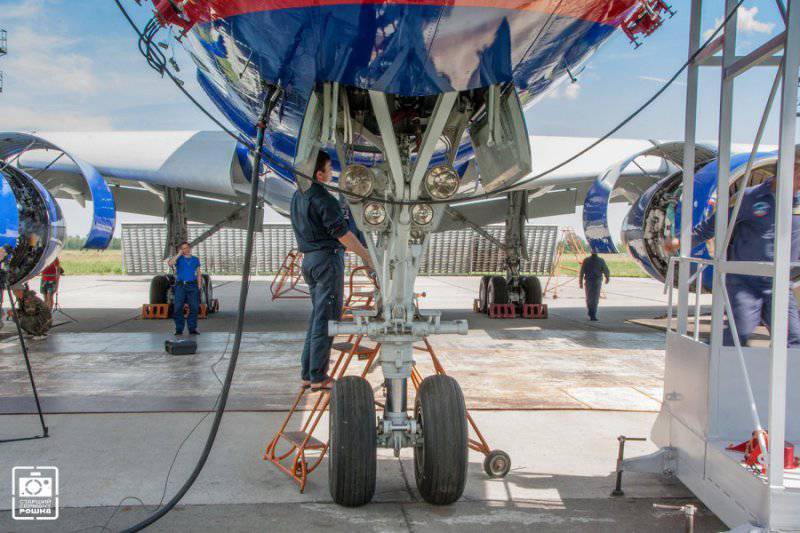 As for the changes for the “Open Sky”, this is the know-how on the introduction of an additional power supply system. The system allows you to separately power special airborne systems using additional generators. With this system, we have increased the flight of an aircraft in an emergency to 120 minutes, which meets the requirements of ETOPS. Both aircraft (tail numbers 64519 and 64525) for this program are twin brothers. The only difference that wasn’t accomplished was that they planned to install film cameras on the first aircraft, but then they installed digital ones.

Under the contract, the delivery provides only two cars of this modification. This type of aircraft in the 2005 year was chosen by the Ministry of Defense (the head of the Air Force’s weapons made this decision). A planned replacement of the Tu-154 with an aircraft of the same class, but with more economical characteristics, was envisaged. 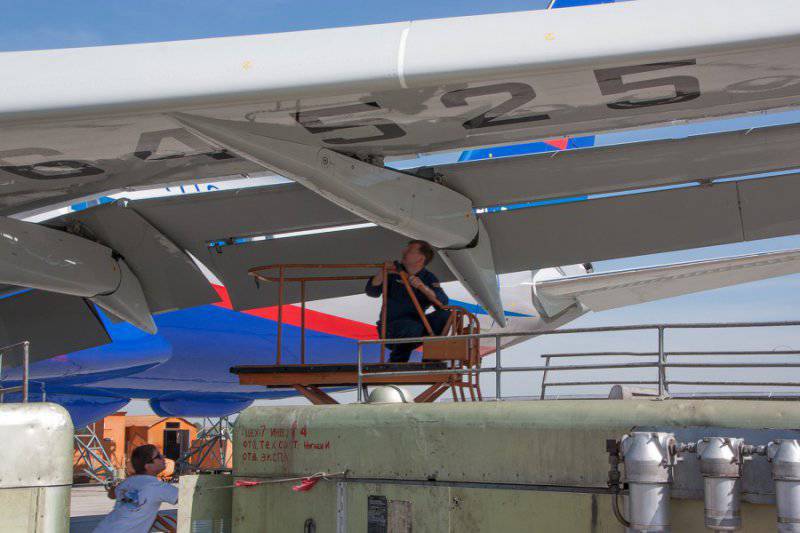 Very carefully, but the question of the purchase of the Tu-214ON by foreigners for the Open Sky program is being considered. During the two MAKS, representatives of a dozen countries were interested in this aircraft (including rental).

About aviation The surveillance system installed on the Tu-214ON, shared information by Vladimir Medvedev: 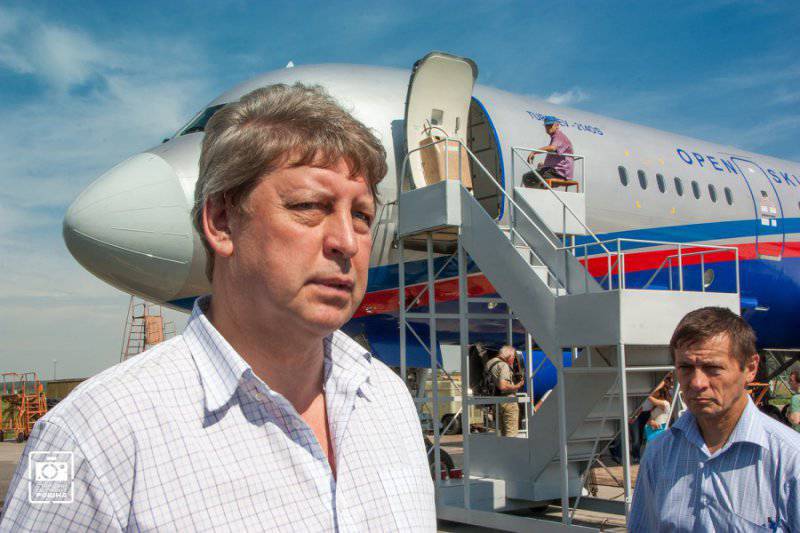 “34 countries (European countries, the USA and Canada) take part in the implementation of the Open Sky program. The contract allows you to create observation aircraft and fly over the countries that have signed the contract. Every country has the right, but does not always do it. This plane, according to many experts, is the best among the existing observation aircraft. All foreigners envy us with this plane. Now it is up to the examination of the equipment of this aircraft - a very difficult and capacious process of work. This will be done by specialists of the Ministry of Defense. If they attract us, we will help them. The first plane while abroad does not fly and is based in Chkalovsky. At the end of last year it was handed over to operation. During this time, the pilots and onboard operators passed a special training course. 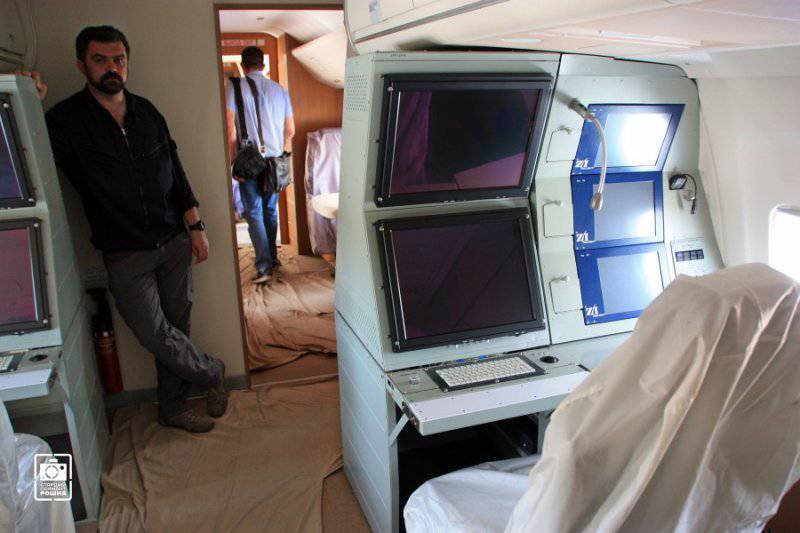 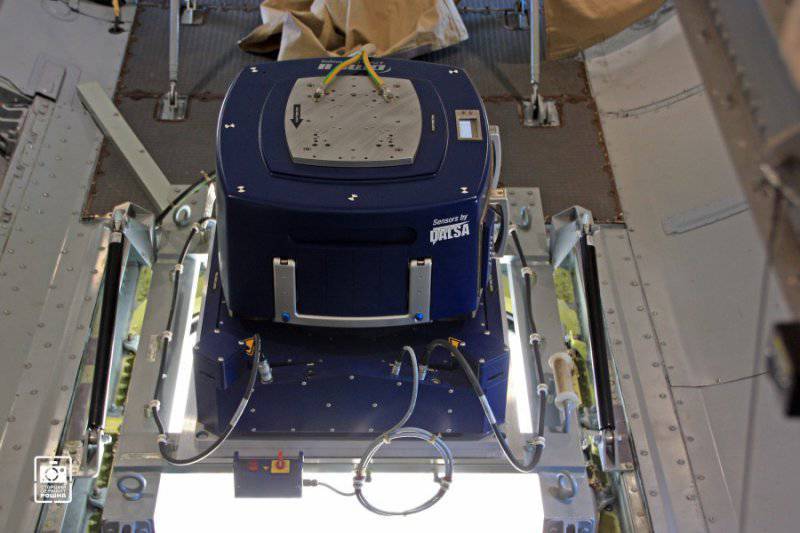 Abroad such aircraft can only fly in peacetime. The plane was made purely to control the military infrastructure of other countries - legal intelligence. The quota of Russia is 42 flying over countries (while An-30B is flying over Europe, over the USA and Canada Tu-154 flying). Cameras do not reach the grip areas a little at the request of our consumers, but three cameras (one central and two lateral) in total provide the desired coverage area. 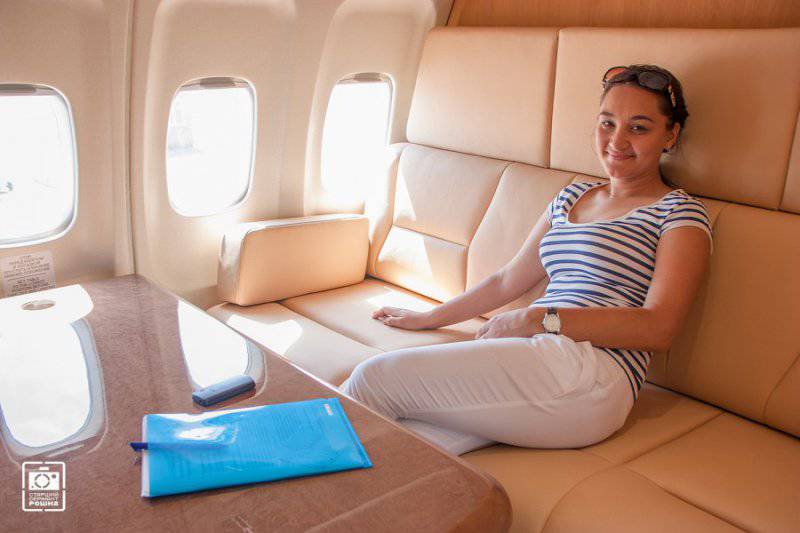 All planes of foreign countries mostly have simple film cameras. If we talk about airplanes, then the “Turks” and “Swedes” have quite good sides. Aircraft of this destination have the right to fly everywhere along the previously agreed route. If there are no dangerous phenomena, no one has the right to refuse to fly. Flight altitude should be such that the resolution is not better than specified in the contract. For example, for a film camera, the resolution in 30 cm. Is reached at an altitude of 3 km. (below it does not have the right to include this equipment). If this configuration of the Tu-XNUMHON is fully certified by foreigners, then the aircraft will be allowed to fly abroad. " 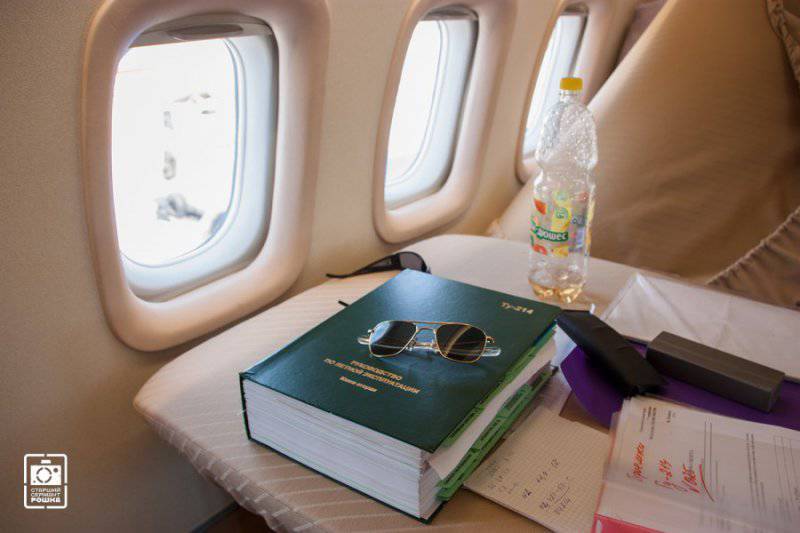 On the management of the aircraft and the program "Open Sky" Lieutenant Colonel Oleg Lutsiv briefly responded: 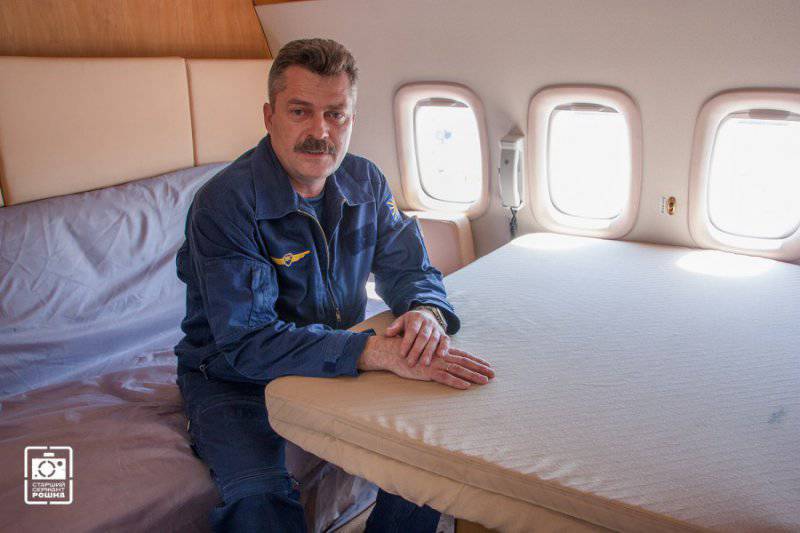 “My duties include crew training on these types of aircraft. In this configuration, the crew of the Tu-XNUMHON is five people - a navigator and an onboard radio operator were added to the pilots. Compared to the “carcasses”, “silts” and “anusks” of the past years, I can only say one thing: there is less hydromechanics and more electronics. Sometimes you want to push the pedal to the floor. The Americans still for some reason fly on 214 Boeing. As for the Open Skies program itself, I flew in many countries and it seems to me that only we and the Americans need this. This is a kind of alternative to satellite tracking! ” 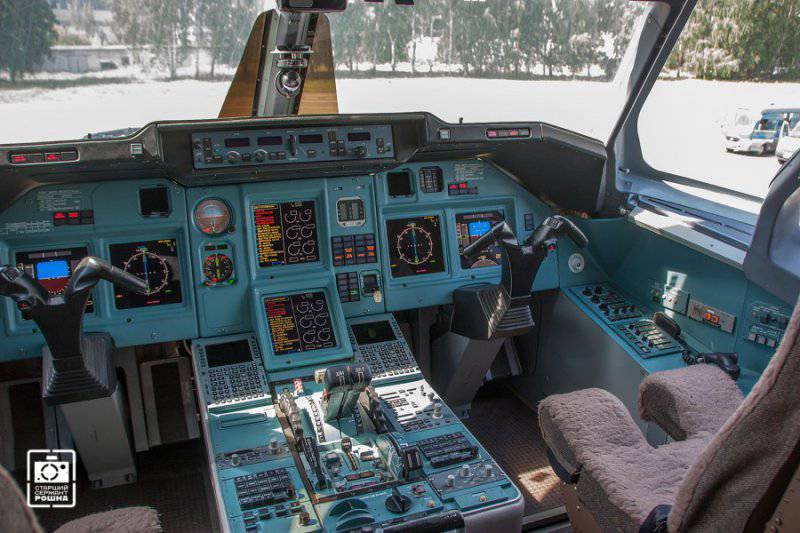